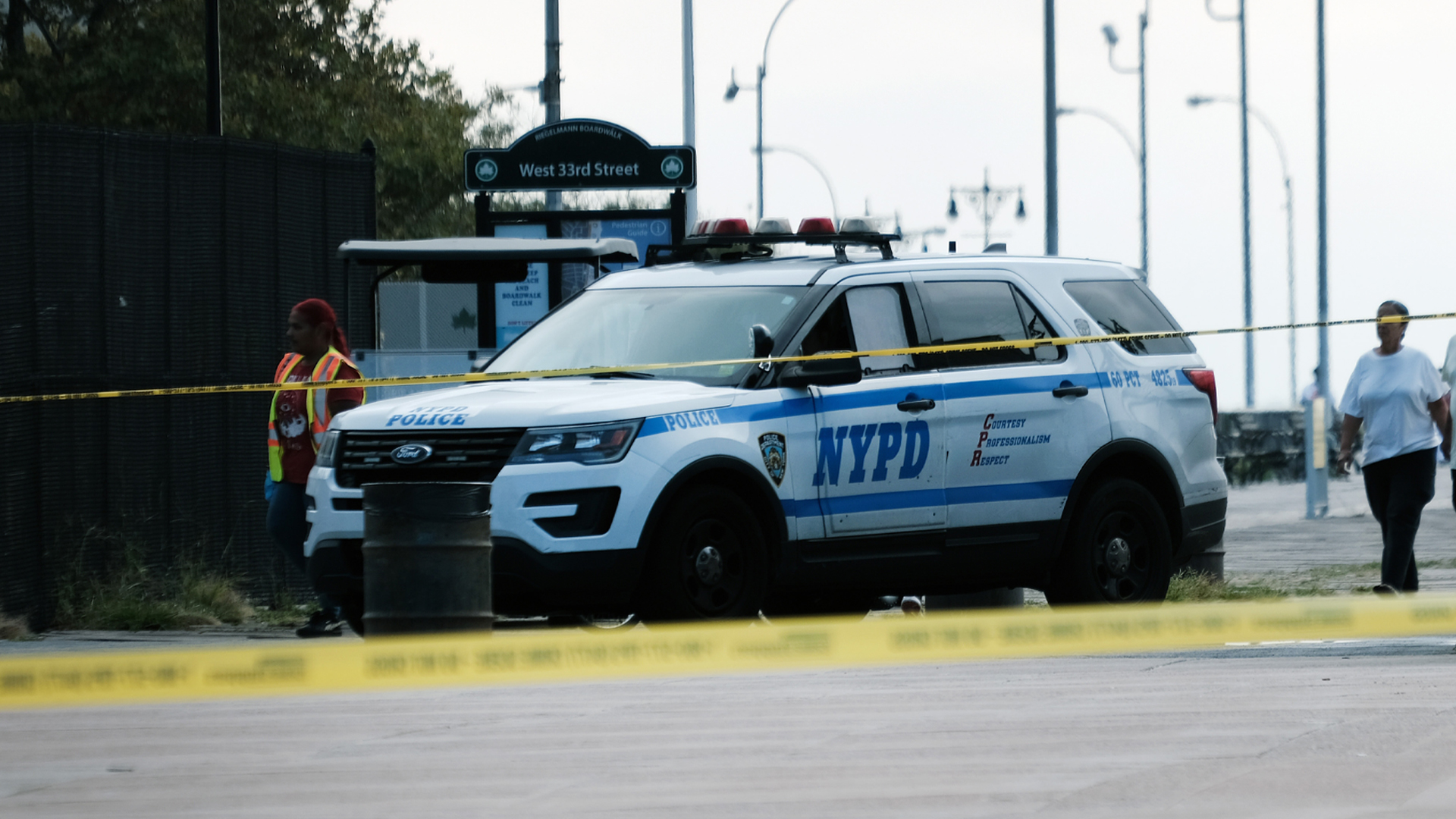 
A MOTHER accused of drowning her three children reportedly said she had dreams of the kids in the water after their bodies were found on a beach on Monday morning.

Erin Merdy, 30, is being held in a psychiatric ward in Brooklyn after being charged on Thursday with the murder of her kids, Lilina Stephen, 4; Zachary Merdy, 7; and 3-month-old Oliver Bondarev.

Merdy was found alone, barefoot and soaking wet on the boardwalk in Brighton Beach after a family called a welfare check at 3am fearing that the children were in danger.

She had reportedly told a family member “the babies are gone.”

Their bodies were found two miles away on the shoreline in Coney Island as Merdy made the shock admission to cops that she had drowned them.

They were pronounced dead at the hospital.

Merdy was reportedly incoherent and rambling when she was arrested by cops, CBS News reported.

She also reportedly told cops that she had “dreams of the babies in the water and “imagined walking the kids into the water.”

The deaths come after Merdy was reportedly already investigated by the city regarding her children’s welfare.

The City’s Administration for Children’s Services had opened an investigation into Merdy two years ago after her boyfriend said she wasn’t sending her kids to school, CBS said.

No arrests were made.

In April, Merdy’s boyfriend allegedly slapped Zachary, but no evidence was found to support abuse.

In a statement, the ACS told CBS2: “We are investigating this tragedy with the NYPD.”

Merdy’s estranged ex-husband, Derrick Merdy, told The New York Times that Zachary, his son, often arrived to visits dirty and complaining that he hadn’t been given enough food.

The two were reportedly in a custody battle, a relative told the New York Post.

“He had issues with the way she was raising the child, from what I understand,” Levy Stephen told the outlet.

“She kind of went off the grid after that changed her numbers. She wasn’t on social media — at least not to the point that I could find her.”

“I’m in school with them, I’m on the field with them — I’m damn near their uncle. It’s hard right now… I love every kid that plays for me like my own,” said Brown, who also lives in the same apartment building as the family.

“Zach was a very bubbly kid who was full of life. Just full of energy, you know you’d have to say ‘enough, enough.’”

“From what I know she was a good mother. She was always with her children, always with her babies. You never know what people are going through. People mask their depression very well,” he said.

The medical examiner’s office in New York City ruled the deaths homicides by drowning on Tuesday, according to the New York Times.

Merdy has been charged with murder, murder with depraved indifference to human life, and murder with a victim under 11 years old, police said.