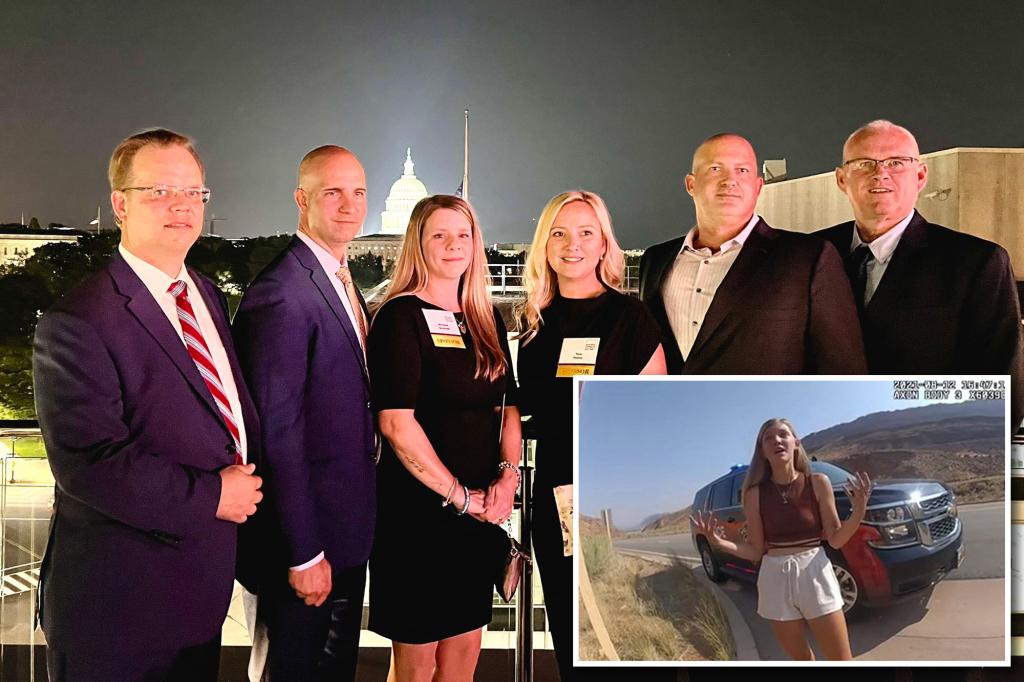 
Gabby Petito’s parents visited Washington, D.C., on Thursday to commemorate the 25th anniversary of the creation of the National Domestic Violence Hotline, amid what activists are calling a “national health crisis” that affects nearly a quarter of American women and one in seven men.

After Petito’s August 2021 slaying at the hands of her former fiancé Brian Laundrie, her parents established the Gabby Petito Foundation and have become activists dedicated to raising awareness for both victims of violence at the hands of loved ones and for missing persons.

Petito’s parents and stepparents on Thursday attended Hope Is On The Line in the nation’s capital, where nearly 200 survivors, activists and lawmakers met to commemorate the hotline’s work.

“We cried most of the evening, but we are so proud to be part of this,” Petito’s mother, Nichole Schmidt, tweeted after the event. “We want to help, we want to make change, we want to fight!”

The foundation held its first fundraiser on Long Island last year, just days before Laundrie’s remains would be discovered in a swamp near his parents’ Florida home. Ten months later, the foundation donated $100,000 to the hotline.

“We answered our first call in 1996,” the hotline said in a statement after Thursday’s event. “Since then, we’ve responded to the calls, chats, and texts of more than 6 million people impacted by relationship abuse.”

“28 years ago, the Violence Against Women Act became law,” he tweeted. “I wrote VAWA to fight the scourge of domestic violence. It also created the National Domestic Violence Hotline, a lifeline for survivors. Because of the Act, lives have been saved, children protected, and futures restored.”

Domestic violence is “a national health crisis,” according to the hotline, which cites alarming statistics.

According to data shared on its website, nearly a quarter of U.S. women and one in seven men “have been the victim of severe physical violence by an intimate partner in their lifetime.”

That amounts to roughly 12 million Americans a year. The highest rate is among women between 18 and 34 years old, and more than 75% of female domestic violence victims have been previously attacked by the same offender.

Nearly half of the population, regardless of gender, has “experienced psychological aggression by an intimate partner.”

Roughly two weeks before Petito’s slaying, police pulled over a speeding Laundrie, who crashed into the curb outside Arches National Park in Utah. Despite his erratic driving and reports of a man seen hitting a woman in broad daylight, officers made no arrests and issued no citations. Instead, they left a visibly shaken Petito alone in her converted camper van and drove Laundrie to a motel, where the manager later told Fox News Digital that there was no confirmation the man actually stayed for the night.

An outside investigation into the August 12, 2021, incident found “unintentional mistakes” and issued a number of recommendations on how the department should move forward, including providing domestic violence investigation training to the officers involved.

The city has declined to comment on the case, citing pending litigation filed by Petito’s family.

If you or someone you know is suffering from domestic violence, please contact the National Domestic Violence Hotline at 1−800−799−7233 (SAFE).