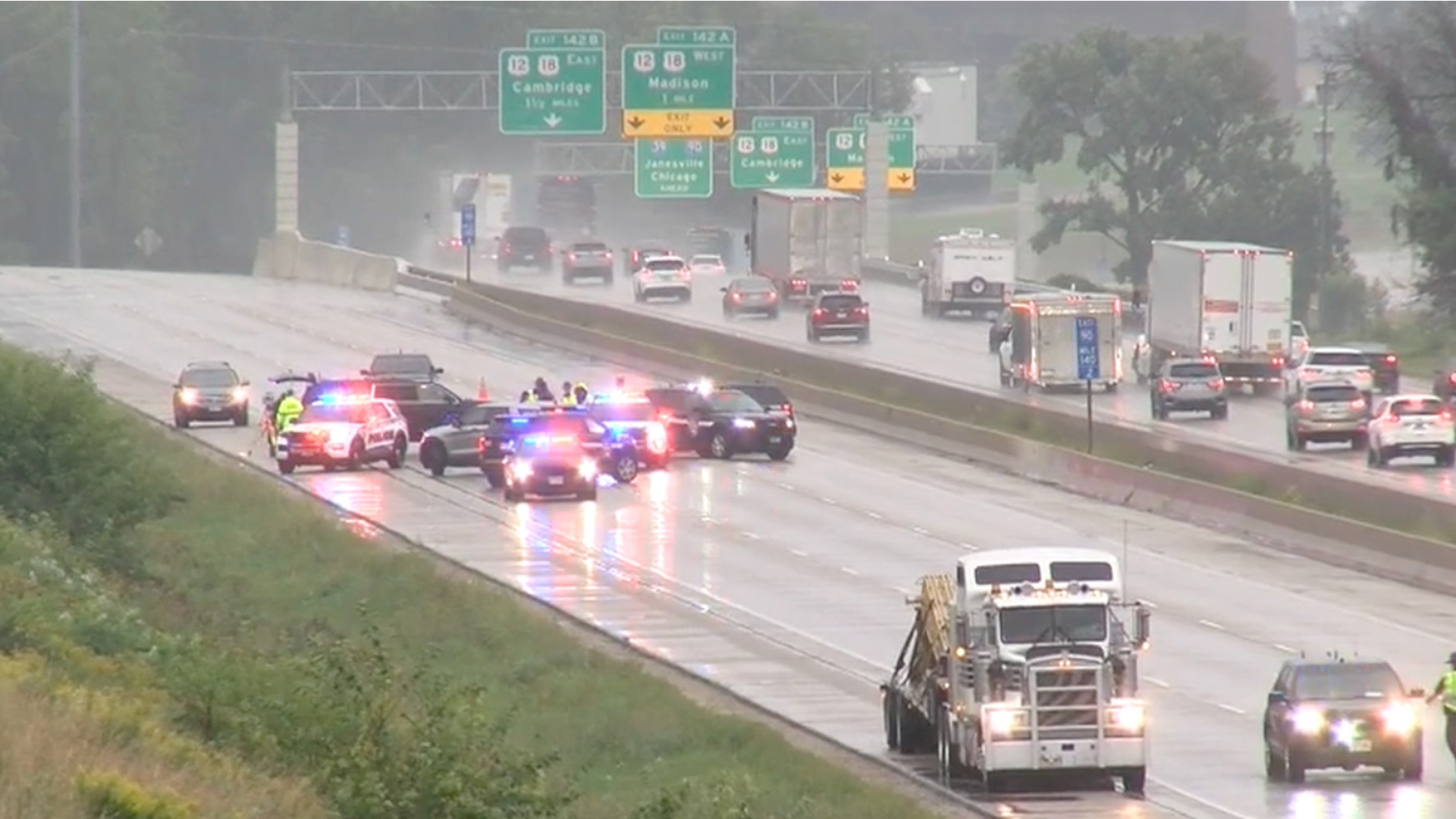 
THE bodies of two members of the same family were found miles apart from one another as horrific details emerge from the disturbing tragedy.

Jason Wray is believed to have killed his wife, Jessica, before taking his own life on Sunday in a brutal murder-suicide that ended with him walking in front of a semi-truck on the interstate.

Officers arrived at the scene, responding to reports of a dead body at the couple’s home.

A woman, who had been “violently physically attacked,” was discovered by police who tried to locate her husband.

More calls came in to 911 reporting that a man was struck by a vehicle but not seriously injured.

Reportedly, the man got back into his car after being hit and drove to Interstate 90, where he “once again, got out of his vehicle on foot, and this time, stepped in front of a semi-truck,” said Madison Police Chief Shon Barnes.

Jessica died of blunt force trauma and multiple stab wounds while Jason died from his injuries after being hit by the semi-truck.

The couple both worked as physician assistants at the University of Wisconsin Health.

“We are devastated by the news of this unspeakable tragedy and our hearts are with the family and friends suffering this terrible loss,” said UW Health Press Secretary Emily Kumlien in a statement.

“The well-being of our staff and providers is a top priority, and we will continue to provide emotional support to them as they grieve. We urge the community to respect the privacy of all who are grieving and to show support through the fund established for the family if you are able.”

The crime has left behind the couple’s three children and now the community is doing what they can to support them following the loss of their parents.

“It’s a very tight-knit neighborhood. It’s a neighborhood where the kids play outside a lot, run around together,” Luke Hoffman, a family friend and neighbor, told News 3 Now.

“The families take care of each other.”

Hoffman added that the situation is “incredibly difficult” for the family and the community is looking for ways to help in any way they can.

A GoFundMe page was created by neighbors in the area to raise money for the couple’s funeral costs and to support their children.

“These kids are surrounded by so much love, but growing up after losing both parents will take a lot more,” read the description of the fundraiser.

“Please help in any way you can. Every little bit helps.”