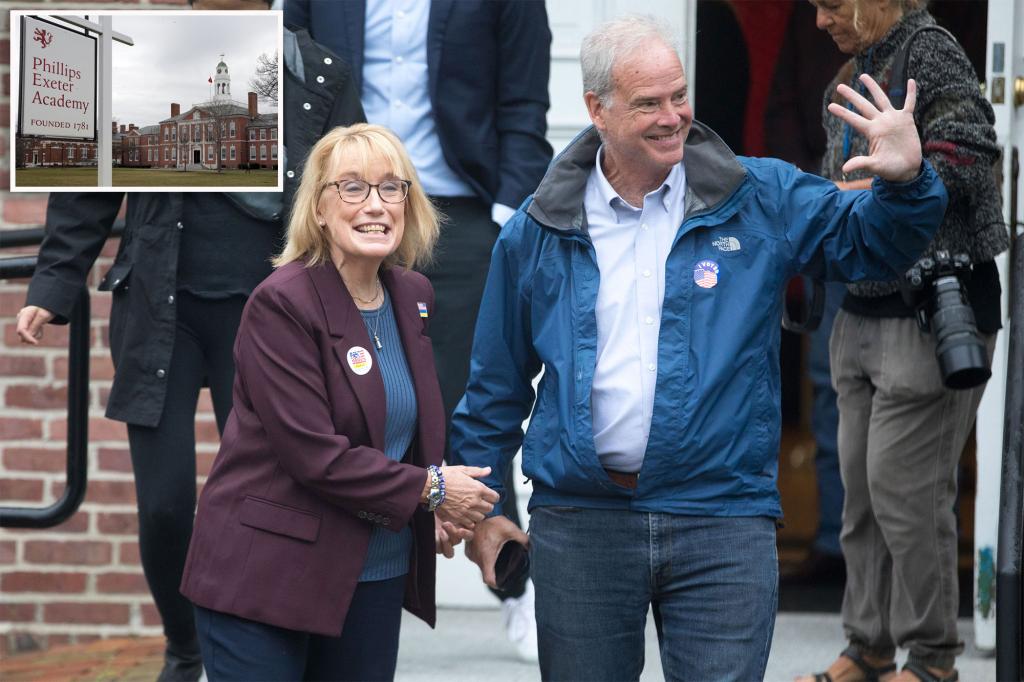 
The husband of Sen. Maggie Hassan, D-N.H., who is currently running in a tight race to keep her seat, played a role in the mishandling of a sexual abuse scandal at an elite secondary school in New Hampshire, according to an independent investigation.

Tom Hassan failed to properly handle allegations of misconduct at Phillips Exeter Academy (PEA) while serving in leadership at the elite boarding and day school located in Exeter, New Hampshire, independent law firm Holland & Knight concluded in a report published in August 2018. The investigation stated that school leadership failed to establish an effective protocol for students, faculty, and employees to raise complaints.

“Reflective of this absence of protocol was that some individuals who experienced different forms of sexual misconduct at various points were not able to seek assistance or, when they sought assistance, were not treated consistently or fairly,” the Holland & Knight report stated.

“Emerging from these systemic deficiencies was a pattern of PEA failing to respond to, investigate, and communicate internally regarding reported misconduct in an effective and appropriate manner and, in certain circumstances, failing to report misconduct to the appropriate authorities,” it continued.

In one case, after PEA history professor Richard Schubart admitted to having a sexual relationship with a student in 2011, Hassan forced him to resign from his position. However, Hassan allowed him to retain “emeritus status,” attend school events and continue to participate in student life.

It was not until 2015, after Hassan retired and after Schubart admitted to a second relationship with a student, that PEA formally severed ties with Schubart. Holland & Knight’s investigation determined Schubart allegedly made sexual contact with four former students and gave a fifth student an unsolicited and inappropriate gift of underwear.

However, Schubart and his wife were appointed to leadership committees on Sen. Hassan’s 2012 gubernatorial campaign after he was forced to retire from PEA in 2011. In March 2012, months after admitting to having a sexual relationship with a student, Schubart was appointed to the Hassan campaign’s Rockingham County Steering Committee, the Washington Free Beacon reported in 2016.

“My husband and I both have to strive to keep the confidentiality required by our positions, even when we are talking with each other,” Sen. Hassan told reporters in 2016 during her first bid for Senate, according to WMUR-TV. “But I did sense something was wrong when Mr. Schubart abruptly left campus.”

“And I should have worked more actively to review my public supporter and steering committee lists and remove him from it,” she added. “And I apologize for that.”

In addition, Tom Hassan never informed the Association of Boarding Schools of Schubart’s conduct and forced resignation before the group awarded the teacher a prestigious teaching award in 2013. As a result, the group’s board voted to censure Hassan in 2016, The Portsmouth Herald reported.

“Senator Hassan’s opponents tried to use the same misleading attacks on her family in 2016,” Hassan campaign spokesperson Kevin Donohoe told Fox News Digital in a statement. “Six years later, they’re trying to bring back these desperate attacks to distract from Don Bolduc’s extremism.”

Sen. Hassan is facing Republican candidate Don Bolduc in the upcoming midterm election in November. The Cook Political Report rates it as a “lean D” race.

Overall, the Holland & Knight investigation revealed that several faculty members who worked at PEA during Tom Hassan’s time as principal were accused of sexual misconduct or assault, according to the investigation.

At least three of the teachers also had a noted record of abuse stretching back decades, but because the schools had two separate files — one with human resources and one with the principal’s office — PEA administrators had an “incomplete view” of the accusation history.

“Of those 28 matters, 26 involved reported misconduct of a sexual nature by a PEA faculty or staff member towards a PEA student occurring at various points spanning from the 1950s to the 2010.”