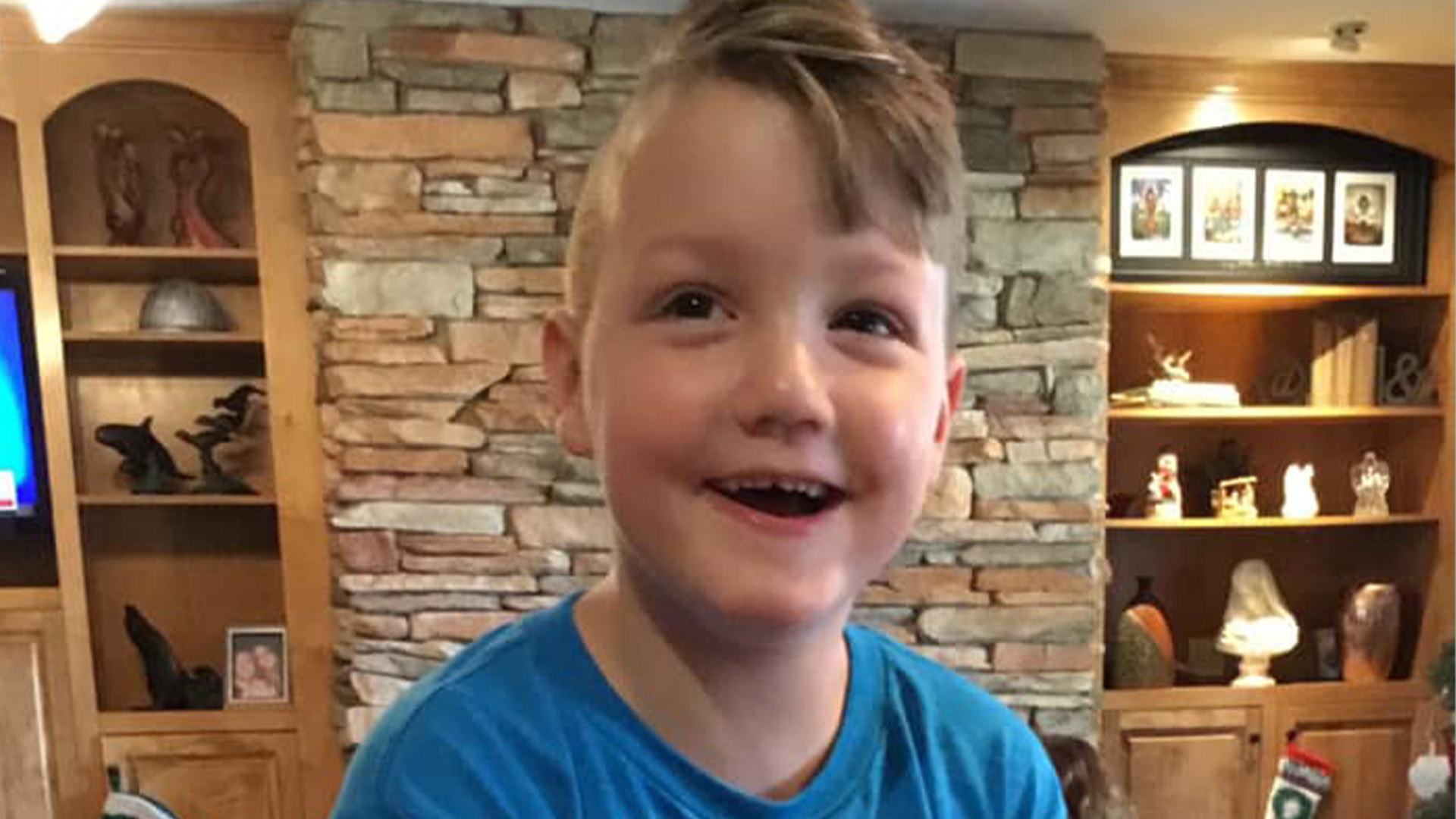 
A GRANDMA of one of Lori Vallow’s slain kids says she used to wake up screaming in the middle of the night during the nine months she spent helplessly waiting for updates about her missing grandson.

Kay Woodcock last saw her seven-year-old grandson Joshua “JJ” Vallow during a brief Facetime call on August 30, 2019, just weeks before he vanished without a trace, never to be seen alive again.

The young boy, who was autistic, disappeared on September 23, 2019, just days after his sister Tylee Ryan, 16, also vanished under mysterious circumstances shortly after the family moved from Arizona to Idaho.

For months, Lori Vallow maintained her children were safe and living with family members in Arizona, even as she married for a fifth time to Doomsday author Chad Daybell and relocated to Hawaii amid a police investigation.

Kay also desperately pleaded with Lori via text and email for information about JJ’s whereabouts but her persistent inquiries went unanswered.

“It was like being in the pits of hell and you couldn’t escape,” Kay told The U.S. Sun of her agony in the weeks and months after JJ’s disappearance. 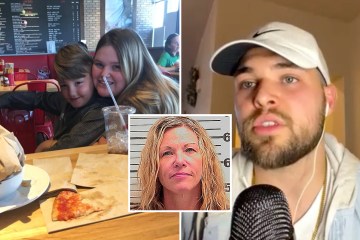 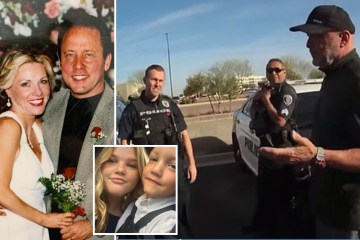 “It was just nine months of pure hell, of not knowing, of just that pit in your stomach that just would never go away.”

Determined to stay positive, Kay said she didn’t for one minute allow herself to think that anything nefarious may have happened to JJ, despite a series of ominous warning signs.

Less than three months before JJ disappeared, Kay’s brother Charles Vallow – Lori’s fourth husband – was shot dead by Lori’s brother Alex Cox as he arrived at her home in Chandler, Arizona, to pick up JJ.

Cox initially claimed self-defense, alleging that Charles Vallow had charged at him wielding a baseball bat. Those claims have since been discredited by investigators, with prosecutors charging that Cox killed Charles at the direction of Lori.

But while she believed Charles had been murdered by Lori and Cox from the moment she learned of her brother’s fate, Kay said she didn’t believe Lori would ever harm her kids.

“I thought maybe they can shoot adults but she’s not going to kill her kids,” said Kay.

“She wasn’t going to hurt them, I was sure.

“I was so convinced she had them in a commune in Utah somewhere, with one of those extreme fringe groups that she and Chad were a part of.

“There’s no way I could accept the fact he was dead just because we couldn’t find him.”

Along with her husband Larry, Kay had spent several months traveling around the country raising awareness about JJ and Tylee’s disappearances, before returning to their home in Lake Charles, Louisiana, to take a two-week break.

Alone with her thoughts, Kay said doubts started to creep in – sometimes causing her to wake up in the middle of the night screaming and crying.

“In that two weeks, we were home and didn’t do anything and I started having doubts – that’s when things started settling in on me,” she said.

“I would wake up during the night screaming, crying uncontrollably and I couldn’t stop, it was so bad.

“I never had anything like that ever before – never.

“I don’t remember any dreams or anything but I just woke up screaming and crying.

“I was traumatized at this point but I still refused to believe JJ was dead.

Kay’s worst nightmares would tragically become a reality on June 9, 2020, when investigators made a horrific discovery after serving a search warrant at Daybell’s Salem, Idaho home.

In the backyard of the property, police found two sets of human remains buried in shallow graves that were soon confirmed to be Tylee and JJ.

Tylee’s remains had been dismembered and burned, while JJ was found buried in his red pajamas and wrapped in plastic bags with tape covering his mouth, arms, and wrists.

Kay and her husband were alerted to the news of the grim discovery via an early morning telephone call that awoke them from their bed at 6.45am.

The couple was called by an FBI agent who told them a swath of law enforcement personnel were at Chad Daybell’s home conducting an extensive search of the property and its grounds.

Asking the agent to keep them in the loop, Kay and Larry sat idly by the phone for the next several hours, barely exchanging a word as they waited for it to ring again.

The call would eventually come through at around 1pm.

And on the other end of the receiver was a prosecutor with the District Attorney’s Office with some gut-wrenching news.

“We’ve found two bodies and we believe they’re JJ and Tylee,” Kay remembers the prosecutor telling her. “We still have to do a DNA test but we’re pretty sure it’s them.”

After receiving the worst possible news, Kay said she felt herself slip through the veil of reality and disassociate from her surroundings, insisting nothing felt real any longer.

She and Larry flew out from Louisiana to Idaho the next day to see where their grandson’s life came to a tragic end.

“We flew out the next day because we just needed to be there,” tearfully recounted Kay.

“We just needed to be there, I don’t know, just to be close to him I guess.

“And I just… It still blows my mind to this day, how could she be so cruel to a seven-year-old?” she added, tears flowing more freely than before.

Chad Daybell was taken into custody the same day Tylee and JJ’s bodies were found.

Both he and Lori were later indicted by a grand jury on a number of charges related to the kids’ deaths, including first-degree murder and conspiracy to commit murder.

Lori’s brother Alex Cox was also believed to be involved in their murders but escaped charges after his sudden death in December 2019, which was reported to be the result of “natural causes” spurred by high blood pressure and blood clots wedged in his lungs.

Prosecutors alleged that Lori wanted JJ and Tylee dead because she had grown convinced – with encouragement from Daybell – that they had been possessed by “dark spirits” and therefore needed to be purged.

Her death, which was initially ruled to be the result of a “cardiac event”, came in October 2019 just two weeks before Vallow and Chad Daybell tied the knot in Hawaii.

Authorities now deem her death to be suspicious, with court documents saying that Cox attempted to shoot Tammy about ten days before she died – and eight days after Brandon Boudreaux was fired upon.

Tammy’s body was exhumed but the results of her second autopsy have not been disclosed to the public. Cox died a day before the exhumation took place.

After a long, drawn-out legal process during which Vallow claimed she was unfit to stand trial, both she and her Doomsday-loving fifth husband will face trial in January next year on a slew of charges.

The pair have both pleaded not guilty and could face the death penalty if convicted.

Kay told The U.S. Sun she’s looking forward to getting justice for JJ and finally putting the immeasurable heartbreak of the last three years behind her.

Remembering her grandson, she said: “When I think of JJ I think of joy.

“We miss him every day.”