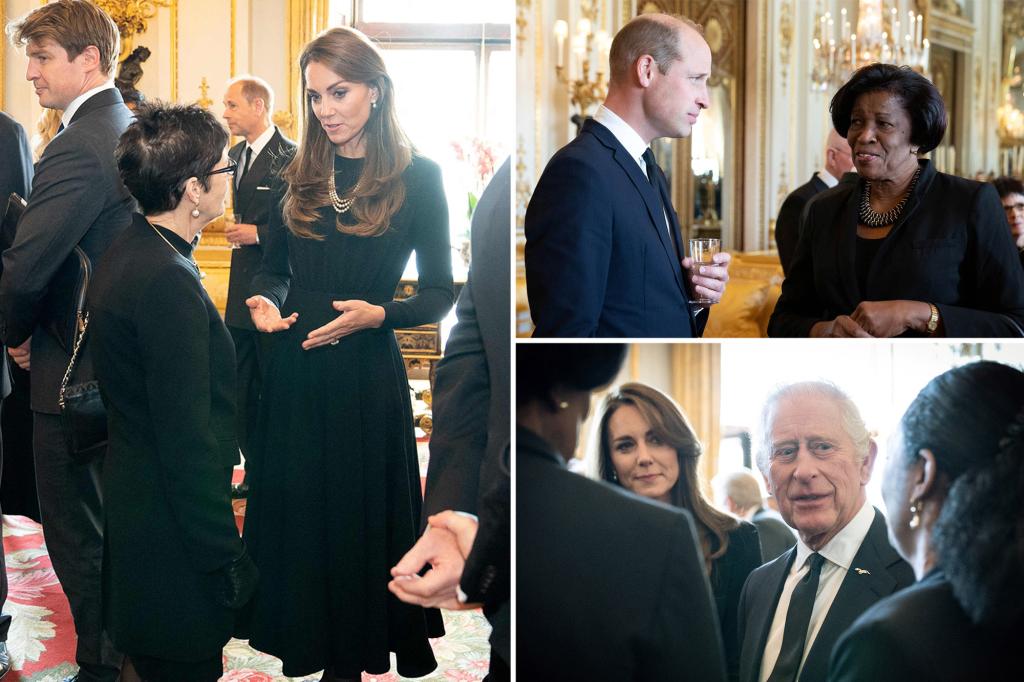 
Prince William and Kate, the new Princess of Wales, reveled in their senior-royal status Saturday as they helped King Charles and Camilla, the Queen Consort, host a Buckingham Palace lunch for dignitaries arriving for the Monday funeral of Queen Elizabeth II.

Prince Harry and his wife Meghan Markle were nowhere in sight as the governors-general of the British Commonwealth realms gathered in the royal home for the welcoming meal.

Representatives of such far-flung nations as Australia, Canada, Tuvalu, Belize, New Zealand, and others were all in attendance. Many had already stopped at London’s Lancaster House to sign an official book of condolence.

Kate, dressed demurely in a long-sleeved, high-necked black dress and pearls, appeared to relish her role as her mother-in-law’s deputy hostess.

She and Camilla beamed at one another as they conferred before separating to attend to their guests.

The Princess was seen placing a comforting hand on the arm of Cyril Errol Melchiades Charles, Governor of St. Lucia, and joining in lively conversations with other officials.

The Waleses are set to take a more prominent role in the day-to-day doings of “The Firm,” as the royal family is known, now that Charles has assumed the throne — as William’s brother Harry, who quit royal life in 2020, and his wife Meghan remain on the outs.