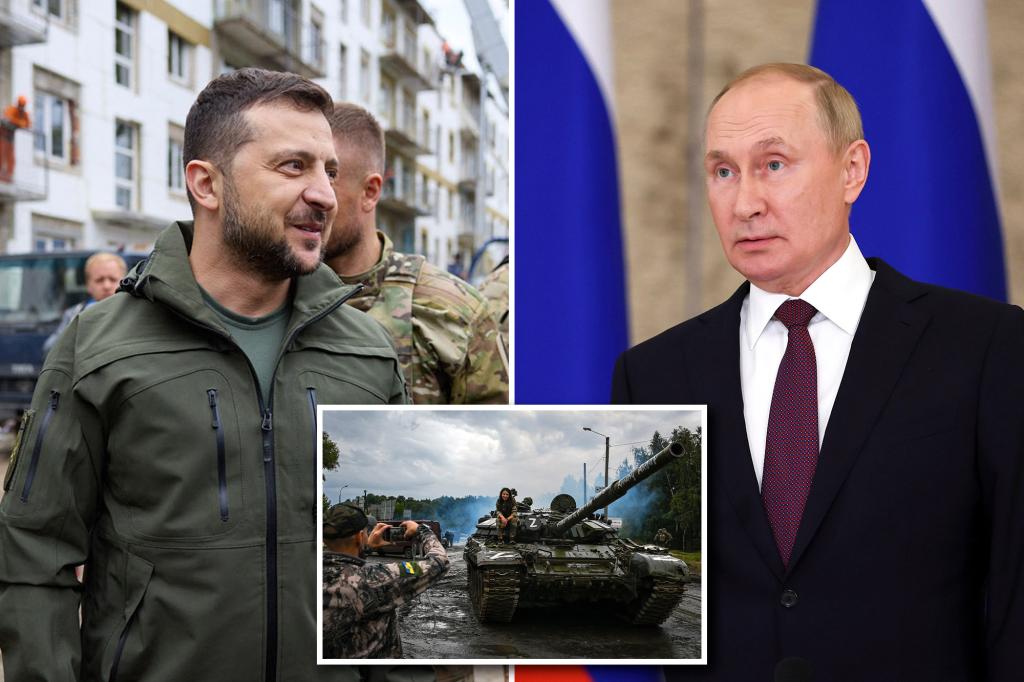 
Russian forces may be trying to regroup to take back some of the territories they lost in Ukraine after they were routed in the eastern part of the country last week, according to an intelligence report released Saturday.

“Russia will likely attempt to conduct a stubborn defense of this area, but it is unclear whether Russia’s front line forces have sufficient reserves or adequate morale to withstand another concerted Ukrainian assault,” said the latest intelligence update from the United Kingdom’s Ministry of Defense.

Ukrainian forces continued with their offensive in the northeast of the country, where last week they captured most of the Kharkiv region, including the city of Izium, which had been an important Russian re-supply hub.

For their part, Russian troops have established a defensive line between the Oskil River and the town of Svatove — a key resupply route stretching from the Belgorod region of Russia, according to the intelligence briefing.

“Our offensive operation in the Donbas is not stopping,” said Russian President Vladimir Putin at a summit in Uzbekistan. “They’re moving forward — not at a very fast pace — but they are gradually taking more and more territory.”

“I remind you that the Russian army isn’t fighting in its entirety,” he said. “Only the professional army is fighting.”

Despite the success of the counteroffensive, Ukrainian leader Volodymyr Zelensky said it was too soon to say that the tide of the war was shifting to Ukraine’s side, and continued to press for more weapons from western allies. “It is too early to say the tide of the war, with Russia, is turning, as the outcome depends on the swift delivery of foreign weapons to Ukraine,” Zelensky said in a virtual address Friday.

He added that towns and villages recaptured from Russian forces had been devastated, and accused Russia of war crimes in Izium where Ukrainian emergency service workers dug up a mass grave in a forest outside the city this week.

Izium, which was invaded in April, was used by Russian forces as a key military hub to supply their troops in the eastern part of the country.

Kharkiv regional prosecutor Olexander Ilyenkov told the BBC there is no doubt war crimes have been committed in the city.

“In the first grave, there is a civilian who has a rope over her neck. So we see the traces of torture,” he said