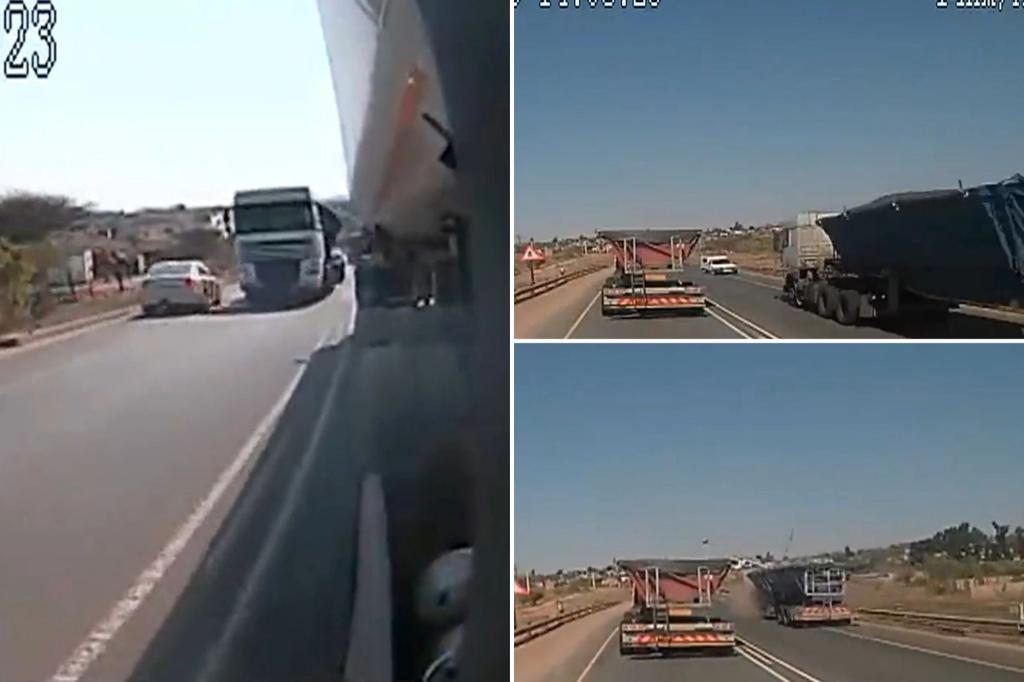 
Nineteen kids and two adults were killed on a South African highway Friday when a truck smashed head-on into a school bus.

The truck driver was caught on dashcam footage trying to illegally pass another truck over a double line on a two-lane highway outside Pongola before it barreled into the bus, local station News 24 reported.

The driver is reportedly facing charges of culpable homicide and negligent driving. He turned himself into authorities after initially fleeing the scene, according to the outlet.

All of the children that were killed were between the ages of 5 and 12, the station said. The two adult victims were reportedly the bus driver and another passenger. It was unclear if anyone on the bus survived.

Local residents said aggressive truck drivers had taken over the roads since rails and ports in the area were taken out of commission.

“Drivers just drive however they want to, and some of the truck companies don’t pay their drivers properly, they pay per load,” Adrian Chaning-Pearce told the station.

“Pongola communities using and living along the N2 are being terrorized, and [there have been warnings] that there will be problems. We have stated to the authorities that [what has happened] was only a matter of time.”