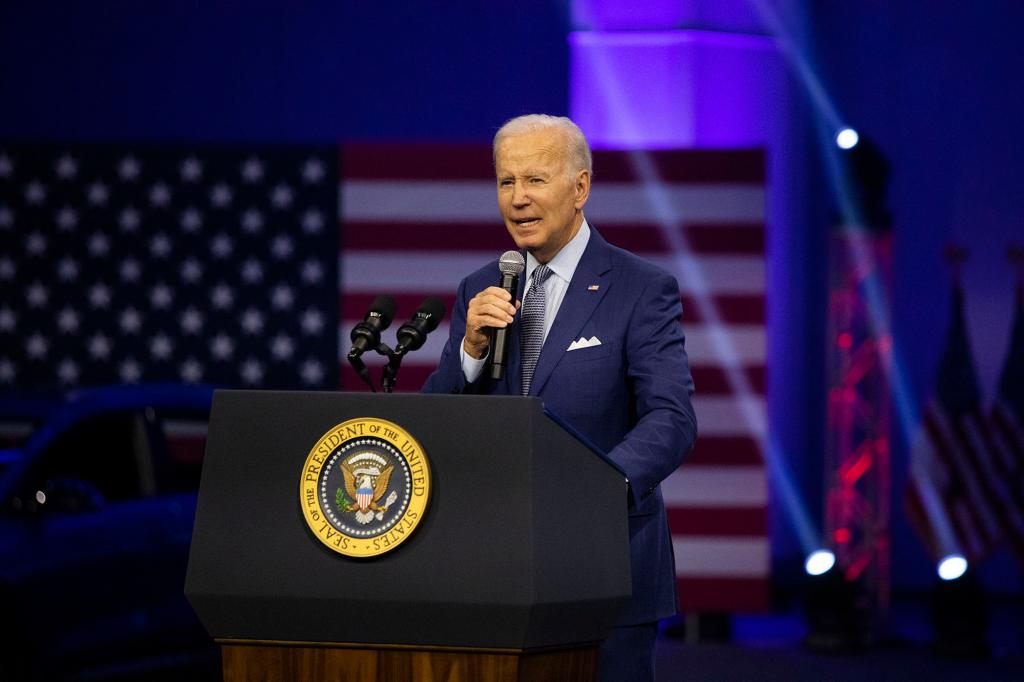 The deal between the two sides came just before a Friday morning deadline to avoid a freight railroad strike.

“The alternative was just not thinkable,” Biden said. “If, in fact, they’d gone on a strike, the supply chains in this country would’ve come to a screeching halt. We would’ve seen a real economic crisis.”

Biden made the comments during an interview with CBS’ “60 Minutes,” which is set to air on Sunday.

The deal reached on early Thursday morning provides rail workers with a 24% wage increase over a five-year period from 2020 through 2024, as well as an average $11,000 immediate payout upon ratification, according to the Association of American Railroads said. The group said that the deal is tentative and subject to ratification by members of the unions.

Biden said during the interview that the two sides were able to work out a deal that is “fair” to both.

“One of the things that happens in negotiations, particularly if they’ve been elongated like these have, is people say and do things where the pride gets engaged as well. And it’s awful hard to back off of some of these things. So, what we did was just say, ‘Look, let’s take a look. Let’s take a look at what’s happening.’ You have a good deal being made for labor. Their income’s gonna go up 24% over the next five years. They’ve worked out the health care piece, they worked out days off. They both sat down, in my view, and they were in the office today saying, ‘Well, we finally figured it out. This is fair on both sides.’ And it took that time to focus,” Biden said.

U.S. Secretary of Labor Marty Walsh said after the tentative agreement was reached that the two sides negotiated for over 20 consecutive hours at the U.S. Department of Labor.

“Following more than 20 consecutive hours of negotiations, the rail companies and union negotiators came to a tentative agreement that balances the needs of workers, businesses, and our nation’s economy, “Walsh said. “The Biden Administration applauds all parties for reaching this hard-fought, mutually beneficial deal. Our rail system is integral to our supply chain, and a disruption would have had catastrophic impacts on industries, travelers and families across the country.”

A railroad workers strike would have had far-reaching effects across the U.S. economy, with the American Association of Railroads estimating that a work stoppage could cost over $2 billion per day in economic output that is lost.

Amtrak preemptively announced on Wednesday it would be canceling all long-distance trains beginning on Thursday, stating that it would only be operating trains with enough time to get to their destinations before a potential lockout began after midnight on Friday.

On Thursday, Amtrak announced it would be operating a full schedule on Friday as a result of the tentative agreement.