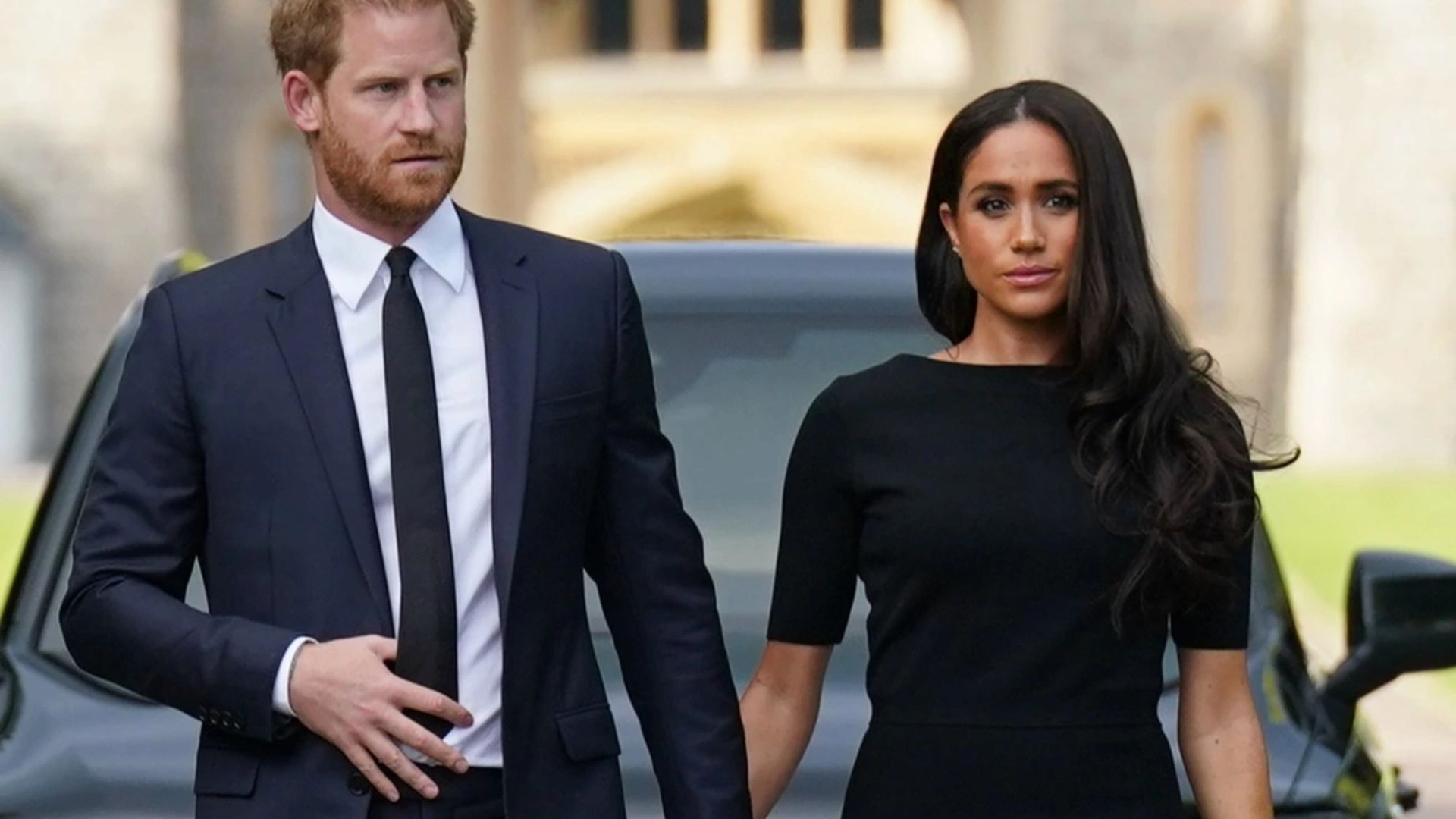 
A PAL of the Duke and Duchess of Sussex has hit out at the decision to ‘uninvite’ the couple from tonight’s ‘reception of the century’.

A friend of Prince Harry and Meghan Markle has said that the choice not to invite the couple to the gathering of world leaders at Buckingham Palace is “beyond bonkers”.

Speaking to The Sunday Times, the unnamed insider said: “It is beyond bonkers if they’re not there. Everyone is coming in from around the world to pay their respects to the Queen.”

They reportedly added that the flip-flop over the invitation, as well as permission for Harry to wear military uniform while holding vigil by the late-monarch’s coffin last night, could leave them feeling “excluded”.

According to the source, the ordeal could give the pair the feeling that “the majority of the operation is against [them].

“It’s hard — nobody likes to feel like they’re being excluded.”

Buckingham Palace will tonight host a state event for the over 1,000 world leaders set to attend the Queen’s funeral tomorrow.

This comes after Prince Harry was reportedly “heartbroken” over the removal of the Queen’s “ER” initials from the shoulder of the uniform he wore for yesterday’s vigil.

It is thought removing the ER initials was due to dress rules, because they are traditionally only worn by those in service to the monarch.

But another source told The Sunday Times: “He is heartbroken. To remove his grandmother’s initials feels very intentional.”

The Prince’s frustrations are thought to be due to his uncle Prince Andrew retaining the letters despite being the subject of a number of scandals in recent years.

Both Harry and Andrew reportedly face being stripped of key royal roles as King Charles plans a shake-up of the Royal Family.

Currently, the spouse of a monarch and the four adults who are next in line to take the throne can be sent on official business as counsellors of the state, according to the 1937 Regency Act.

That now includes Prince Harry, Prince Andrew and Princess Beatrice who are not working members of the Royal Family.

It is understood the King wishes to amend the current standings so that others can step in should the sovereign is abroad or incapacitated.

According to reports, the Earl of Wessex and the Princess Royal could be contenders to take on the role in the King’s absence.