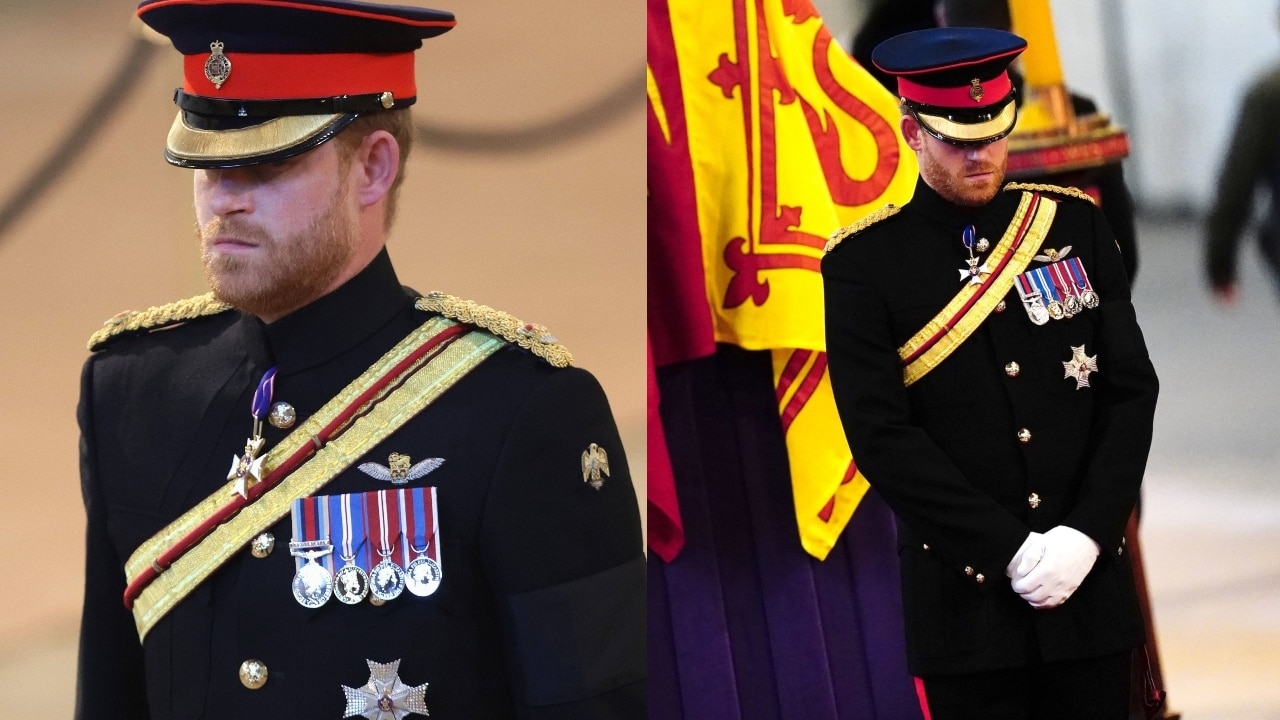 Prince Harry has joined his brother Prince William in military uniform as the Queen’s eight grandchildren held a 15-minute vigil around the late monarch’s coffin at Westminster Hall on Saturday.

Prince William – the first in line to the throne -lead the procession with Prince Harry close behind. The pair were joined by cousins Princesses Beatrice and Eugenie, Zara Tindall, Lady Louise Windsor, Peter Williams and James Viscount Severn.

The Duke of Sussex wore military uniform at his father King Charles III’s request, who wanted his two sons should be equal during the silent vigil.

The 38-year-old who served two tours in Afghanistan, was barred from wearing his military uniform for the procession from Buckingham Palace to Westminster Hall as he had stepped down from royal duties and moved to the United States with Meghan Markle.

However, Prince Andrew, one of the Queen’s sons, was given a “special mark of respect” to wear his military colours, despite being in a similar situation to his nephew.

But following the procession where the pair stood out from the rest of the family, King Charles has reportedly stepped in to give Prince Harry the same privilege.

“It was a ludicrous situation given the Duke of Sussex has served his country and is a highly respected member of the armed forces with everything he has done for veterans.

“It is important the Queen’s grandchildren are all made to feel welcome and comfortable as they grieve their beloved grandmother together.”

Princess Beatrice and Princess Eugenie paid tribute to their “Grannie” ahead of the vigil, sharing a childhood photo of the three smiling together at Balmoral in the early 90’s.

“You were our matriarch, our guide, our loving hand on our backs leading us through this world. You taught us so much and we will cherish those lessons and memories forever,” they tweeted.

“We’re so happy you’re back with Grandpa. Goodbye dear Grannie, it has been the honour of our lives to have been your granddaughters and we’re so very proud of you.”