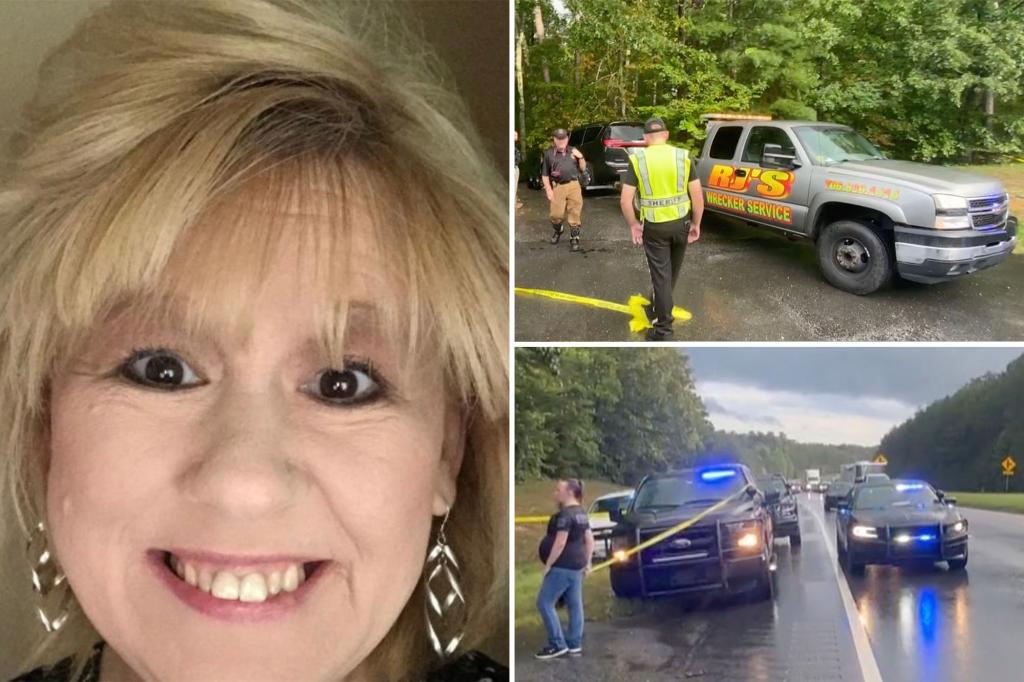 
A missing Georgia woman has been found dead in a ravine after she wired her daughter $2,385 – along with the chilling message: “They are not going to let me go, love you,” according to a report.

The body of Debbie Collier, 59, was found Sept. 11 — two days after she’d last left her Athens home in a rented SUV, 11Alive reported.

Her daughter, Amanda Bearden, told cops that Collier, whose car was in the shop, had left her home with only her driver’s license and a debit card, according to the news station.

The rented vehicle’s SiriusXM satellite radio was tracked to US 441 near Victory Home Lane, about 60 miles from Collier’s home, and a Habersham County Sheriff’s Office K-9 team located the woman’s body nearby.

Investigators are treating her death as a homicide, which Bearden’s missing-person’s report suggests may have been the result of a kidnapping, according to 11Alive.

The daughter, 36, told Athens Clarke County police that Collier had suddenly sent her $2,385 through Venmo, along with the message, “They are not going to let me go, love you.”

The tragic mom, who had worked for Carriage House Realty in Athens, and her husband got married in 2013, the outlet reported.

Her Facebook page includes images of her family and trips they took together.

Collier’s friends and relatives have declined to comment publicly about the mysterious case, according to 11Alive.