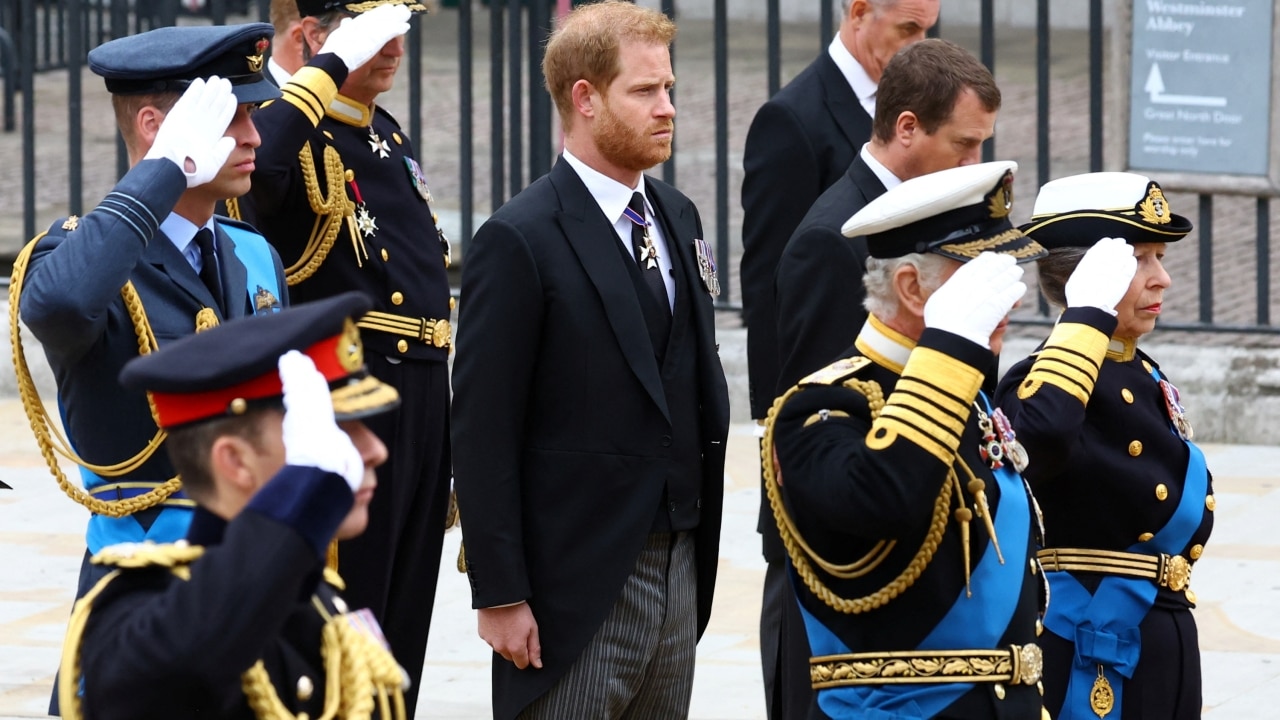 King Charles III, his siblings and two sons walked proudly behind Queen Elizabeth II’s coffin as it entered Westminster Abbey for her state funeral on Monday.

But Prince Harry and Prince Andrew, who are no longer working royals, stood out during the procession after they were forced to wear black suits, as they were stripped of their right to don their military uniforms.

The pair attracted further attention when the oak-lined casket arrived at the historic church and hundreds of military personal, along with members of the royal family, gave Her Majesty a salute.

Prince Harry and Prince Andrew were unable to partake in the gesture due to their status within the royal family and stood stationary with their hands by their side.

Prince Harry stepped away from their royal duties in January 2020, opting to move to the United States with wife Meghan Markle.

The Duke of Sussex has served on two tours to Afghanistan and is well known for his service, which earnt him a Knight Commander of the Royal Victorian Order Star and the Operational Service Medal.

He still holds the rank of captain but is no longer Captain General of the Royal Marines due to his abandonment of his duties.

Prince Andrew served in the military as a helicopter pilot during the Falklands War but lost his military titles after outcry over his friendship with Jeffrey Epstein.

Prince Harry and Prince Andrew were earlier given special permission to wear their military regalia at a special state vigil for the Queen on Saturday night.

The father-of-two stood alongside his brother Prince William in their military garb with the Queen’s eight grandchildren during a 15-minute vigil around the monarch’s coffin at Westminster Hall during the lying in state.

Prince Andrew was given the same treatment as he stood alongside his siblings all dressed in their military uniform in a vigil one day earlier.

Despite being allowed to wear the military clothing, Prince Harry had the Queen’s initials – ER (Elizabeth Regina) – stripped from the shoulders of his uniform.

The initials are only permitted to be worn by people in service of the military.

According to News.com.au, the Prince was “heartbroken” by the decision which would have been exacerbated after Prince Andrew was seen wearing the initials.