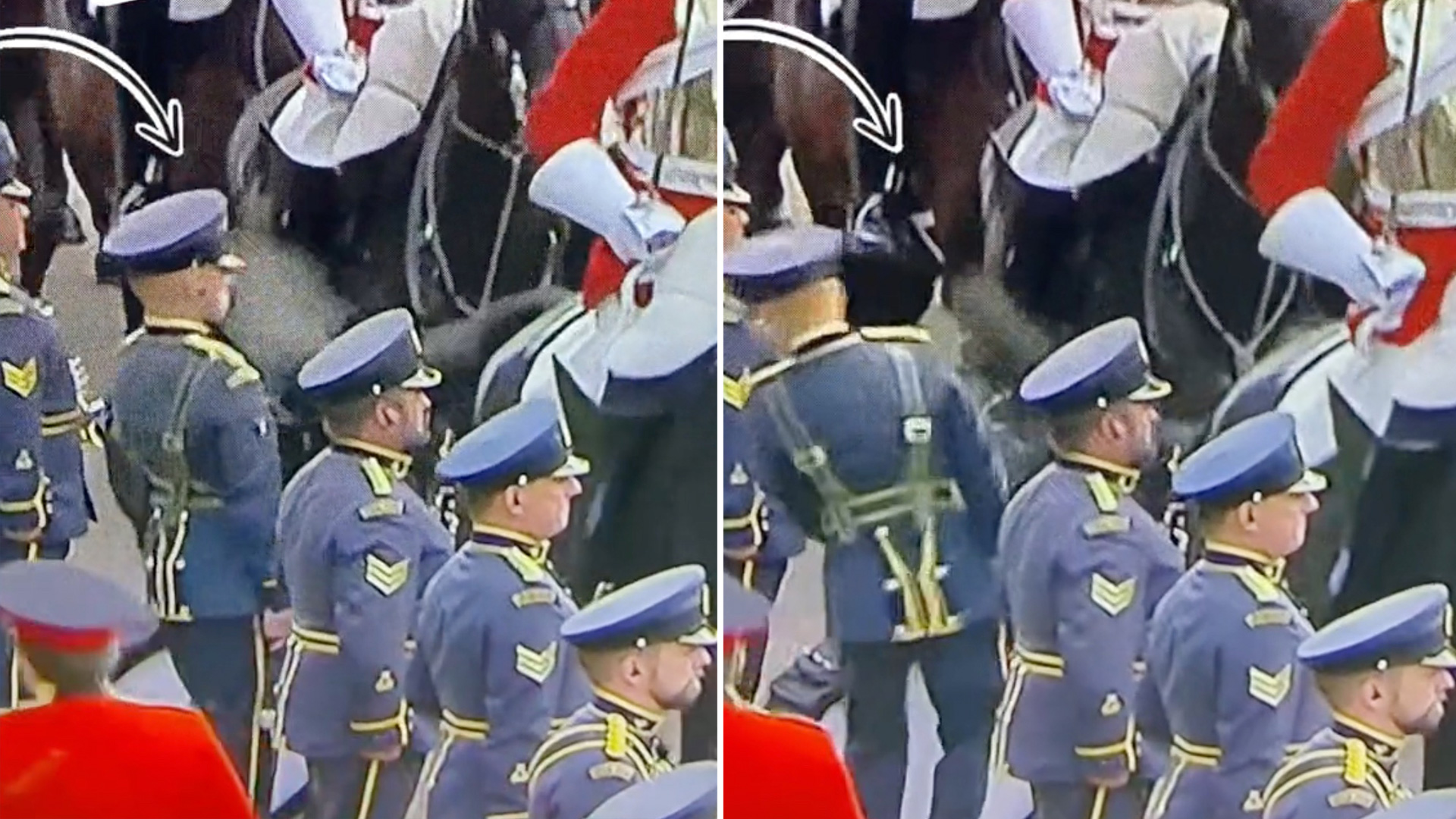 
THIS is the moment a royal bandsman is left stunned as he is flicked in the face by a horse’s tail during the Queen’s funeral procession.

The blue-coated soldier was among the guard of honour lining the road as Her Majesty’s coffin was driven to St George’s Chapel in Windsor.

The clip shows the line of bandsmen standing to attention as a troop of horse guards make their way past.

At one point it seems that one of the riders momentarily lose control of his mount, which then flicks its tail into the face of the unsuspecting bandsman.

The stunned young man stumbles back out of line and looks around before the footage cuts off.

None of the other bandsmen react and all stay motionless as the ordeal unfolds.

The video has racked up over 10,000 likes on TikTok and has been shared to Twitter.

Commenters seemed to find the mishap hilarious, with one saying: “the horse is saying ‘I didn’t like the way you looked at me.'”

Another wrote: “that horse KNEW what he was doing”.

However, some have been more sympathetic to the lad, with one writing: “That hurts I can confirm as a horse owner.”

Some even praised him for his lack of overreaction, with one chiming in to say: “He was very professional and kept his composure.”

Royal Central posted the clip to Twitter, saying that there was “no harm done” and reminding viewers that even experienced horses can be overwhelmed.

Queen Elizabeth II has been laid to rest this evening in the King George VI Memorial Chapel in Windsor.

She was buried in a private family service after a public funeral today at Westminster Abbey and committal service in St George’s Chapel.

Her late husband Prince Philip will join her in her final resting place, moving from the Royal Vault where he has been since his death last year.