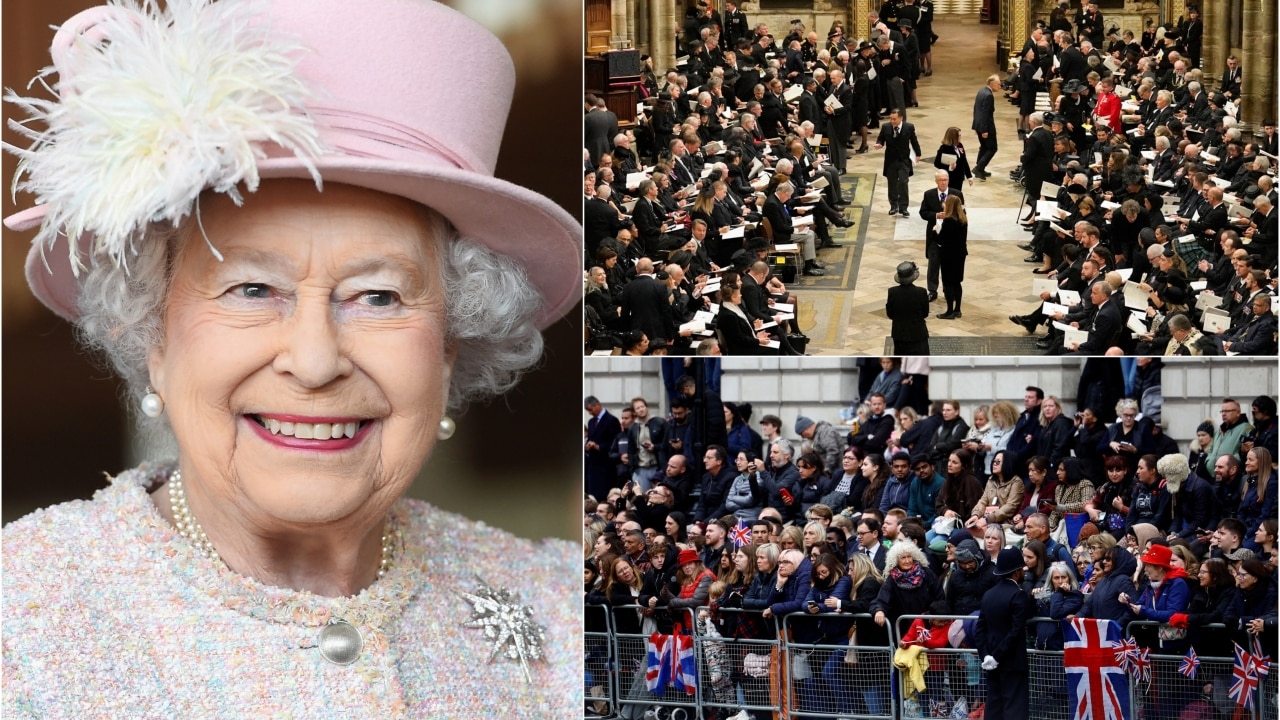 Leaders from around the world and the Royal Family have gathered inside London’s historic Westminster Abbey to farewell Her Majesty Queen Elizabeth II.

The service will be the first funeral held for a monarch at Westminster Abbey since King George II in 1760, with the more recent ceremonies held at Windsor.

The funeral service will begin at 11am (8pm AEST) on Monday, with the following schedule outlined below to follow.

How will the funeral service unfold?

The service will be conducted by Dean of Westminster, David Hoyle, with scripture passages to be read by the British Prime Minister Liz Truss and the Secretary General of the Commonwealth Patricia Scotland.

8.55pm AEST – The ceremony ends with two minutes of silence.

Prior to the service, there will be a procession of the Royal Family and religious representatives before the coffin is transported into the Abbey.

The reveille – The UK national anthem – and a lament by the Queen’s piper will play, as the Queen’s coffin begins its final procession from Westminster Abbey to Wellington Arch.

10pm AEST – The Queen will be transferred to a hearse before being taken to Windsor.

12am AEST – The hearse will arrive at Windsor before proceeding to St George’s Chapel.

Her Majesty will be buried alongside her late husband Prince Philip in a private ceremony.