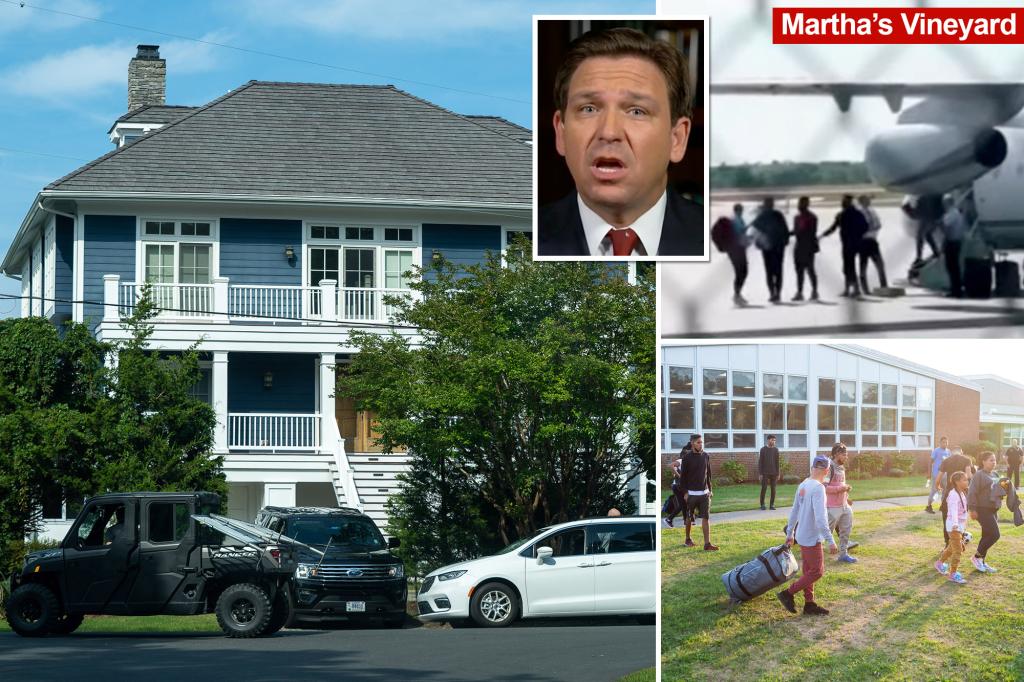 
Florida Gov. Ron DeSantis appears poised to drop off another planeload of migrants — this time near President Biden’s “summer White House” in Delaware.

A charter jet that DeSantis used to send migrants to Martha’s Vineyard, Mass., was scheduled to take off Tuesday morning from San Antonio, Texas, and make a stop in Crestview, Florida, before landing at the Delaware Coastal Airport, according to the founder of the Popular Information newsletter.

Migrant crisis moves North: Here’s what’s happening around the country as border states bus migrants around the US

The tiny airport, outside Georgetown, Del., is less than 20 miles from Rehoboth Beach, where Biden and first lady Jill Biden bought a $2.7 million vacation home just blocks from the Atlantic Ocean in 2017.

However, flight tracking sites listed the plane as delayed or with an “unknown” status and San Antonio Kelly Field airport confirmed to the Post no flight had taken off for Florida by midday, four hours after the plane had been planned to depart. This prompted speculation authorities had intervened with the private jet, or the charter was a decoy.

Since Biden took office last year, the Department of Homeland Security has spent nearly $500,000 to install a security fence around his beach house, with construction set for next spring.