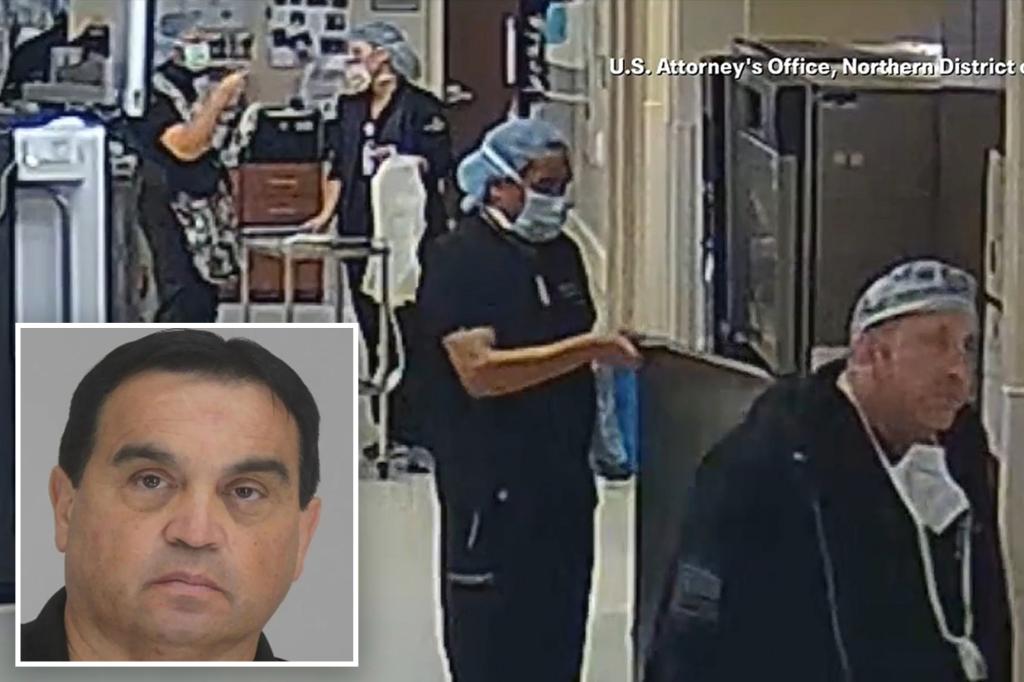 
A Texas doctor deemed a “medical terrorist” by prosecutors after allegedly poisoning IV bags, reportedly causing a fellow physician’s death and cardiac emergencies for 11 other people, was ordered held without bail.

At a federal court hearing Monday, prosecutors described Dr. Raynaldo Rivera Ortiz Jr. as a “medical terrorist” who used heart-stopping drugs to turn IV bags at a surgical facility in Dallas into “poison bombs” that “exploded on unsuspecting patients,” FOX 4 Dallas-Forth Worth reported.

He was ordered to remain in custody without bail while awaiting trial.

Though he has a public defender, prosecutors argued that the anesthesiologist is a flight risk, noting that he allegedly had $7,000 in cash on him at the time of his arrest last week, owns a $1.3 million home and five luxury cars, including a Corvette and three Mercedes-brand vehicles and has tax liens for owing the Internal Revenue Service millions of dollars.

Surveillance video played out in court on Monday shows the doctor placing an IV bag in a stainless steel warmer outside an operating room on Aug. 19, according to FOX 4. Minutes later, another staffer took the bag, and a patient soon after reportedly suffered a heart attack.

Ortiz’s colleague, beloved anesthesiologist Melanie Kaspar, took an allegedly contaminated IV bag home on June 21 to rehydrate due to an illness. Almost immediately after inserting the IV into her vein, she suffered a serious cardiac event and died. An autopsy showed she was fatally poisoned by bupivacaine — a numbing agent that the Justice Department said “is rarely abused” but is used to alleviate pain during surgery.

An 18-year-old male patient experienced a cardiac emergency during a scheduled surgery on Aug. 24 due to what was found to be an apparently contaminated IV bag. The center identified 10 additional unexpected cardiac emergencies that occurred during otherwise unremarkable surgeries between May and August.

The incidents first began two days after Oritz was notified of a disciplinary inquiry against him over his handling of a medical emergency. Other doctors noted he complained that the center was trying to “crucify” him.

None of the cardiac emergencies occurred during his own surgeries, and a nurse told police that Ortiz “physically waved off” an IV bag she had retrieved for him from the warmer, according to the complaint.