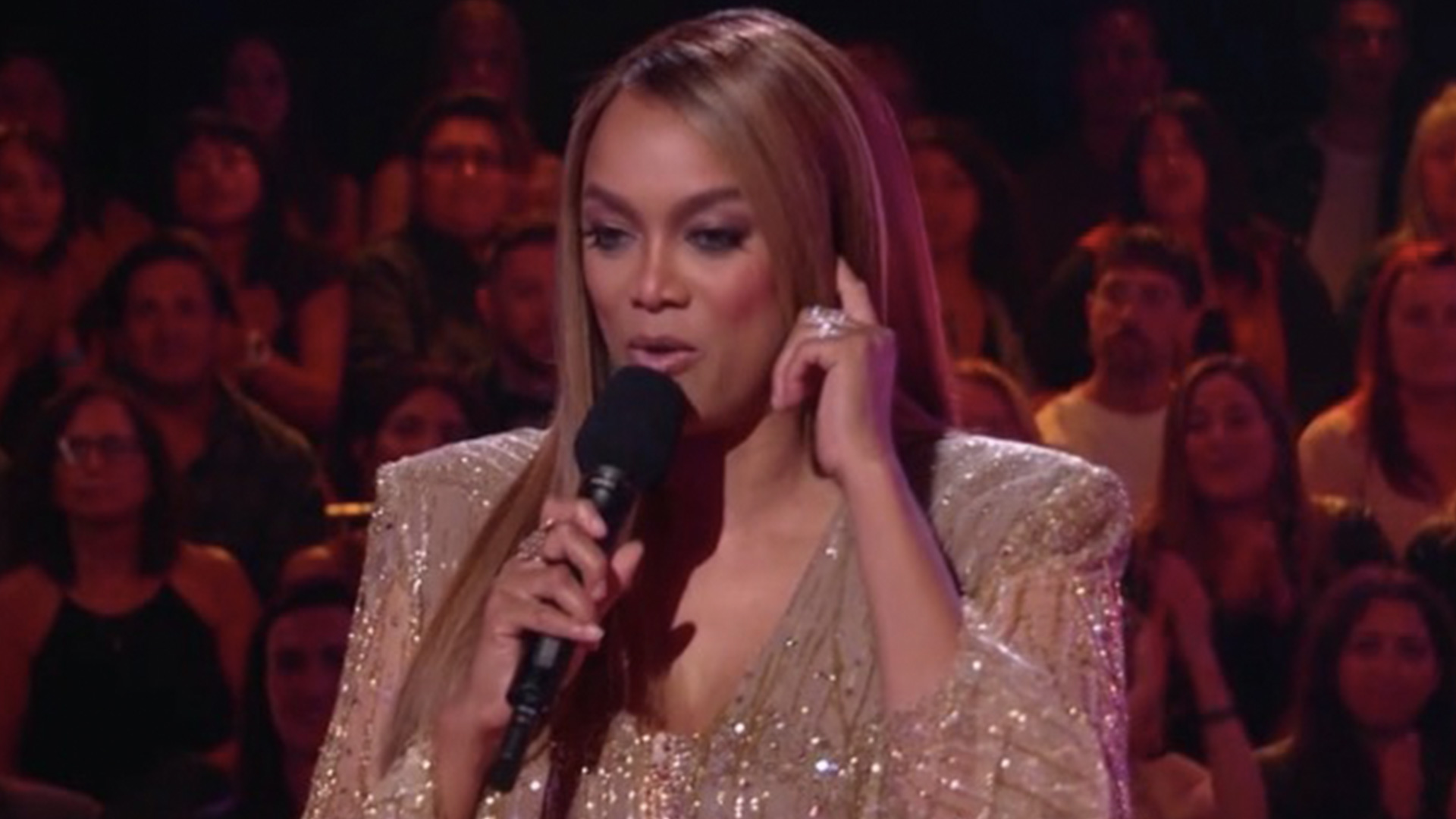 The host even shaded the show’s producers in what viewers described as a “rude” move.

During the season 31 Dancing with the Stars premiere, Tyra made her first major on-air mistake as she read out the leaderboard after the first eight couples.

“At the top for now, are Daniel and Britt,” she said, while the leaderboard on screen instead showed Wayne Brady and and Whitney Carson at number one.

But she quickly backtracked: “Oh, that was wrong. Wrong information, ok.”

Tyra held her finger to her earpiece and said: “Ok, you’re saying at the top is Wayne.

“Wayne is at the top with… Whitney, right?” she added, hesitating.

Later on in the show, it was time to review the scores again.

“After a dozen dances, here’s a look at tonight’s leaderboard, and the team got it right this time,” she snarked, in a subtle diss to the show’s producers.

“So sorry Wayne, they didn’t get it right the first time.”