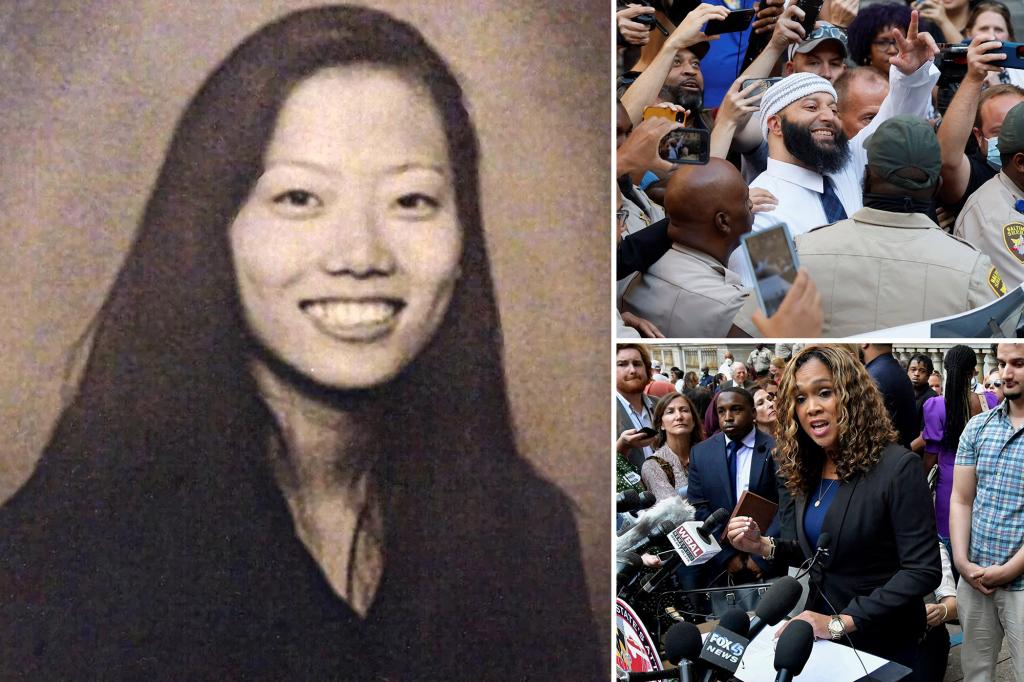 
The family of the woman who freed prisoner Adnan Syed was convicted of killing is furious about the way his recent release was handled — and claim they were left completely out of the process, their attorney said Tuesday.

Attorney Steve Kelly says that the family of murder victim Hae Min Lee felt betrayed by the Baltimore State’s Attorney’s Office decision to spring Syed — who spent some two decades in prison for allegedly strangling the teen before a podcast highlighted problems with his case.

“Whether or not Adnan is guilty is beside the point,” Kelly said in an interview on CNN.

“This is what they have been told for decades upon decades.  And the issue is nobody wants to find out who killed Hae more than her brother and her mom. What happened yesterday… they were completely excluded from the process. This is a preordained agreement between the state’s attorney, the defense, even the court.”

Sayed, 41, who was the subject of the popular podcast ‘Serial,’ was released from prison on Monday following a court’s decision to vacate his conviction for the 1999 murder because of mistakes at his trial.

Baltimore Circuit Court Judge Melissa Phinn ruled on Monday that the state failed to share evidence with Syed’s attorneys that could’ve assisted in his defense.

Kelly said the Lee family are beyond “devastated” that prosecutors did not thoroughly explain why there was a sudden reversal.

“No one wanted to hear from or give them adequate opportunity to oppose this, or even to understand it,” Kelly said. “The family … These are people who are very simple, hard working people. They are not sophisticated lawyers but they have an open mind about new evidence. They are reasonable people and all they wanted was information.”

After a hearing Monday, Lee’s brother, Young, said the family thought the case had been settled.

“This is not a podcast for me. This is real life,” he told reporters.

The family also released a statement Monday that concluded: “The Lee family is deeply disappointed that today’s hearing happened so quickly and that they were denied the reasonable notice that would have permitted them to have a meaningful voice in the proceedings.”

Syed was set free after a years-long investigation by the Baltimore City State’s Attorney Office and Syed’s defense team, who said they found new evidence linking other possible suspects to Lee’s murder.

Syed was convicted in 1999 for the kidnapping and murder of 18-year old Lee, who was Syed’s Baltimore high school classmate and former girlfriend.