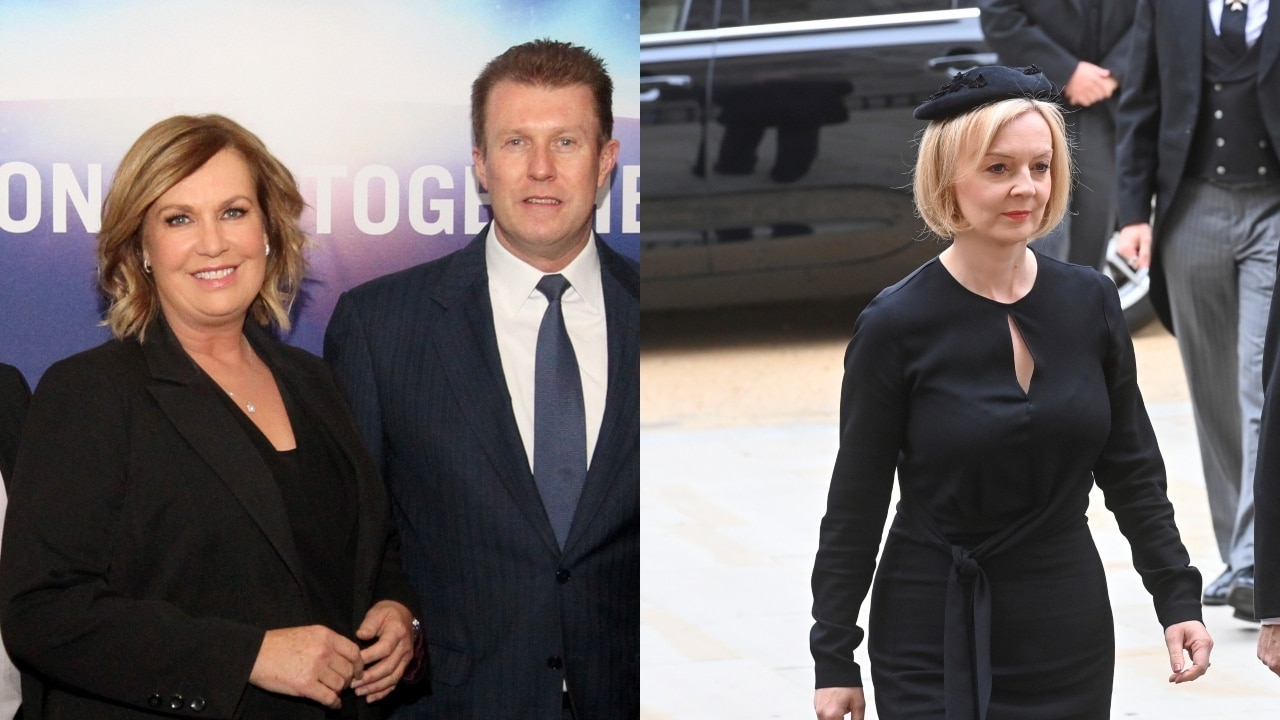 After being informed a “significant motorcade” was approaching Westminster Abbey on Wednesday the Channel 9 presenters struggled to identify who they were looking at.

As Truss climbed out of her car towards the church gates, Grimshaw asked: “Who’s this?”

“They look like they could well be local dignitaries, it’s hard to see.

“We’re looking at the backs of their heads mostly.”

After a brief pause Overton told viewers the mystery guest was in fact the British Prime Minister.

The on-air blunder was quickly picked up by social media users who reacted in amusement.

“Yelling at the Australian Funeral commentators calling Liz Truss and her husband ‘minor royals’,” said another.

“Australian media trying to identify Liz Truss when she entered Westminster and trying their best with ‘maybe minor royals’ or ‘local dignitaries’ made me unnecessary chuckle,” added a third.

Truss is the fifteenth Prime Minister to be sworn in by Queen Elizabeth II, following the resignation of Boris Johnson.

The Queen performed the ceremony at her Balmoral residence on September 6, just two days before she died.