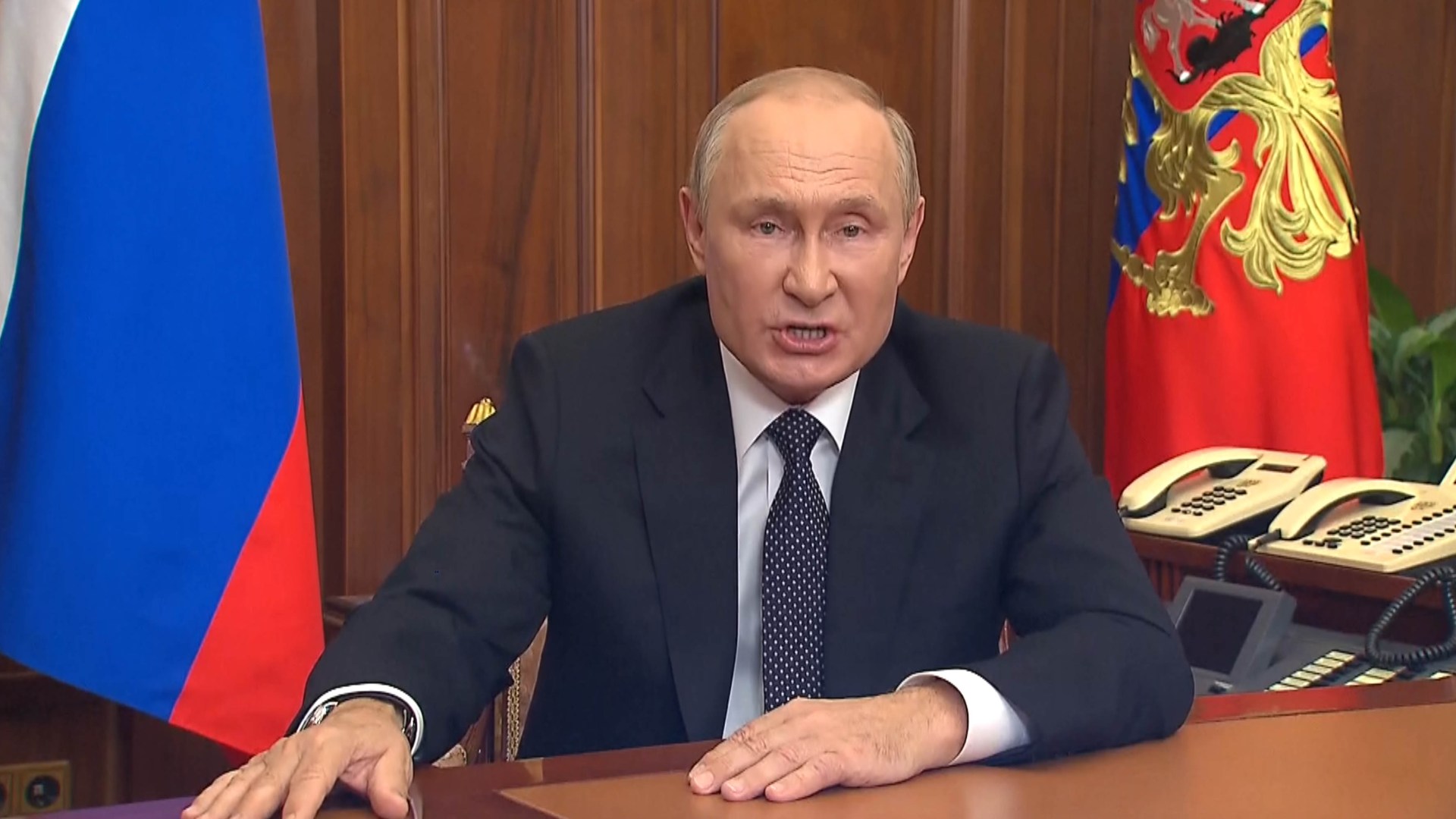 
VLADIMIR Putin’s doctors were scrambled to his side after the Russian president suffered “coughing fits” and “chest pains” just before his big speech, Kremlin sources have claimed.

Putin today announced the mobilisation of Russian forces in a shock announcement that could see some 300,000 reservists called to the frontline in Ukraine.

Telegram channel General SVR, which claims to be run by Kremlin insiders, wrote that Vlad had fallen ill moments before his address.

“When the president came out and preparations for filming began, he began to cough frequently,” the post read.

“Several attempts to start recording an appeal were frustrated due to coughing.

“After the fourth unsuccessful attempt to record an appeal, doctors were called to the president, to whom Putin also complained of chest pains.

“The doctors advised to postpone the shooting and leave with them for examination, which was done.”