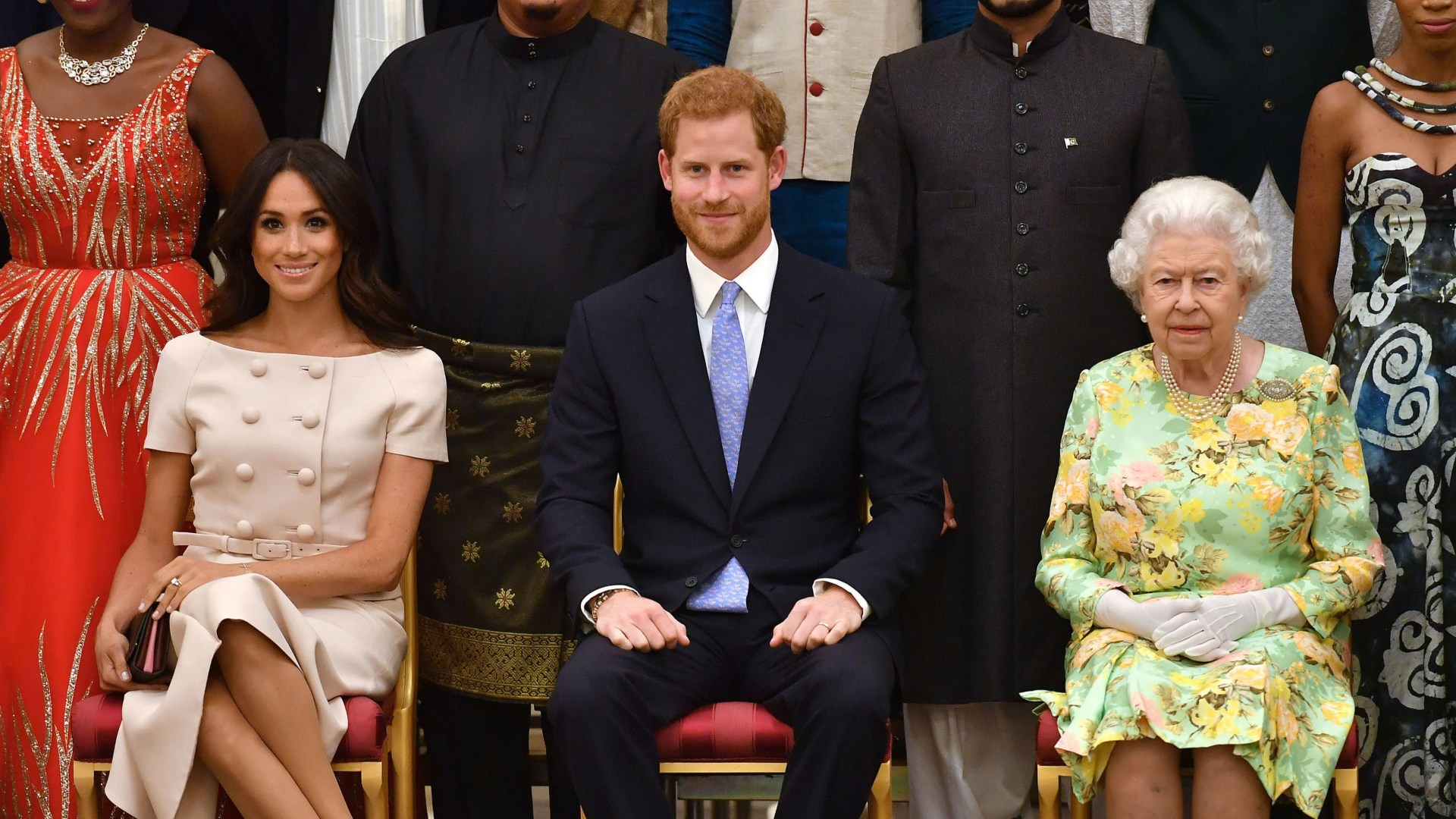 
THE Queen’s heartbreaking reaction to Prince Harry and Meghan Markle’s decision to leave the royal family has been revealed.

A source close to Her Majesty has claimed the late monarch was hurt and exhausted when the Duke and Duchess of Sussex quit the Royal Family in 2020 to start a new life.

At a summit at Sandringham the Queen’s decision was swift and final – they could leave the firm but not have the trappings that come with being royal.

The couple were told there was no “half-in, half-out” role and that they could not have their cake and eat it as they were wished good luck in their new life.

In her statement the Queen thanked them for their “dedicated” work saying she was “particularly proud of Meghan”.

She added: “It is my whole family’s hope that today’s agreement allows them to start building a happy and peaceful new life.”

However now the late Queen’s true feelings on the shock exit have been revealed, in a new book.

An expert of The New Royals, published in Vanity Fair has claimed that Her Majesty confided to a close friend that she was exhausted by the decision.

The source said: “She was very hurt and told me, ‘I don’t know, I don’t care, and I don’t want to think about it anymore.”

They also claims it was a source of sadness to the queen that she got to see so little of her grandkids Archie and Lilibet.

And she was upset that Harry and Meghan didn’t join her in Balmoral for the annual “sleepover” she held for all of her grandchildren and great-grandchildren.

It comes as Meghan and Harry are expected to fly back to the US as soon as possible to be reunited with their kids after almost three weeks abroad, it has been claimed.

The Duke and Duchess of Sussex had been in the UK for a whirlwind charity tour when the Queen tragically died – with the couple then extending their trip to remain in the country for the funeral.

Prince Harry, 38, and Meghan, 41, had flown to the UK for their charity tour, which included heading to Germany to launch the one year countdown until the Invictus Games in Dusseldorf.

They had also been expected to attend WellChild awards in London on September 8.

But it was then that Harry was told the worrying news about his grandmother – darting to Balmoral in Scotland while Meghan stayed in London.

He tragically did not make it back in time to say his final goodbye to his grandmother The Queen, who died on the Thursday.

Meghan and Harry yesterday joined the mourning Royals to pay tribute to Her Majesty – with the duchess shedding a tear during the emotional service.

The kids have been looked after by Meghan’s mum Doria Ragland, 66, while the Sussexes have been away from their Montecito home.