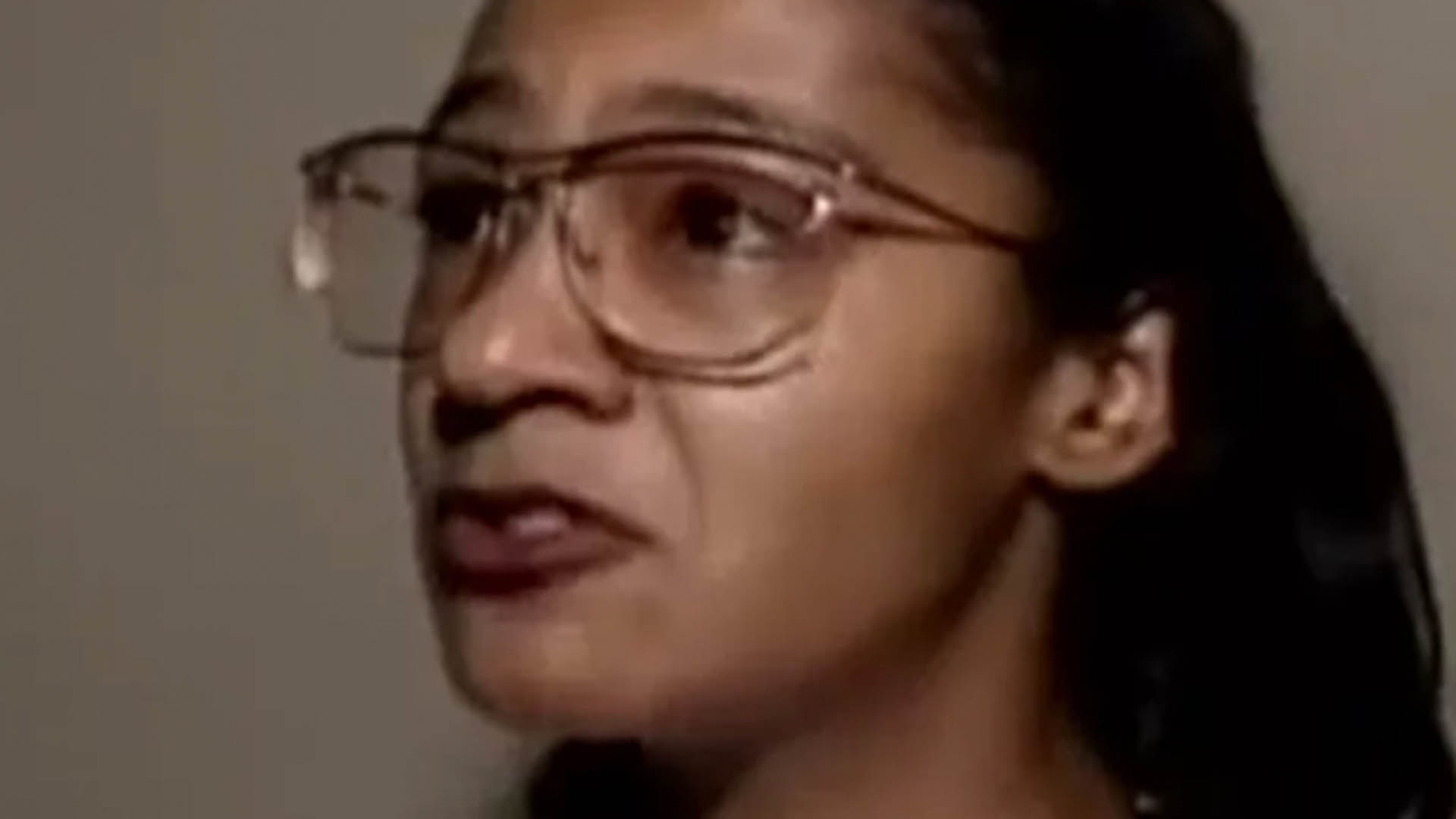 
JEFFERY Dahmer’s concerned neighbor may have been able to save countless lives if her chilling warnings about him had not been ignored for months.

Glenda Cleveland became concerned about Dahmer long before he was convicted of 16 out of 17 reported murders in Wisconsin and sentenced to 15 counts of life in prison in February 1992.

His concerned neighbor, Glenda Cleveland, who tried to save some of Dahmer’s victims, is played by Niecy Nash from Hulu’s Claws.

In the preview for Monster: The Jeffrey Dahmer Story, which is based on real events, the actress playing Cleveland turns down a sandwich offered by her monster next-door neighbor.

This hints at the real Dahmer’s confession of eating some of the organs of his dead victims. 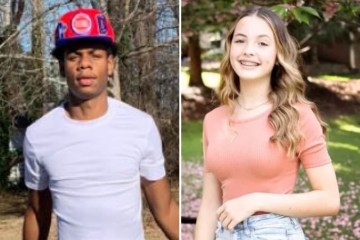 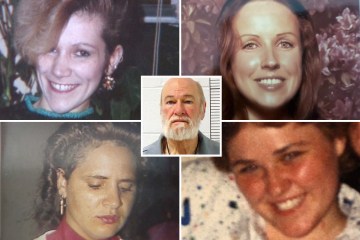 In a Netflix interview, Nash said that Cleveland herself was a victim of Dahmer’s in a way. “And her story has been told the least.”

She also said she wants people to know “Glenda Cleveland was a special woman.”

“To be able to continue on, and on, and on in an effort to get someone to do something. She deserved more than a cheesy plaque at the bottom of a social hall somewhere.”

The show’s trailer shows Dahmer receiving chance after chance not only from the police on multiple occasions but from a judge as well.

Cleveland did everything she could to try and save Dahmer’s victims and stop him from killing.

However, authorities wouldn’t believe her reports, despite alerting them to the killings multiple times.

Police reportedly claimed a bleeding and unclothed boy trying to escape from Dahmer was an adult involved in a lovers’ quarrel with him, despite Cleveland asking them: “Are you sure?”

She went on: “Because this child doesn’t even speak English. My daughter had, you know, dealt with him before, seeing him on the street. You know, catching earthworms.”

It was later revealed that the confused and incoherent boy was 14-year-old Konerak Sinthasomphone, who soon became one of Dahmer’s homicide victims.

Cleveland’s daughter, Sandra Smith, and her niece, Nicole Childress, had spotted the boy fleeing from Dahmer in an alley on May 27, 1991, the Milwaukee Journal Sentinel reported.

They stayed with him while officers were on the way but received push-back about the situation from the police.

The girls told Cleveland who then called the police numerous times.

“We tried to give the policemen our names, but he just told us to butt out,” Smith said, according to AP News.

We tried to give the policemen our names, but he just told us to butt out.

“I couldn’t understand why he didn’t want our names. I said, ’What are you going to do about this? This is a boy.'”

Dahmer convinced the cops that the young man was his 19-year-old boyfriend who had just had too much to drink.

On Twitter, some who know about the horror Dahmer wreaked over his victims paid tribute to Sinthasomphone in reply to pages promoting the new Netflix show.

“I won’t watch it, for Konerak Sinthasomphone. Rest in peace sweet angel,” a person said in a tweet.

Sinthasomphone had been reportedly drugged, assaulted, and injected with hydrochloric acid by Dahmer.

Cleveland reportedly called back some days later after seeing Sinthasomphone’s photo in a newspaper article about his disappearance and no one got back to her.

She even tried calling the FBI to no avail, reports say.

Five of Dahmer’s 17 murders, including Konerak, were committed after Cleveland’s worried police reports were ignored.

Cleveland reportedly stayed in touch with Sinthasomphone’s family and went to one of their son’s weddings.

Speaking to reporters who arrived at the Oxford Apartments where Dahmer lived, Cleveland said: “I just want to get back to normal.”

Cleveland stayed on that same street until 2009, her daughter told Milwaukee Journal Sentinel.

Her mom had lived alone since then in an apartment less than a mile away.

“Why don’t you move away from that house on Haunted Hill?” Milwaukee Journal Sentinel said one of her brothers would teas – but Cleveland always shot back: “I’m not going anywhere.”

Milwaukee police officers acted on a citizen tip and discovered her body on the floor of her apartment after neighbors hadn’t seen her for a few days and became concerned.

The medical examiner’s office reportedly determined that she had a natural death caused by heart disease and high blood pressure.

Before the killing, he came to realize that he was gay and began to fantasize about dominating and controlling a submissive male partner, according to his admissions.

Dahmer’s first slaying was of 19-year-old Stephen Hicks, a hitchhiker he’d picked up and convinced to come to his house for drinks, reports say.

After that first murder, Dahmer reportedly tried to go back to living a normal life and allegedly didn’t kill anyone else for years.

He enrolled in Ohio State before dropping out because of his alcohol problem. After that, he enrolled in the U.S. Army, and two soldiers claimed to be raped by Dahmer.

His performance in the army gradually decline because of his alcohol abuse which led to his eventual discharge from the army.

Once he returned to Milwaukee and began to frequent gay bars, he eventually picked up Steven Tuomi, who was his second victim.

Dahmer claimed that he only planned to drug and rape Tuomi but woke up to find that his chest had been crushed and said he had no memory of what he’d done.

After that murder, reports say he began to actively look for more victims leading to his series of killings that Cleveland constantly tried to report to authorities.

Dahmer was ultimately apprehended in 1991 after Tracy Edwards agreed to go to his apartment for $100 and managed to escape.

After escaping his death, Edward flagged down the police and told them what happened then one of the officers found polaroids Dahmer had taken of earlier victims while in Dahmer’s apartment.

Following the finding of that evidence, Dahmer was arrested and eventually convicted in 1992.

In common with his many victims, Dahmer’s life also ended in brutal violence, Distractify reported.

During his first year behind bars, Dahmer was placed in solitary confinement.

He was later, at his own request, transferred to a less secure unit and assigned a two-hour daily job detail cleaning the block’s toilets.

Dahmer gave the image of someone on a path of redemption during his first few years in prison, being baptized by the prison minister and becoming a born-again Christian.

He ultimately lost his life in confinement due to unsupervised contact with his fellow inmates.

The first reported attack was in 1994, according to Distractify, when another prisoner named Osvaldo Durruthy tried to slash Dahmer’s throat after church service.

Though he told his parents, who he kept in touch with through weekly phone calls, that he was ready to die as a punishment for his own doings.

Dahmer was found clobbered and bloody on the bathroom floor on the morning of November 28, 1994.

He reportedly suffered considerable blows to the head from a metal bar and from having his head smashed against a wall.

Dahmer, who was alive at the time, was rushed away for medical attention; the serial predator was pronounced dead one hour after he arrived at the hospital.