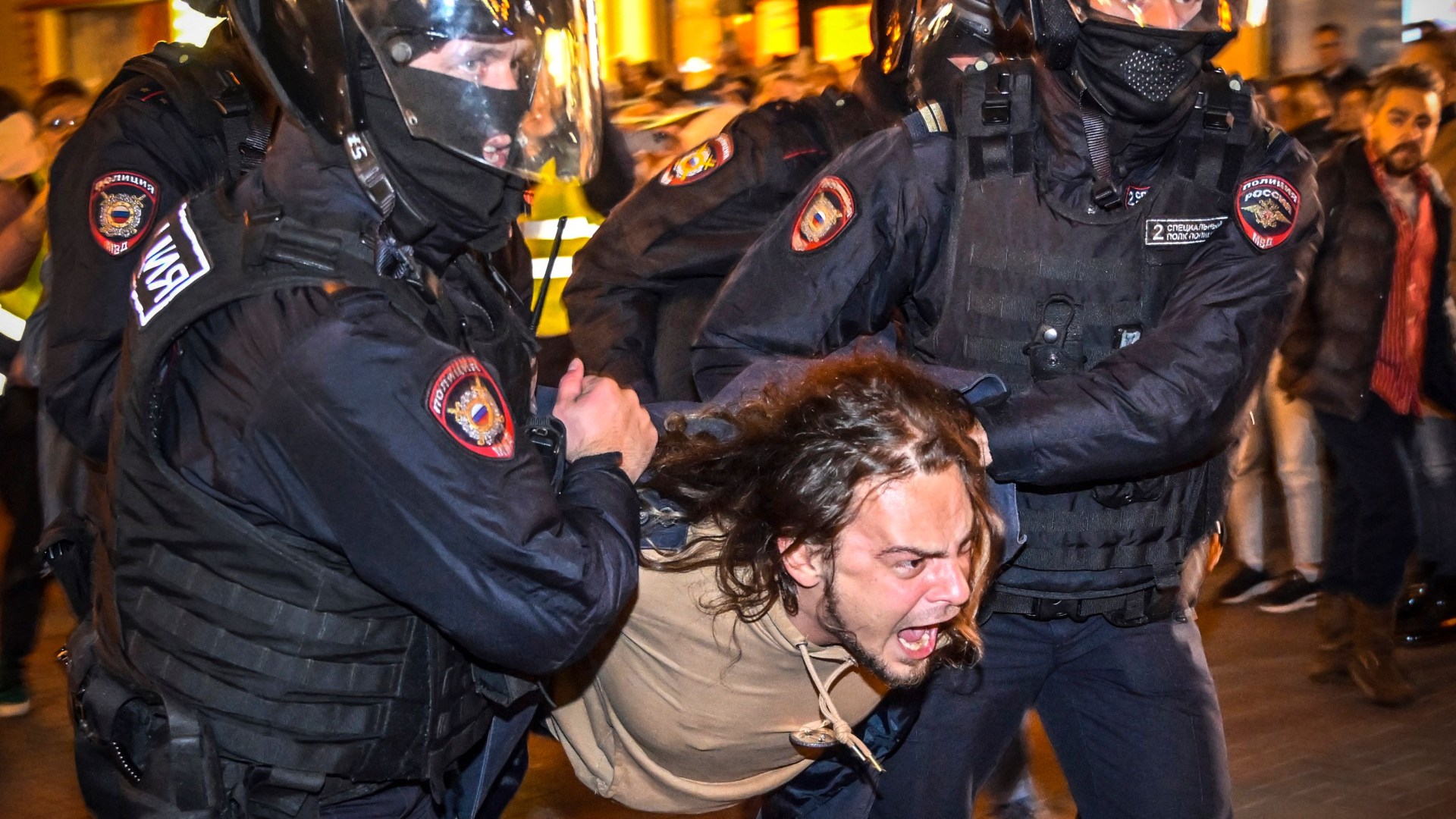 
MORE than 1300 protesters have been arrested as anger mounts over Vladimir Putin’s mobilisation of civilians to fight in Ukraine.

In the wake of then the announcement, Russians said they didn’t want to be sent into Putin’s “meatgrinder” as flights out of the country sold out.

Putin ordered the mobilisation in a speech on TV in which he made a thinly veiled threat to nuke the West.

Russia has a reserve of around two million people, most of whom have served in the military in recent years but doubts remain about their fitness and motivation.

Demonstrators took to the streets in 38 cities chanting “no mobilisation” but were met with baton wielding riot police.

In Ulan-Ude, several dozen people came out to protest with posters against mobilisation.

Some carried posters saying “our husbands, fathers and brothers do not want to kill other husbands and fathers”. 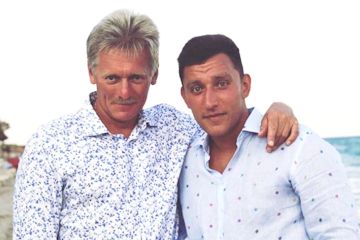 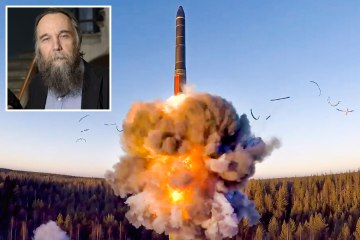 One St Petersburg protester, Vasily Fedorov, said: “Everyone is scared. I am for peace and I don’t want to have to shoot.”

In response to the mobilisation, the Vesna opposition movement said: “Thousands of Russian men – our fathers, brothers and husbands – will be thrown into the meat grinder of the war.

“What will they be dying for? What will mothers and children be crying for?”

Jailed opposition leader Navalny said in a video message said Putin’s “criminal war is getting worse” so “he wants to smear hundreds of thousands of people in this blood”.

Panic spread among Russians soon flooded social networks, which surged with advice on how to avoid the mobilisation or leave the country and avoid being sent to fight in the Ukraine war.

One way flights out of Russia were nearly fully booked this week, airline and travel agent data showed Wednesday, in an apparent exodus of people unwilling to join the conflict.

Tickets for the Moscow-Belgrade flights operated by Air Serbia quickly sold out for the next several days.

The price for flights from Moscow to Istanbul or Dubai increased within minutes before jumping again went just over £8000 for a one-way economy class fare.

Serbia’s capital Belgrade has become a popular destination for Russians during the war and they can travel there visa free.

Up to 50,000 Russians have fled to Serbia since Russia invaded Ukraine in February and many have opened businesses, especially in the IT sector.

One Russian man named Sergey said he had prepared for a Russian mobilization scenario and quickly brought his 17-year-old son out of Russia.

“The tickets didnt cost too much, as I was probably quick enough and we got through the border just fine”, he said upon arriving Wednesday at the airport in the Armenian capital of Yerevan.

His son, Nikolai, added: “I haven’t gotten a letter from the recruitment office yet but he was still researching possible exemptions, so we left.”

According to the independent OVD-Info protest monitoring group, more than 1,311 people had been held by late evening.

It said those figures included at least 502 in Moscow and 524 in St Petersburg, Russia’s second most populous city.

So far Putin’s “partial mobilisation” decree has given no clue as to who would be called up.

Defence Secretary Sergei Shoigu said 300,000 people would be mobilised and the contracts of professional troops would be extended indefinitely.