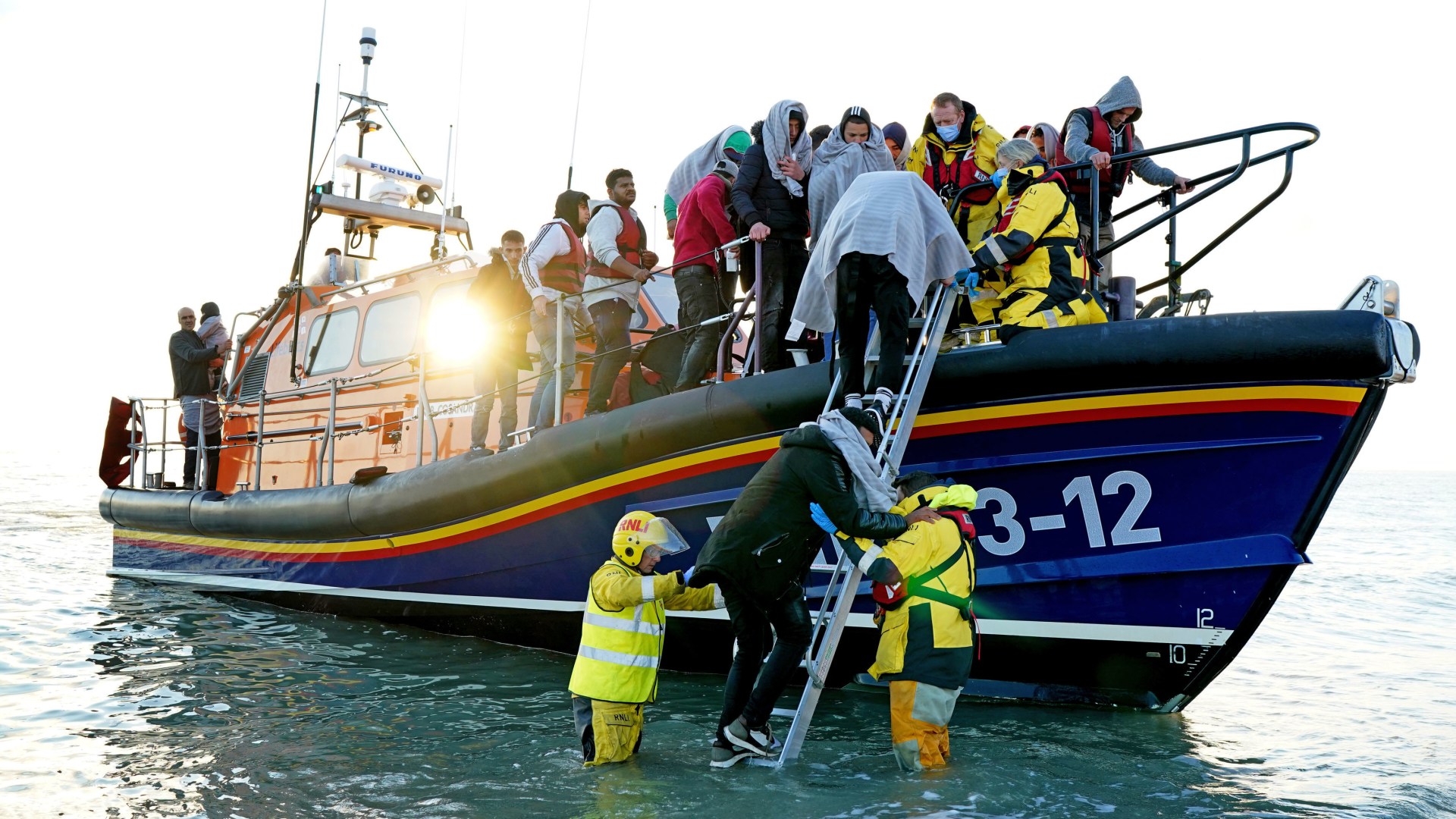 
A HUGE group of men wander up a beach in Dungeness, Kent, yesterday as the number of people who have illegally entered the UK by crossing the Channel nudged 30,000.

A beaming man in a black leather jacket and trainers gave a double thumbs-up after arriving on an RNLI lifeboat.

Queues of people in winter coats, some clutching kids, climbed down a ladder from the rescue vessel onto the beach at Dungeness, Kent.

They boarded buses and were taken for processing.

Last week nearly 40 people were rescued from the Channel when their boat sank off the Kent coast.

Government officials said it was lucky there had not been drownings as the average number of people per boat rose to 44 this year, compared with 28 in 2021.

Windy conditions had prevented migrants from risking the treacherous journey since last Thursday when 617 asylum seekers were intercepted.

But calmer conditions in the last two days enabled crossings to resume.

The first two weeks of September saw 4,056 people arrive in 96 boats, and more were expected to risk the water this week amid better weather conditions at sea.

Ms Braverman previously told allies she wants to increase the use of detention facilities in Britain to house migrants arriving to the Kent coast.

Natalie Elphicke MP for Dover said: “The numbers of arrivals are deeply concerning.

“It’s vital to see the small boats crisis brought to an end as the seas will become colder and rougher as we head into autumn and winter.

“Action is needed now to avoid further tragic loss of life on the English Channel.”