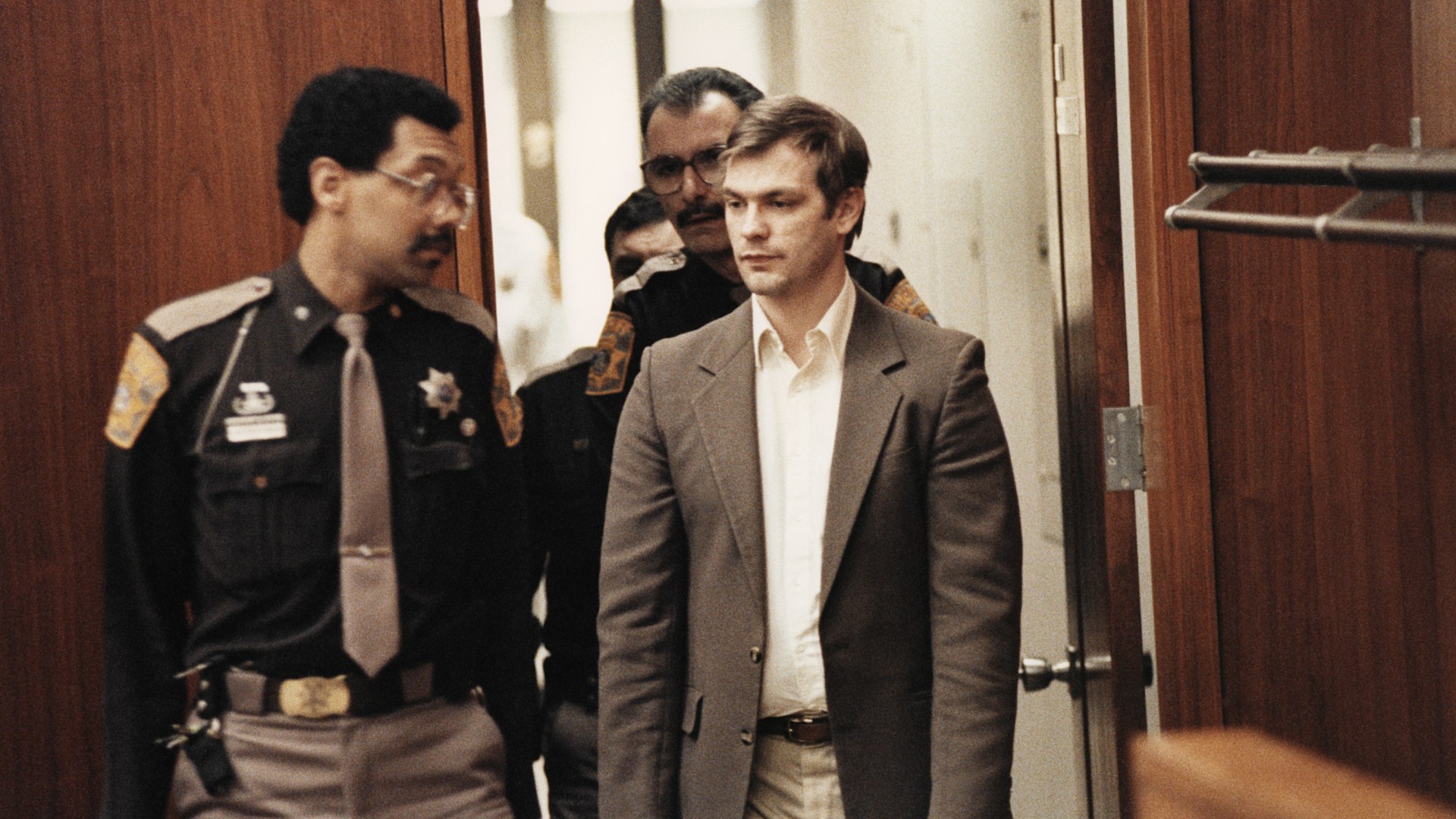 Dahmer received a 957-year prison sentence but he passed away in 1994 after being attacked by a fellow convicted murderer.

Who is Tracy Edwards?

Tracy Edwards is known for escaping Dahmer, who is known for murdering at least 17 men and boys in Wisconsin and Ohio.

After escaping, he reported him to the police.

In 1991, Dahmer invited him to his house one evening to watch the Exorcist and drink beer.

Jeffrey soon handcuffed him and threatened him with a knife.

Tracy alleged that Dahmer took him to his bedroom and told him he wanted to eat his heart.

Following the events, Edwards filed a lawsuit against Milwaukee court for allegedly not following up on earlier leads on Dahmer.

The case was dismissed.

In the years since, Edwards has racked up a number of charges including  arrests for drug possession and theft.

He has reportedly been homeless since at least 2002.

In 2012, he was convicted by a Milwaukee County Circuit Court judge to one and a half years in prison and two years of extended supervision for his involvement in an argument which ended in the death of a homeless man.

Tracy managed to break free after overpowering Dahmer, and reportedly ran through the streets to find police officers, who he directed to Dahmer’s house.

The police found the remains of multiple men, and promptly arrested Dahmer.

Who plays Tracy Edwards in Monster: The Jeffrey Dahmer Story?

Due to the horrific nature and impact of his actions, serial killer Jeffrey Dahmer has been the subject of much media attention.

Netflix true crime drama ‘Monster: The Jeffrey Dahmer Story’. released on 21 September, 2022, where each episode will focus on one of his victims.

Tracy Edward’s involvement in the arrest of Dahmer will also be shown.

He will be played by 53-year-old actor Shaun J. Brown who is known for his roles in shows such as the 2016 CBS sitcom The Great Indoors.