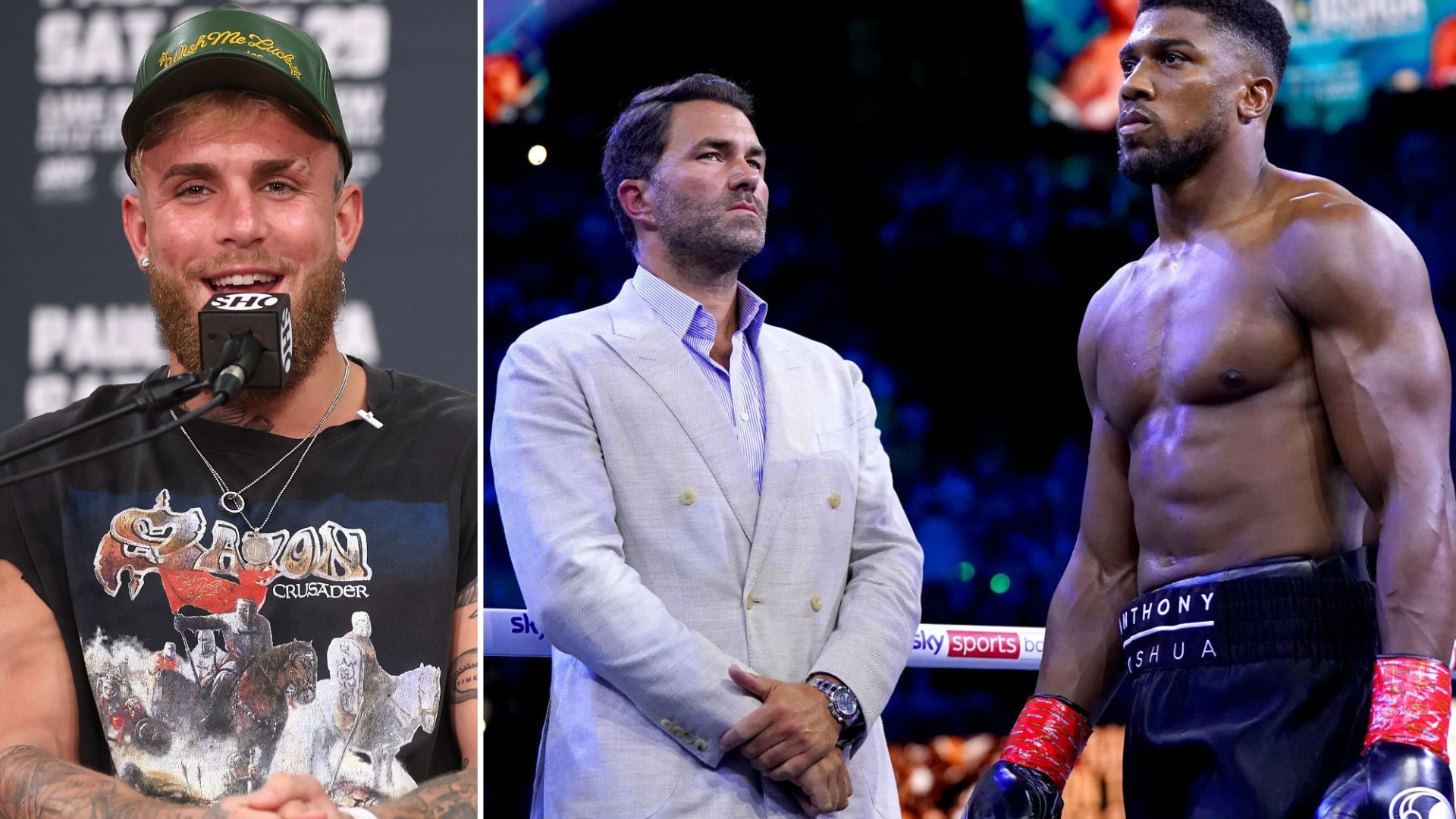 American Glenn Feldman was one of three officials for AJ’s rematch loss over Oleksandr Usyk in Saudi Arabia in August.

And Feldman scored the bout 115-113 in favour of Joshua despite the other two having Usyk winning, with the Ukrainian handed a split-decision victory.

As a result, the YouTuber-turned boxer accused Hearn’s Matchroom stable of bribery, something the promoter vehemently denies.

He said: “What he said in terms of his allegations of corruption with Glen Feldman is totally unacceptable.

“We all have a laugh with Jake and he’s an average fighter but I’m telling you now, what he said is unacceptable and it will be dealt with because we take this sport, our values as a family seriously and we love the sport of boxing.

“So, for him to come out with idiotic comments without even thinking of what he said is extremely harmful to me and very disrespectful to us as a business and as a family.”

It comes after Paul told iFL TV: “Everyone who watched the fight [knows] it’s not a split decision.

“Usyk had a runaway victory, clearly won the fight. This judge, Glenn Feldman, gives it to Anthony Joshua.

“It’s like a repeated crime here. This type of s***, I’m going to call it out here in boxing because it’s bulls.

“Clearly, this guy is getting paid money by Matchroom Boxing.”

Hearn worked with Paul to promoter the women’s super-fight between Taylor, 36, and Serrano, 33, at New York’s Madison Square Garden.

And the pair enjoyed a series of back-and-forth verbal spars in the lead up to the the historic title bout.

But Hearn said Paul’s allegations of corruption was one step too far and warned action will be taken.

He added: “Jake’s comments will be dealt with appropriately.

“I’m not prepared, as I would be on many occasions, to take what he is saying with a pinch of salt on this occasion because it’s bang out of order and totally disrespectful to the sport of boxing and to me and us.

“So, he’s going to have to take the brunt of that. Maybe he doesn’t care, but I do.”