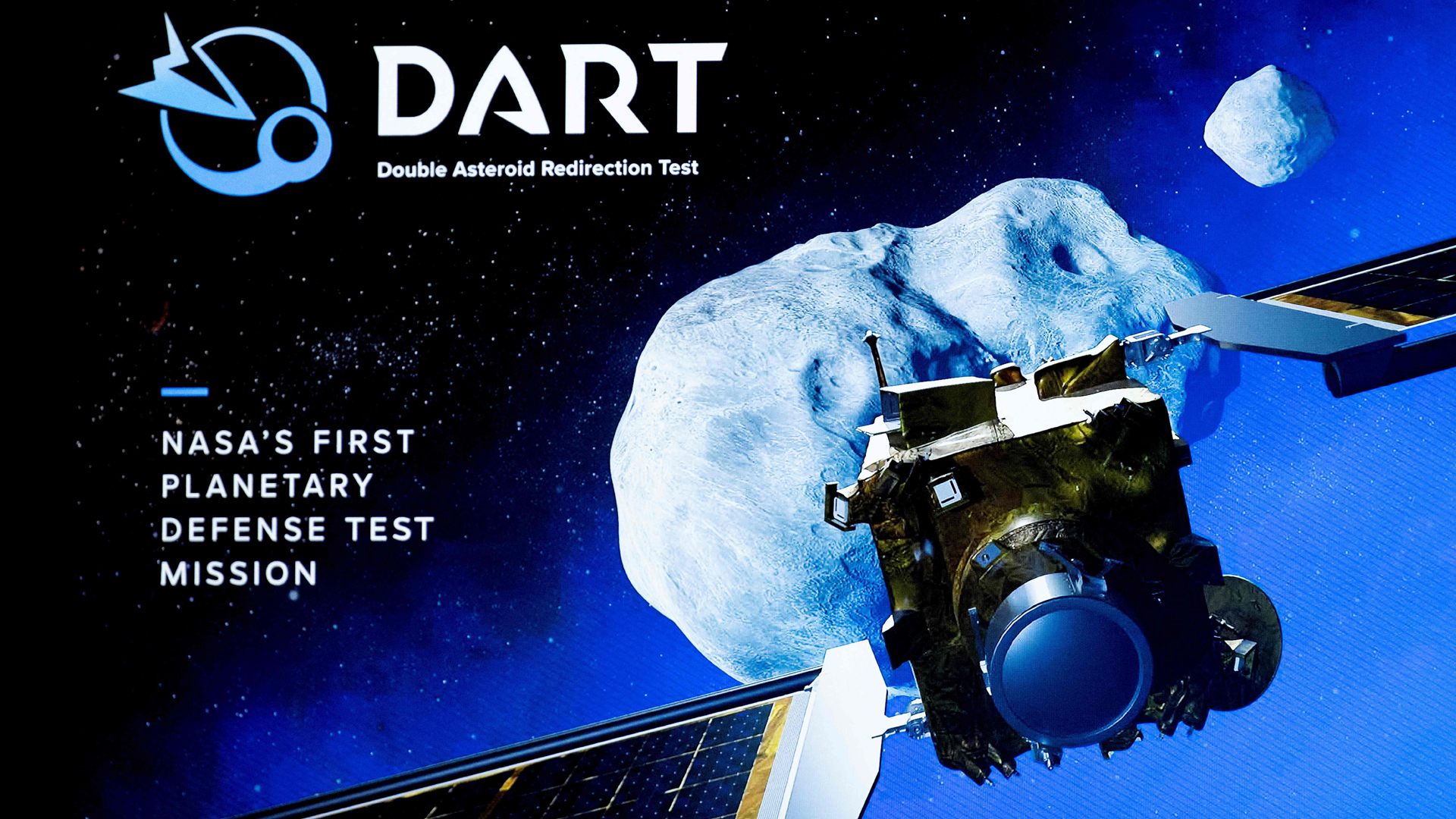 
NASA will deliberately collide a space probe with an asteroid in a trial run of a new planetary defense plan on Monday night.

The Double Asteroid Redirection Test (DART) Mission will dramatically smash into an asteroid 11million miles from Earth on September 26 at approximately 7:14PM.

The DART spacecraft launched last November and its finally approaching its target, the Didymos asteroid system.

Every 11 hours and 55 minutes, Didymos is orbited by a smaller asteroid called Dimorphos.

The DART spacecraft will impact Dimorphos and researchers will measure if the impact shortened its orbit period.

If successful, DART will have demonstrated the effectiveness of head-on collisions with space rocks as a planetary defense mechanism.

The Didymos asteroid system is not on a crash course for Earth and would have harmlessly passed even without intervention.

Assessing the outcome of the DART Mission will require the work of technology in space and ground based telescopes.

In early September, the DART spacecraft ejected the LICIACube, a 31-pound box fitted with cameras for capturing the moment of impact and aftermath.

“We are working with ASI to get LICIACube to within 25 to 50 miles (40 to 80 kilometers) of Dimorphos just two to three minutes after DART’s impact – close enough to get good images of the impact and ejecta plume, but not so close LICIACube could be hit by ejecta,” Nasa Jet Propulsion Lab scientist Dan Lubey said in a JPL blog.

The James Webb Space Telescope and Hubble Space Telescope will also be angled toward Didymos – though Hubble will be on the wrong side of Earth at the time and won’t catch the moment of impact, Space.com reports.

Meanwhile, ground-based telescopes will observe Dimorphos transit in front of and behind its larger parent asteroid measure the change in the rock’s orbit, if there is any.

There is no known threat of sizable asteroid colliding with Earth but this test will prove useful if one ever emerged.

An estimated 4,700 are larger than 500 feet in diameter and will pass within 4.7million miles of Earth, therefore meeting Nasa’s criteria for a “Potentially Hazardous Objects”.