A 14-YEAR-old boy’s last hours were filled with terror before he was brutally murdered by infamous serial killer Jeffrey Dahmer.

Dahmer killed Konerak Sinthasomphone while still on probation for sexually assaulting the teen’s brother, Somsackin, when he was 13 years old, in 1988.

The serial killer used the same strategy to get both siblings back to his house of horrors in Milwaukee, Wisconsin: he told the boys he would pay them to pose for nude photos.

He then drugged and sexually assaulted them.

Dahmer spared Somsack’s life and was sentenced to one year in prison and put on the sex offender’s registry after the boy reported him to police.

But, three years after the attack on Somsackin, in 1991, Dahmer murdered his brother Konerak after luring him to his apartment in a similar fashion. 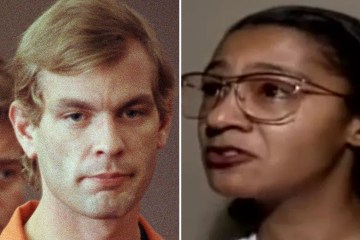 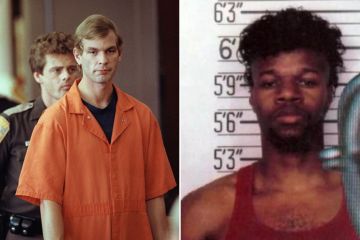 According to TheCinemaholic, the Sinthasomphone family, originally from Laos. faced a lot of financial challenges, which is why the brothers tried their best to help their family.

Unlike his brother, however, Konerak did not survive the horrific ordeal.

The teen did manage to escape Dahmer’s apartment and was spotted by three women who called police.

According to the Chicago Tribune, the teen was naked, bruised, bleeding and heavily under the influence of drugs when he was spotted by Sandra Smith, Tina Spivey and Nicole Childress.

Dahmer had reportedly drilled a hole into his skull and injected hydrochloric acid inside.

Officers John Balcerzak and Joseph Gabrish responded to the call, but ultimately handed Konerak back to Dahmer after being convinced he was his 19-year-old lover, according to court docs.

The men listed the incident as a “domestic squabble between homosexuals” and left Dahmer’s home shortly after.

″At the time, with the information we had—to this day, I think we did the appropriate thing, the best that we could,″ Balcerzak said in an interview after Jeffrey’s arrest, per AP News.

Dahmer murdered Konerak as soon as the cops left his apartment, he told police.

Five of Dahmer’s 17 gruesome murders, including the boy’s, happened after the women alerted police to Konerak.

Once Dahmer was arrested, his neighbor Glenda Cleveland became known as the brave woman who had tried tirelessly to stop the killer.

The Estate of Sinthasomphone and Konerak’s family filed a lawsuit against th Milwaukee Police Department and the City of Milwaukee after Dahmer’s arrest.

Dahmer murdered and dismembered 17 men over a 13-year period before he was apprehended by authorities.

He was killed by fellow Columbia Correctional Institution inmate Christopher Scarver on November 28, 1994.