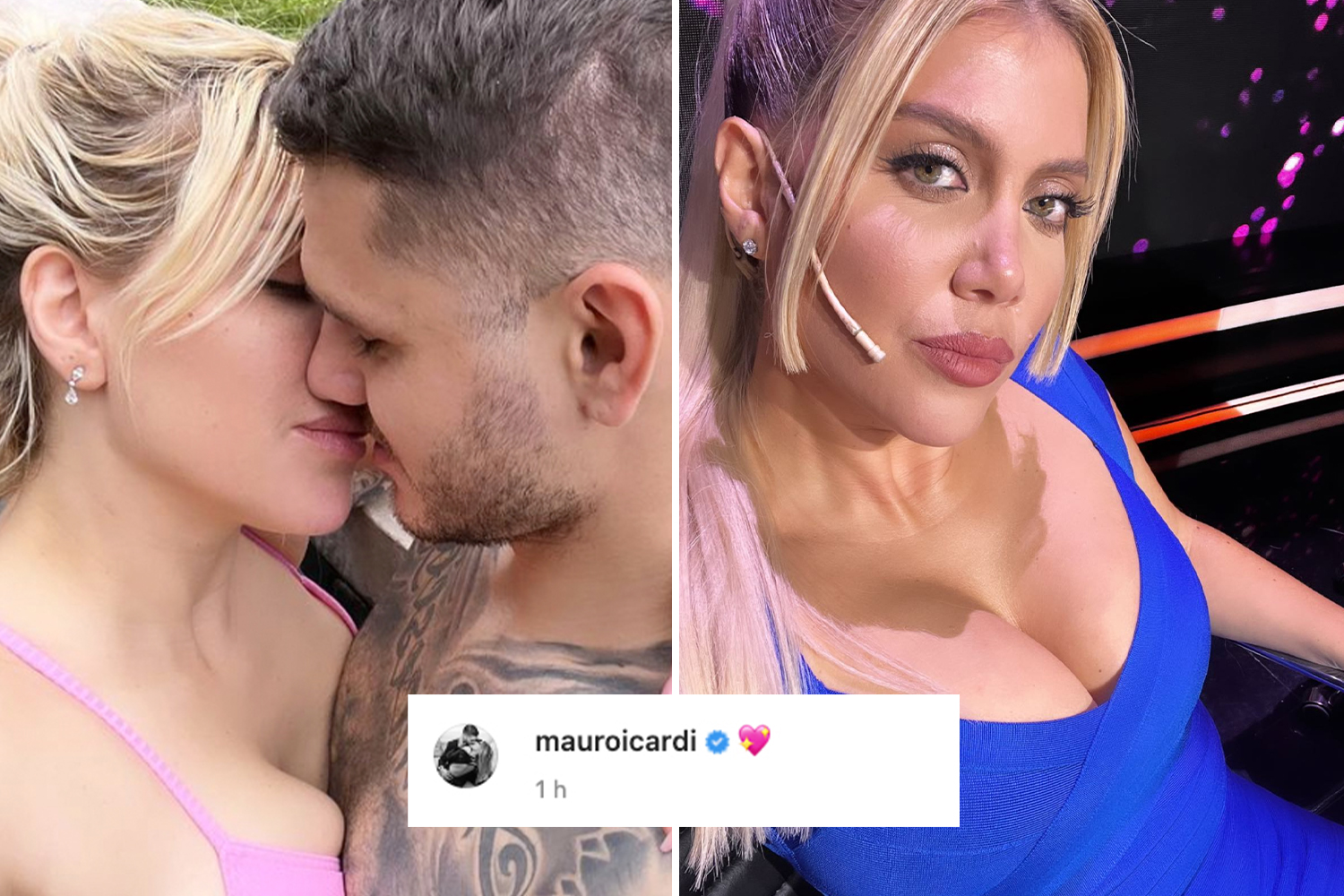 
MAURO ICARDI appears to have made up with wife Wanda Nara days after she announced they had split up AGAIN.

The couple had problems in October last year amid allegations Icardi had cheated on his wife.

On that occasion he skipped PSG training to patch things up with Wanda and he seems to have done so again despite his partner being in Argentina.

Icardi, 29, shared a loved up photo of him and Wanda on Instagram alongside a simple caption of a loveheart.

It comes just days after the on-loan Galatasaray striker accused his partner of nine years of being “toxic”.

Wanda announced they had broken up on Friday, expressing the pain she was going through.

But Icardi showed no sign of a separation while he scored his first goal for Galatasary and later suggested Wanda was controlling.

He said: “When you are single, or you say you are, but you are toxic.”

“Now you want to manage my life separately too?”

Wanda is currently living long-stance from her husband due to her TV work commitments in Argentina.

She revealed it has been painful living without Icardi and declared their marriage was over.

Wanda replied to a follower asking how long she has been married to Icardi, writing: “We were nine years.”

She followed that up with another post writing: “It is very painful for me to live this moment.

“But given my exposure and the things that are transcending and the media speculation, it is preferable that they know about it from me.

“I have nothing more to clarify and I am not going to give any kind of detail about this separation.

“Please, I ask that you understand not only for me, but also for our children.”