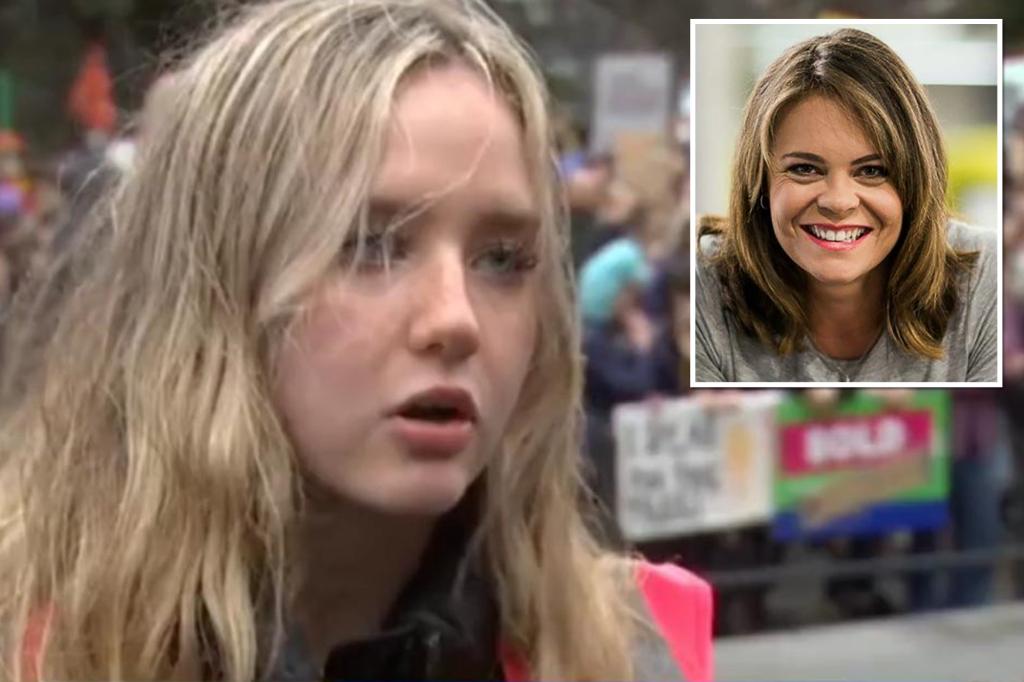 
A teen eco-warrior is going viral for a live radio interview in which she ripped people flying to vacation hotspots like Fiji — before admitting she’d just got back from that exact trip with her family.

During the chat, the teen environmentalists pushed a plan for people to have to apply to take gas-guzzling flights and only for approved events.

When her interviewer asked if people would be “allowed to go to Fiji” and if such a trip would be deemed “necessary,” the teen replied firmly: “In the current climate crisis I don’t think that that’s necessary.”

After admitting that her own last flight was “maybe a few months ago,” Cook hesitated when asked where she’d flown to.

“Izzy!” the interviewer said, struggling to contain her laughter.

“Izzy! Don’t you care about the climate, Izzy?” she asked in the clip shared more than a million times by Wednesday.

When the teen replied that “of course” she cared, du Plessis-Allan quipped: “Not enough! You went to Fiji! Izzy, c’mon mate — are you serious?”

After more uproarious laughter, she again asked: “Are you serious, Izzy?”

The teen finally conceded that it was “pretty ironic.”

“But to be honest it’s not really a trip that I wanted to go on but I can’t really get out of it because my parents wanted to go,” she insisted.

The radio host asked if the teen was “embarrassed that your parents did that to the planet and then forced you to do it as well?”

Asked if she had “a terrible time” on her sun-kissed vacation, the teen admitted, “not really” — sparking more loud laughter from her interviewer.

“I’m sorry, mate,” du Plessis-Allan said, struggling to control her laughter enough to call the teen “such a champion” with a “brilliant future ahead” of her, and promising to have her back on the show in the future.

Clips of the exchange quickly went viral, with many replying with laughing emojis and calling it hypocrisy “at it’s finest” and “on steroids.”

“Another elitist spouting do as I say not what I do,” one person commentated, while another said: “It’s all virtue signaling from these libs.”

“She’s already like a typical politician! Hypocrite!” she said.

However, Cook’s mom was not laughing — tearing into her daughter’s interviewer in a scathing op-ed for online mag The Spinoff.

“On Friday evening, I listened in horror as my 16-year-old daughter had a phone conversation with someone who appeared to be bullying her, laughing at her, and talking over her,” Rose Cook wrote.

“As soon as she got off the call I demanded to know who the hell was speaking to my child in this way,” she said.

Cook said that although her daughter’s activism had given her “some experience with dealing with the media,” she “wasn’t prepared for Heather du Plessis-Allan.”

“Commentators like du Plessis-Allan don’t give a s–t about climate change,” she seethed, accusing the radio host of relying on “‘gotcha’ moments for point-scoring and discrediting their opponents.”

“They seem particularly keen to go after our youth, whose future is most at stake,” the defensive mom wrote.

She, too, insisted that the teen had not wanted to go and instead “wanted to stay home and study.”

“But, selfishly, I insisted, because I wanted to spend this time with her,” the mom claimed.

“Heather du Plessis-Allan became a mother this year. I hope that no-one ever speaks to her child the way she did to mine,” the mom ended her angry rebuttal.