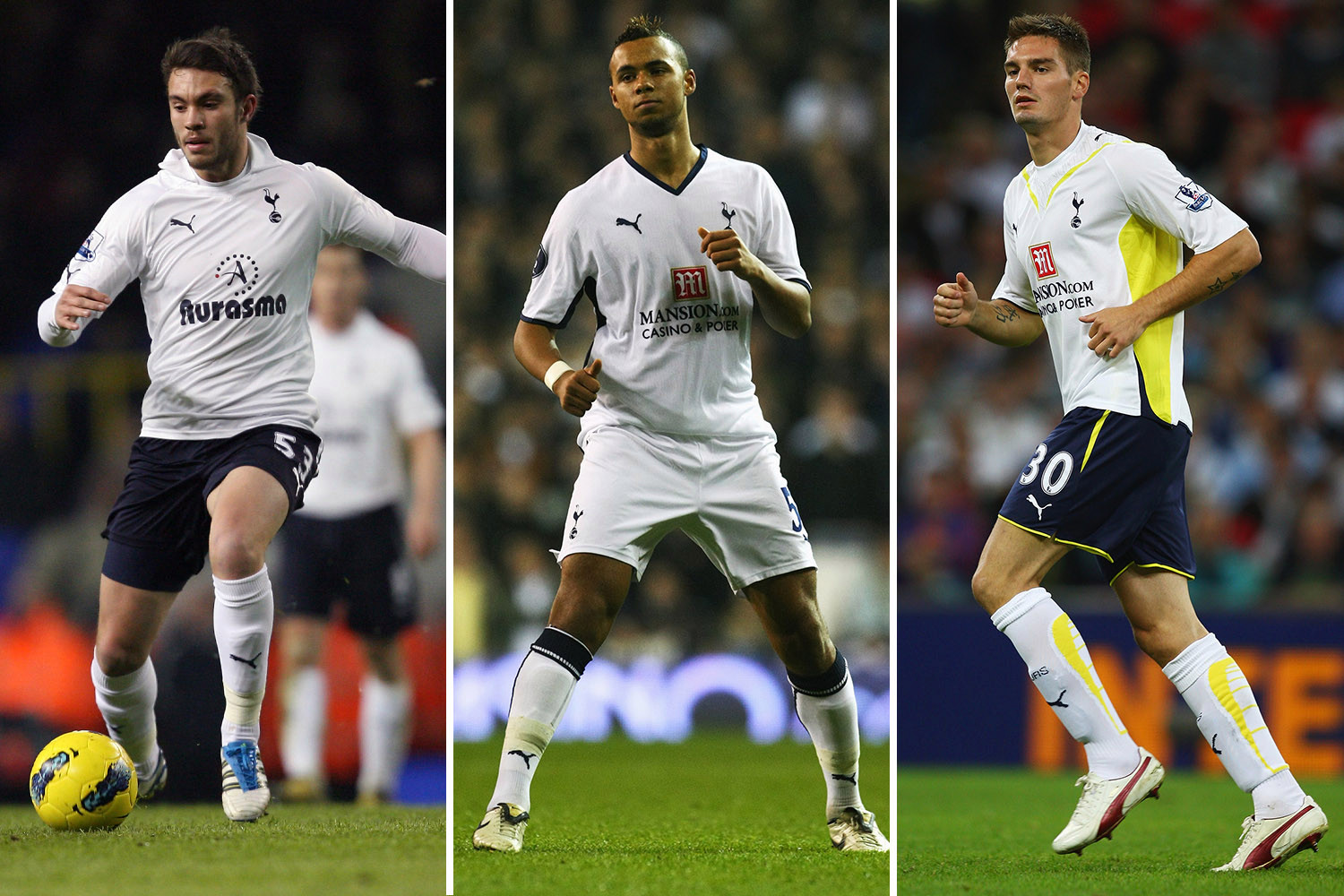 He quickly failed to live up to the hype in England following his move from Fulham and tried to kickstart his career at Hoffenheim last season.

Other wonderkids have struggled to make the grade, however.

Bostock was tipped for greatness after becoming Crystal Palace’s youngest ever player when he made his debut aged 15 in 2007.

A year later, Spurs fended off interest from Barcelona and Arsenal to sign the box-to-box midfielder, who seemingly had the world at his feet for £700,000.

But, as fate would have it, Jordan need not have worried. Bostock’s development stunted after unsuccessful loans at Brentford, Hull, Sheffield Wednesday, Swindon, and then Toronto FC.

A move to second division side Royal Antwerp reignited his passion for the game in 2013, and he then bounced to OH Leuven, Lens, Bursaspor and Toulouse.

In 2019 Bostock returned to our shores, still only 30, on loan at Nottingham Forest. Last season, he was at Doncaster Rovers – but turned down a new contract in the summer and left.

In 2012 Lancaster was reckoned to be Spurs’ best youth player in a team that also had Harry Kane in.

The centre-forward even got a debut before the England hotshot against Wigan that same year.

However, it all turned sour for Lancaster after a series of injuries hampered his progress, including snapping his groin to the bone and tearing his ACL.

In 2014, he was released by Spurs and signed by Stevenage. Then a move to St Albans City followed, where he continued to struggle.

A year later, he was enjoying his football in America playing for Louisville City in the USL Championship.

After rediscovering his scoring boots, finding the net 36 times in 79 games for them, he was signed by Nashville Soccer Club in 2019, who make their MLS debut in 2020.

After a loan spell at Louisville City, Lancaster joined the club permanently at the end of last season, ready for the 2021 campaign.

Arsenal aren’t the first club in North London to have a Ceballos on their books, you know.

Back in 2011 Tottenham took a punt on a Christian Ceballos, also an attacking midfielder, who was formerly at Barcelona’s famed La Masia academy.

By the age of 15, Ceballos had become a YouTube sensation after a video of him ball-juggling with Ronaldinho went viral.

But he was released by Barcelona, and after an unsuccessful trial with Chelsea was snapped up by Spurs.

Ceballos failed to make a first-team appearance for the Premier League giants and was sold to Charlton where he flopped.

After a three-year spell at Belgium team Sint-Truidense V.V., Ceballos moved to Qatari side Al-Wakrah in 2019. He is now at Azerbaijani club Sabah.

In 2006, when Martin Jol was Tottenham boss, he added Dervite to his squad.

Signed from Lille, the 6ft 4in defender was a France under-18 international and tipped to become one of the leading centre-halves of his generation.

Sadly for Dervite, he only made one appearance – in a League Cup tie against Port Vale alongside Michael Dawson in the heart of Tottenham’s defence – before injury curtailed his career.

Surgery on his knee kept him out of the game for several months, but a loan spell at Southend United gave him renewed hope when he was voted second in a player of the season poll by their fans.

But top-level football alluded him, and spells at Villarreal B, Charlton, Bolton and Charleroi followed.

He moved to Cypriot minnows Doxa Katokopias and then to Belgian side Renaissance Mons 44, who were reformed this summer after being declared bankrupt in 2015.

Between 2004-08, Tottenham had high hopes for Republic of Ireland forward Dixon.

That’s why they stood by the youngster after he suffered three crippling knee injuries before the age of 18.

But it wasn’t to be, and he was picked up by West Ham after Spurs released him.

A year later his contract was terminated by the Hammers when he failed to break into their first team.

He’s been at Aylesbury United since 2014, before moving to Tring – although it is unknown if he still plays today.

In 2002, Belgium midfield schemer rejected Man Utd’s advances after Sir Alex Ferguson earmarked him as one for the future.

A few months later, in came Spurs who swooped for the-then Belgium under-19 star who was one of the most coveted young footballers on the planet.

A good passer of the ball with excellent vision, Blondel suffered with the physical rigours of the British football.

At only 5ft 8in and of slight build, he was often bullied out of reserve games and was deemed surplus to requirements within two years, playing just twice.

However, Blondel did kickstart his career back in Belgium with Club Brugge, and ended up making 266 games for the club. He retired at 31 in 2015, but didn’t quite achieve what was expected of him in the game.