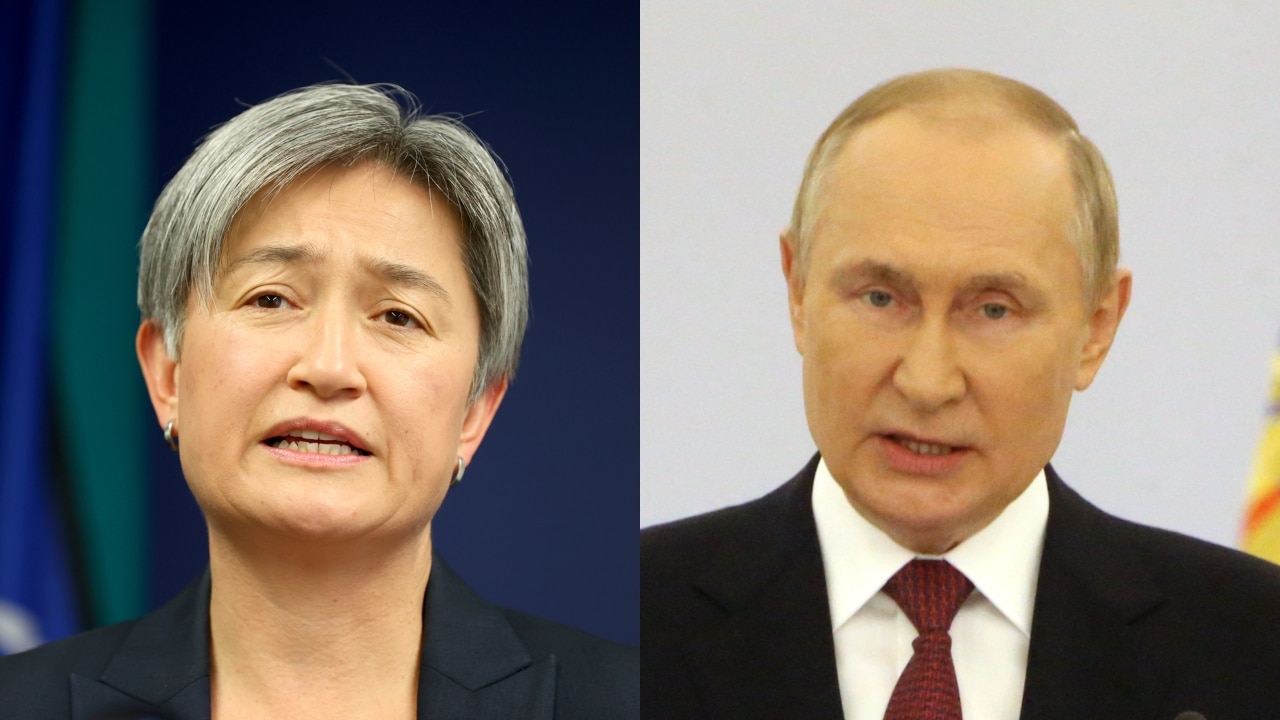 Foreign Minister Penny Wong has condemned President Vladimir Putin for proclaiming the annexation of four Ukrainian regions as she announced a fresh range of sanctions.

At a ceremony on Friday Putin claimed the residents of Ukraine occupied Donetsk, Luhansk, Kherson and Zaporizhia as Russia’s “citizens”.

The announcement came after Pro-Russian officials allegedly held referendums in the regions and the results showed between 85 to 97 per cent support from residents to become part of Russia.

The 37-minute tirade by the Russian President represents a major escalation of the 7-month war and has been denounced by western countries, Ukraine and the United Nations as violating international law.

Ms Wong said the Albanese government “objected” to the illegal claims to territory in a statement, adding no “sham” vote could legitimise the move.

“These additional sanctions reinforce Australia’s strong objection to the actions of President Putin and those carrying out his orders,” Ms Wong said on Sunday.

“The areas of Ukraine currently occupied by Russian forces are the sovereign territory of Ukraine.

“No sham referendum will change this.”

The federal government has provided a total of 40 bushmasters to Ukraine on top of Australia’s military assistance of $385 million to date.

However, on Saturday Ukraine’s Ambassador to Australia Vasyl Myroshnychenko urged the Albanese government to provide further military weapons and equipment.

“It is again confirmation that Russia is there for a long time and it’s important… allies and friends continue to support us and actually sending more weapons to Ukraine,” Mr Myroshnychenko told ABC News Breakfast.

“We have the motivation. It now all depends on our friends, including Australia, if we can get enough weapons and equipment to be able to evict the Russians from Ukraine.

Despite Ukraine regaining thousands of kilometres of territory in the last month, Putin’s Friday night address has alarmed the international community for its strong anti-west sentiments.

The Russian president said the annexation of the four territories was “the will of millions of people” as he slammed the west of “outright satanism”.

“The dictatorship of the Western elites is directed against all societies, including the peoples of the Western countries themselves,” Putin said in his address on Friday.

“This is a complete denial of humanity, the overthrow of faith and traditional values. Indeed, the suppression of freedom itself has taken on the features of a religion: outright Satanism.”

Shortly after the ceremony the UN attempted to pass a resolution which would declare the referendums as having “no validity”, however, Russia used its veto to reject the proposal.