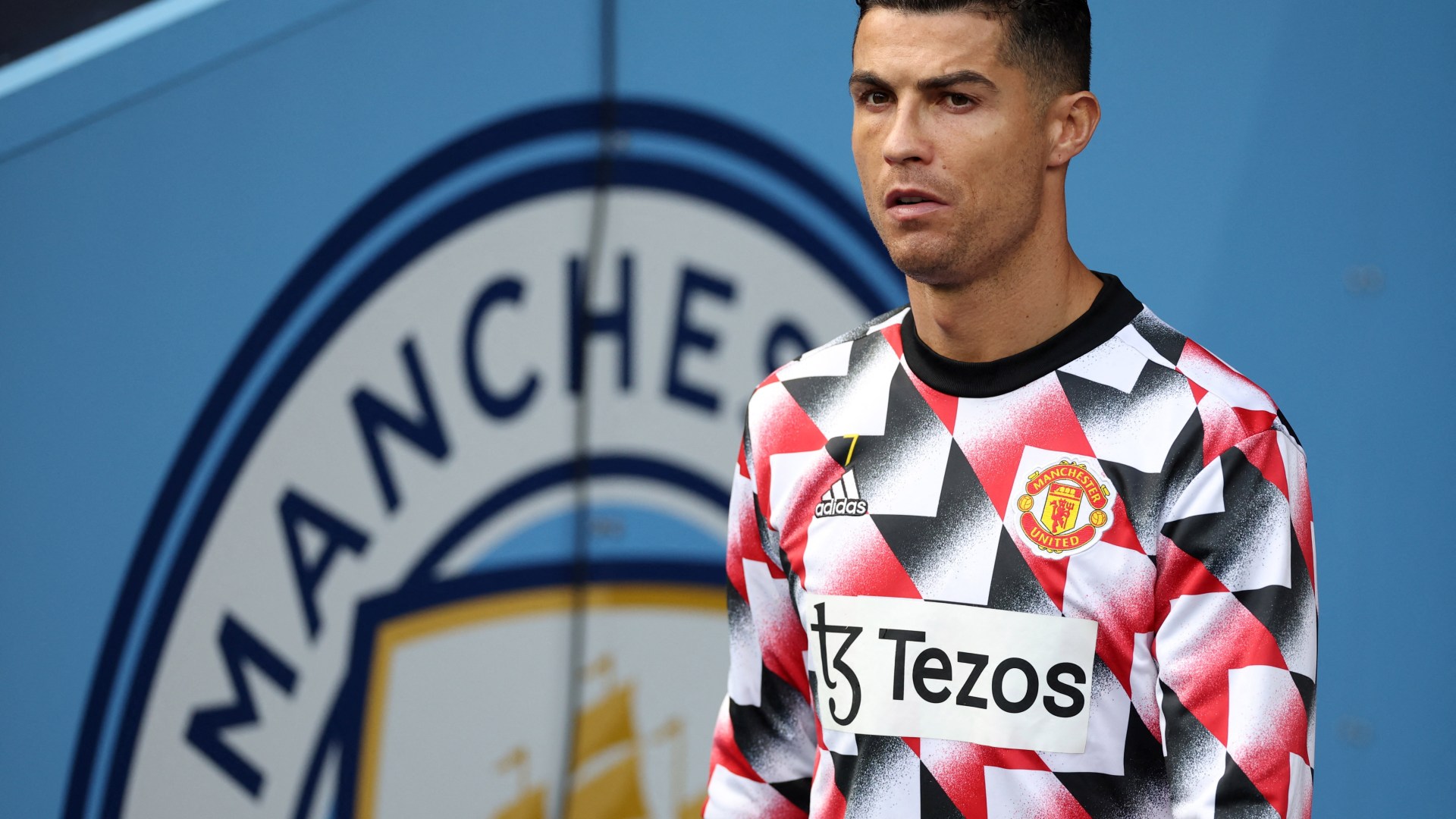 
CRISTIANO RONALDO was spotted looking frustrated when Anthony Martial was brought on ahead of him in the Manchester derby.

Manchester United were swept aside by a clinical Man City as the game ended 6-3.

With an hour on the clock the Red Devils found themselves 4-1 down having just pulled a goal back via a great strike from Antony.

Chasing the game, manager Erik ten Hag turned to his bench and decided to snub bringing on Ronaldo – instead opting for Martial to replace Marcus Rashford.

The camera zoomed in on the Portuguese hero to see him stone-faced and seemingly shocked.

Martial repaid Ten Hag’s faith in him scoring twice late on in the game. His second was a penalty which he won himself.

This cameo display could only further restrict the the 37-year-old’s minutes in the future.

The Dutch boss prefers pace up front and Ronaldo has started just once in the Premier League this season – the 4-0 loss to Brentford.

He has featured eight times in all competitions scoring one goal – a penalty versus Sheriff Tiraspol in the Europa League.

Ronaldo not being introduced when United needed goals tops a bad week for him.

While on international duty he suffered a blow and a cut to the face during Portugal’s recent victory over Czech Republic that left him with a black eye.

He was then on the receiving end of criticism from Portugal fans due to his underwhelming performances with some saying he should be dropped from the starting XI.

The ex-Real Madrid and Juventus ace’s sister Katia Aveiro then leapt to his defence after that setback.

He still did start versus Spain as Fernando Santos’ side conceded a late goal meaning they didn’t top the group and failed to progress to the Nations League finals.

This all comes after Ronaldo did not get his transfer away from Old Trafford in the summer which he so wanted.

Saudi Arabian side Al-Hilal were rumoured to be the closest to signing him offering Ronaldo a huge financial package but they were unable to seal the deal due to a transfer ban.