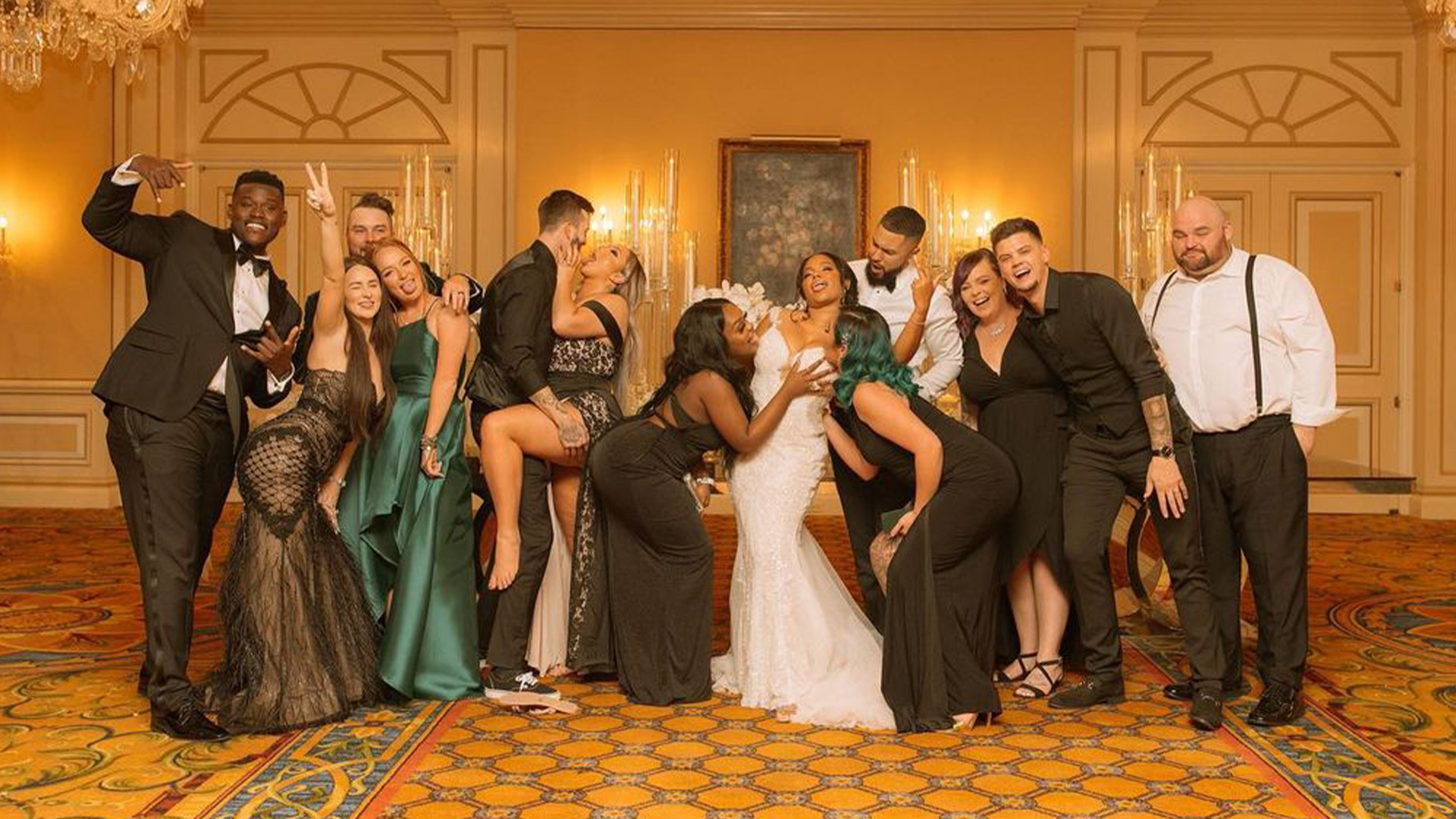 Cheyenne Floyd got married to Zach Davis on September 29 in Pasadena, California.

On their special day, the happy couple made time to take a Teen Mom group photo that has been shared on Jade Cline’s Instagram.

The bride and groom are in the center of the picture surrounded by the cast members who attended.

There was clearly a dress code because everyone in the photo was wearing black or dark colors, and it looked amazing. 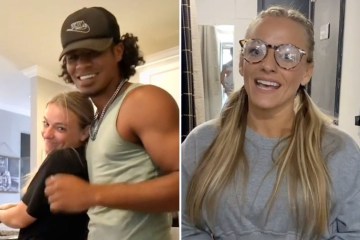 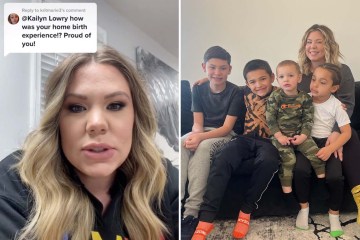 The castmates took the opportunity to get raunchy and sexy for the photos.

They were all laughing, hugging, and groping each other in true MTV fashion.

When this photo came out, Reddit did its thing and varying opinions came flooding in.

Another said: “Kiaya keeping it classy with the middle finger … and don’t make me talk about the groom.”

A different user said: “They’re probably pretty drunk. Logic out the window. I’m sure there are plenty “normal” pictures.”

Another user said: “It’s a lot. Like a real lot to unpack. They look happy and that’s the main thing. Jade and Sean are about to post their latest OF content. Jaylan and Leah are prepping for their photo shoot AFTER cheys wedding because doing it during would be frowned upon.

“Maci and Taylor are missing the red cups. Cate and ty are being, well, cate and ty. The cake that’s missing the icing. Blue hair and Gary are just there for the ‘why are they here’ peeps.”

And some fans actually liked the photos: “I actually like those photos. I don’t know why but maybe because they all look happy and well dressed.”

Some of the Teen Mom crew appeared to be snubbed on Cheyenne’s special day and didn’t receive an invite.

Others might have been caught in the grips of parenting or Hurricane Ian and were unable to attend.

These photos weren’t the only NSFW moment at the wedding, Cheyenne also appeared in a see-through catsuit at her wedding reception.

Thankfully, other Teen Mom stars like Maci Bookout dressed appropriately for the occasion.