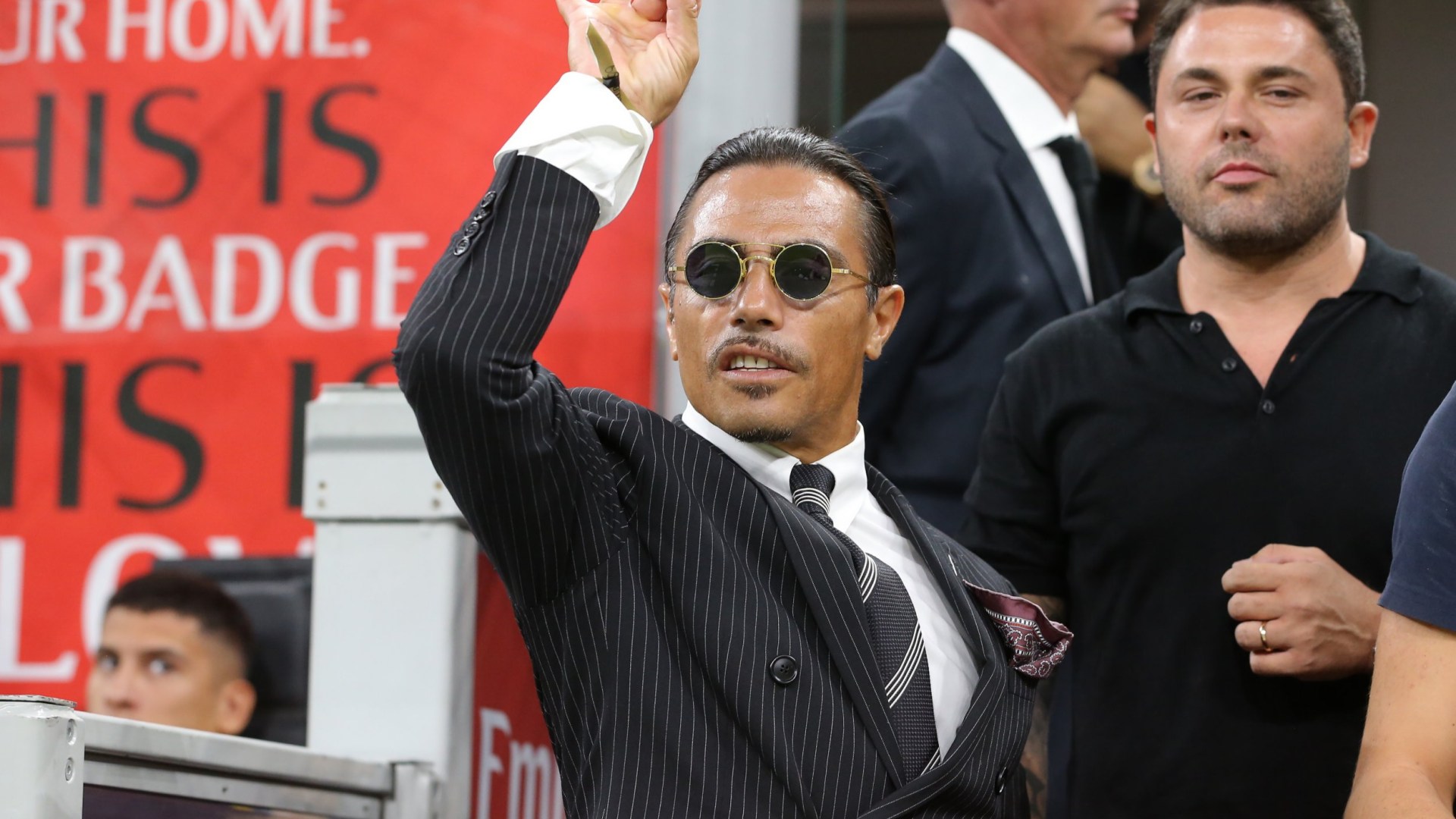 
RESTAURANTEUR and internet sensation Salt Bae first rose to fame in 2017 – and he’s had a successful career ever since.

From his work life to family life, we have everything you need to know.

Who is Salt Bae?

Nusret Gökçe is the man behind the nickname – Salt Bae.

Born in 1983, Salt Bae is a Turkish butcher, chef, food entertainer and restaurateur.

He was originally born in Erzurum to a Kurdish family – his father Faik, who was a mineworker and his mother Fatma.

However, during his time in the sixth grade, he was forced to leave school and work as a butcher’s apprentice in Istanbul – due to the family’s struggle with finances.

In his twenties, Gökçe picked up sticks to go to Buenos Aires, to learn more about their beef and the art of butchery.

The more he learnt about steak, the more his dream to open a restaurant intensified – and he did exactly that.

He is also the man behind the viral internet meme which blew up at the start of 2017.

The video of him lovingly preparing an Ottoman steak, posted on January 7, 2017, quickly went viral – and before he knew it, his face was a meme that was being shared worldwide.

His strangely sensual meat videos soon evolved into a series of viral memes, with viewers taking particular delight in the flamboyant way Nusret sprinkled a handful of salt crystals at the end of the clip.

Nusret quickly became a celebrity in his own right, cooking for celebrities like David Beckham, Leonardo DiCaprio, and DJ Khaled.

His Instagram page now has in excess of 48 million followers.

He is now living a life worlds away from his upbringing.

How did Nur-Et become famous?

Gökçe became famous from a series of viral Internet videos and memes.

The video shows him cutting meat and sprinkling salt on it in a “suavely” way.

The video received more than 10 million views on Instagram, and it was at that moment he was nicknamed “Salt Bae” because of his certain way of salting meat.

And that name has stuck ever since.

What is Nusret’s net worth?

Gökçe opened his first Nusr-Et steakhouse in Istanbul in 2010.

The brand grew, and he opened restaurants across the Middle East, including in Ankara, Doha and Dubai.

It was then that Gökçe shot to viral internet fame – and it allowed him to open a total of 13 restaurants within the year, expanding into America and Greece.

In 2021, he opened the first London Branch of the chain in the posh area of Knightsbridge, bringing the number of restaurants worldwide to an impressive 15.

However, a meal at one of his establishments will cost you!

Due to the success of the chain (and the high prices), it’s now estimated that Salt Bae’s net worth as of 2021 was a staggering $60million (£44million).

Where are Salt Bae’s restaurants?

Nusret is now the co-owner of steakhouse chain Nusr-Et (named after himself).

According to Turkish media, its a million-dollar empire with 400 employees.

Nusr-et’s restaurant locations are spread across the globe.

You can find them in:

His brief opening of a restaurant in Boston attracted attention after a bizarre TikTok video emerged of a woman twerking while Salt Bae filmed her.

What does Salt Bae mean?

The word “bae” is colloquially used as a shortened version of the word “babe” or “baby”.

However, despite Nusret’s loving tendency towards his meat, the word “bae” is actually an acronym.

Salt Bae can be translated to ‘Salt before anyone else”.

Is Nusret married and does he have kids?

Nusret, aka Salt Bae, has kept his relationship status private since he shot to fame back in 2017.

And just like his love life, his family life also remains private.

However, in 2016, speculation rose when he posted a candid snap of himself and nine young children.

The snap pictured Salt Bae holding a newborn baby whilst nine other children stood closely around him.

He captioned the picture ‘The man who didn’t spend time with his family wasn’t a real man’ – and this sent fans wild with speculation in the comment section.

One curious Instagram user wrote: ”Does he really have nine kids???”

It has not been confirmed if Salt Bae has any children.