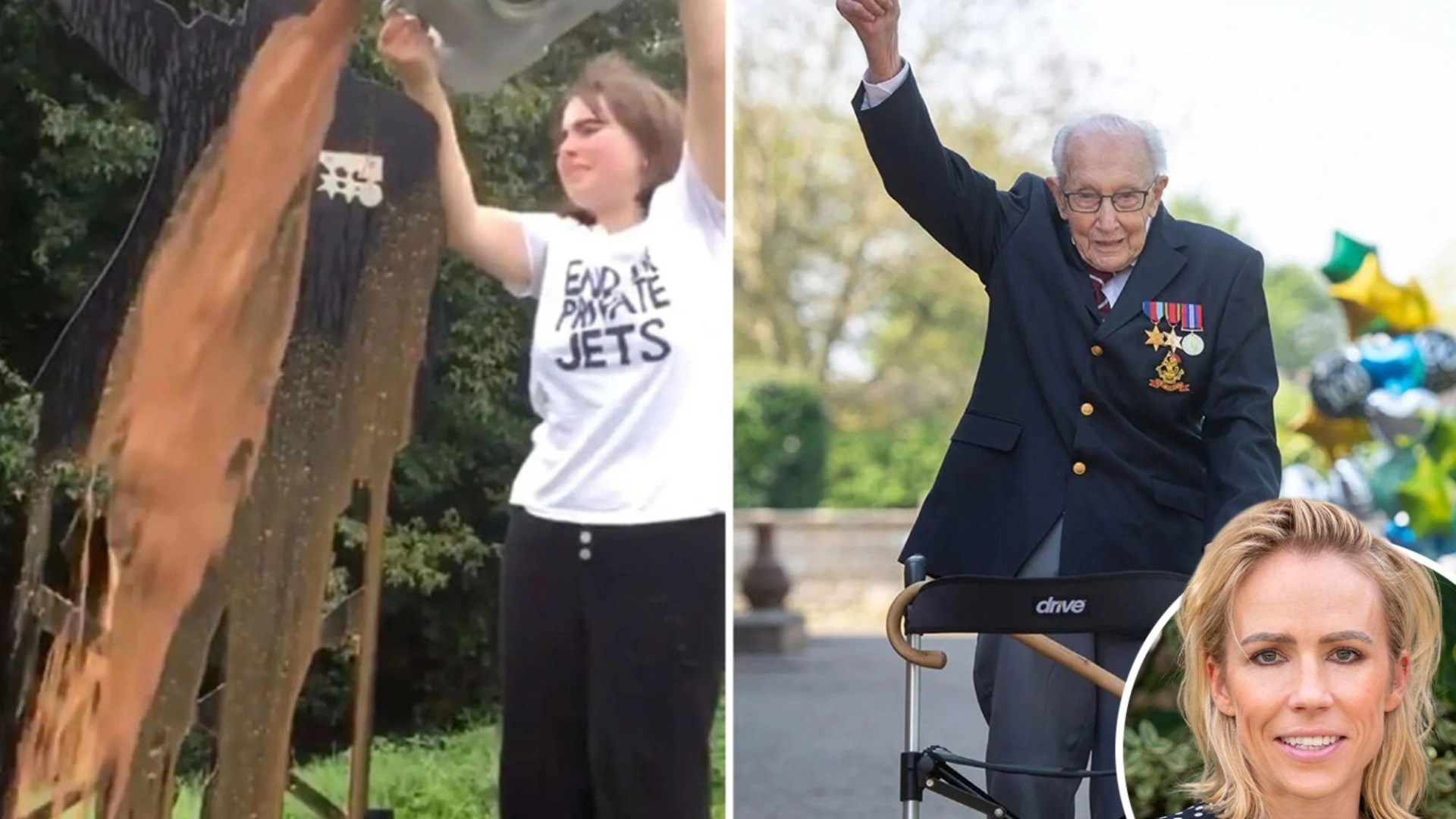 
TWO months before he died, Captain Sir Tom Moore hopped on a Boeing 747 and nipped to Barbados.

Captain Tom, the war hero, Guinness world record holder, family man and NHS champion, was many, many things — but overly concerned about his carbon footprint he was not.

Which is why the decision by an eco-warrior called Maddie Budd to pour human waste over the late, great Captain Tom’s statue is all the more baffling. And stupid.

She was arrested on Saturday and charged by Derbyshire Constabulary on suspicion of criminal damage.

The 21-year-old was representing an organisation, in the loosest sense of the word, called End Private Jets UK. 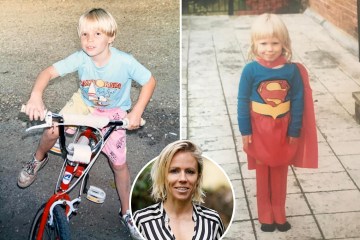 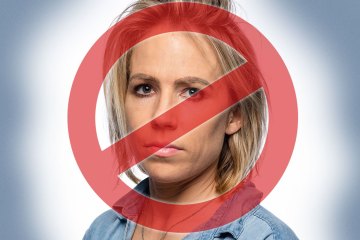 On Sunday, a video of a gagging Maddie pouring poo over the statue quickly went viral.

In it, she said: “Every time one (private jet) takes off, it pours a bucket of s**t and blood on to everything Captain Tom stood for.

Firstly, Maddie was using a plastic container to pour her poo. Plastics, of course, account for 3.4 per cent of global greenhouse gas emissions.

Secondly, Captain Tom is not the problem — private jets are. We can all agree they’re pretty unnecessary — a toy confined to the 0.1 per cent.

They produce significantly more emissions per passenger than commercial jets. They are naughty, naughty machines.

And, really, will Meghan and Harry, or Lionel Messi — who’s taken 52 PJ trips in three months — remain housebound for all eternity if they get banned?

No. They can lose their luggage at Gatwick like the rest of us plebs.

The new Police, Crime, Sentencing and Courts Act was passed in April and will soon come into effect.

The ability to protest peacefully will come under greater threat, with police having more powers to intervene.

Maddie’s heartfelt ambitions are admirable, yet by protesting in such a manner, her group alienate the public and undermine their cause.

They make us less likely to listen to future protesters.

Maddie was training to be a doctor before she dropped out to become a full-time activist. But even a med school drop-out knows faeces is riddled with bacteria and viruses.

As a Twitter commentator observed: “If I saw her or Harold Shipman walking towards me in A&E, I’d be hoping Shipman got to my cubicle first.”

Poor Maddie is now doomed to a life of unemployment.

The alarmist actions of these sorts of pressure group — which can also be genuinely shocking and traumatising to any young children present — are nothing new.

Captain Tom walked 100 laps of his garden to mark his 100th birthday and raised nearly £33million for NHS charities in the process.

By abusing a war hero’s memory, and all the good, the kindness, the hope Captain Tom stood for, these hair-brained protesters utterly under-mine their message.

They don’t make us want to swim to the South of France next summer.

They do make us want to drive to Biggin Hill, board a champagne-fuelled six-seater, and do loop-de-loops over the Atlantic.

“WHAT’S the scariest four-word horror story you can think of?” So posed the author of cult site Very British Problems — characterising the most intrinsically awkward characteristics of our great nation — over Twitter.

“Is this seat taken?”

“Let’s do an icebreaker.”

“Who wants to dance?”

“Still on for tonight?”

GOOD to see Sussex Police sparing this vile, monstrous child rapist the horror of being misgendered.

Only after intervention from Home Secretary Suella Braverman, and the Twitterati, did Britain’s wokest force apologise after trying to spare the feelings of transgender serial sex offender Sally Anne Dixon.

The rapist was finally jailed for 20 years for indecent assaults against five girls and two boys from 1989 to 1996, when Sally was a man known as John Stephen Dixon.

Responding to remarks questioning the headline in its press release stating “Woman convicted of historic offences against children”,

Sussex Police tweeted that it did not “tolerate any hateful comments towards their gender identity regardless of crimes committed”.

When will this madness ever end?

Harry up and object

TIME and again, footballers and the game’s authorities get accused – quite fairly – of virtue-signalling.

But hats off to the Iranian national team.

The players covered up their national logo by wearing jackets ahead of a friendly last week, showing solidarity with protests against the repression of women.

Striker Sardar Azmoun, who plays for German side Bayer Leverkusen, also lashed out against his country’s brutal, misogynistic regime – and the horrific death in custody of Mahsa Amini.

He wrote: “At worst I’ll be dismissed from the national team. No problem. I’d sacrifice that for one hair on the heads of Iranian women.

“Shame on you for killing so easily. Long live Iranian women.”

Our own national team kick off their World Cup bid against Iran on November 21.

Given Harry Kane and Co’s alacrity to take the knee or don a rainbow armband, it would be great to see them, too, now take a stand.

ONLY a man could think this was a good idea. And only a supermodel would go along with it.

Sébastien Meyer and Arnaud Vaillant were the “brains” behind this spray-on Coperni dress.

Handed the sartorial equivalent of a hospital pass, model Bella Hadid obviously pulled it off spectacularly during Paris Fashion Week. But any normal woman would be arrested.

For a start, IMAGINE the horror of eating Christmas dinner in nothing but a lick of paint . . . hideous.

WHO’D have thought Stacey Solomon, a chirpy woman from Dagenham, East London, one who gamely ate a kangaroo’s penis, may have single-handedly solved the cost-of-living crisis?

The 2010 winner of I’m A Celebrity (hence the marsupial penis) has come up with a natty way of helping people struggling with bills.

“I have nothing against the monarchy, and the Queen seemed like a lovely lady, but I don’t understand why we pay a contribution to one of the wealthiest families in the world,” she says, not unreasonably.

“It would be cool if there was an opt-in, opt-out version and you can opt to give it to somebody else.”

So basically a Disney+ for royals.

In a week of news about members of the Royal Family and their various multimillion-pound properties – ones which won’t go unheated this winter – Stacey’s plan isn’t entirely out of kilter.

And with the Danish royal family’s recent trim, there’s clearly an appetite for a less gold-plated, Marie Antoinette-style monarchy.

Given the recent public outpouring of support for the royals, and the thousands of cumulative hours spent in line for the Queen –  Holly and Phil notwithstanding – only the most leftie of republicans, surely, would opt out?

THERE’S nothing Liz Truss likes more than a good flip-flop.
After all, the under-fire PM, the Havaiana of politicians, has form for “changing her mind”.

From Brexit, to abolishing the monarchy and cutting public sector wages outside London, the only surprising thing about the former Lib Dem’s latest U-turn on the 45p tax rate is that any of us should be surprised. 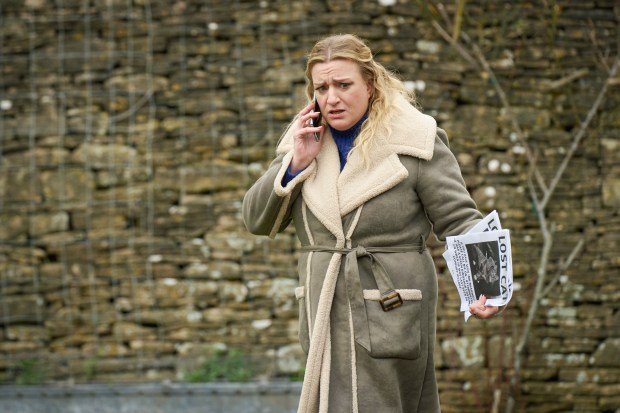 TURNS out I don’t have any special genetic markers, nor a snazzy SARS-CoV-2 viral pathway mutation.

Yep, on Sunday, almost three years after everyone else, I tested positive for Covid. Dozens of paracetamol, and hours of mindless telly later, and I still feel fairly s***y.

But for anyone needing some tele- visual inspiration, here goes . . .

This England –  a leftie interpretation of how Boris and Co. handled the pandemic, but still gripping . . . and a little masochistic if, like me, you actually have Covid.

Am I Being Unreasonable? – starring Daisy May Cooper and the BRILLIANT child actor Lenny Rush, this BBC1 triumph is both hilarious and hugely bingeable