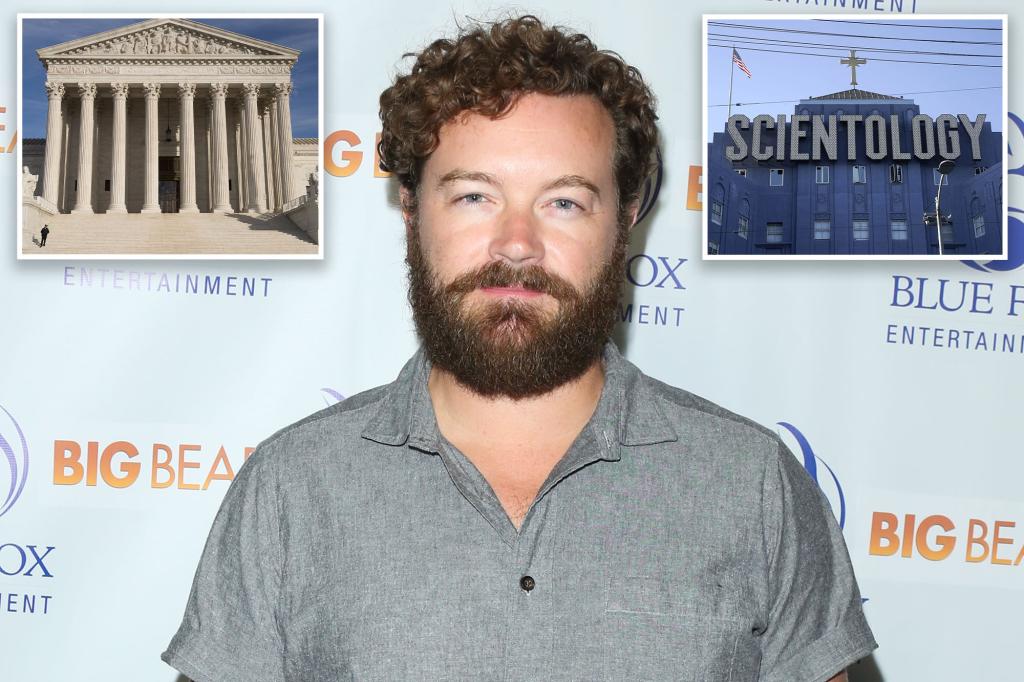 
The US Supreme Court on Monday “denied” the Church of Scientology’s bid to prevent “That ’70s Show” star Danny Masterson’s rape accusers from suing the religious organization.

Scientology’s leaders had sought the court’s involvement to help enforce a religious arbitration clause in its member contract that ensures disputes are settled out of the public eye.

But as the new term got underway this week, SCOTUS declined to add Scientology’s case to the docket.

The Supreme Court didn’t elaborate on its decision to decline the petition, simply noting, “Petition DENIED” on the online record.

The David Miscavige-led organization had filed its 144-page petition in July after a California appeals court ruled that a lawsuit brought by Masterson’s alleged rape victims could remain in Los Angeles Superior Court — and not have to go through the church-led arbitration.

The appeals court ruled the women were not bound by Scientology’s arbitration rules because they have a First Amendment right to leave a religious organization and that the allegations in their suit occurred after they left the church.

Masterson is a high-ranking Scientologist and his accusers are all former members.

The women, who filed their suit in 2019, have accused the church of stalking and harassing them after they reported their Masterson rape allegations to cops.

The appeals ruling — and subsequent Supreme Court refusal to hear the case — means the civil case can continue to move forward in the public realm.

Separately, Masterson is set to face trial Oct. 11 for multiple sexual assault charges stemming from the allegations that date back nearly 20 years.

The 45-year-old actor has pleaded not guilty to three counts of rape by force or fear.

One of his accusers, Chrissie Carnell Bixler — a former model who dated the actor for years — testified at Masterson’s pretrial hearing last year that he raped her in 2001 when she was 23.

During the alleged incident, Bixler testified, she awoke to find Masterson having sex with her and he put “all of his weight” on her when she tried to push him away.

Masterson’s accusers also testified during his preliminary hearing that the church had tried to deter them from reporting the allegations to police.