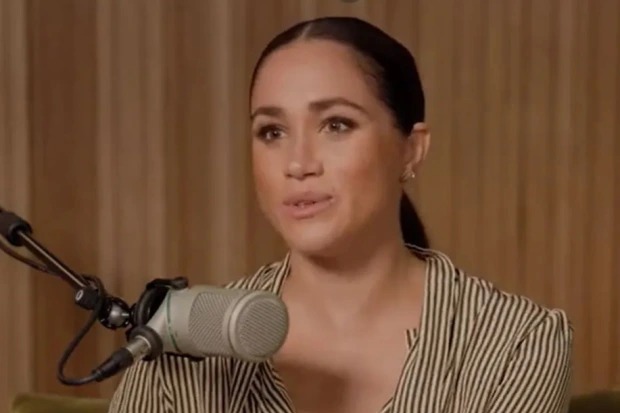 
MEGHAN Markle has released her first Spotify podcast since the death of the Queen after a four week break.

She began by talking about her experience of growing up in Los Angeles which was “full of culture that you could see, feel, hear and taste on a daily basis” and said she had a “real love” of getting to know other cultures.

She spoke of going to a Korean spa with her mother as a teenager, adding: “It’s a very humbling experience for a girl going through puberty because you enter a room with women from ages nine to maybe 90, all walking around naked and waiting to get a body scrub on one of these tables that are all lined up in a row.

“All I wanted was a bathing suit.

“Once I was over that adolescent embarrassment, my mom and I, we would go upstairs we would sit in a room and we would have a steaming bowl of the most delicious noodles.”

Meghan said she was not aware of the stigmas faced by women of Asian descent until many years later.

The duchess said: “The Dragon Lady, the East Asian temptress whose mysterious foreign allure is scripted as both tantalising and deadly.

“This has seeped into a lot of our entertainment. But this toxic stereotyping of women of Asian descent, it doesn’t just end once the credits roll.”

It is the first episode released since the Queen’s death – which occured while Meghan was in the UK.

Three episodes of the audio series have been released since its launch on August 23, featuring conversations with tennis player Serena Williams, pop star Mariah Carey, and actress and producer Mindy Kaling.

Meghan and Harry signed a lucrative deal with the audio streaming giant to host and produce podcasts, estimated to be worth around 25 million US dollars (£18 million), in late 2020.