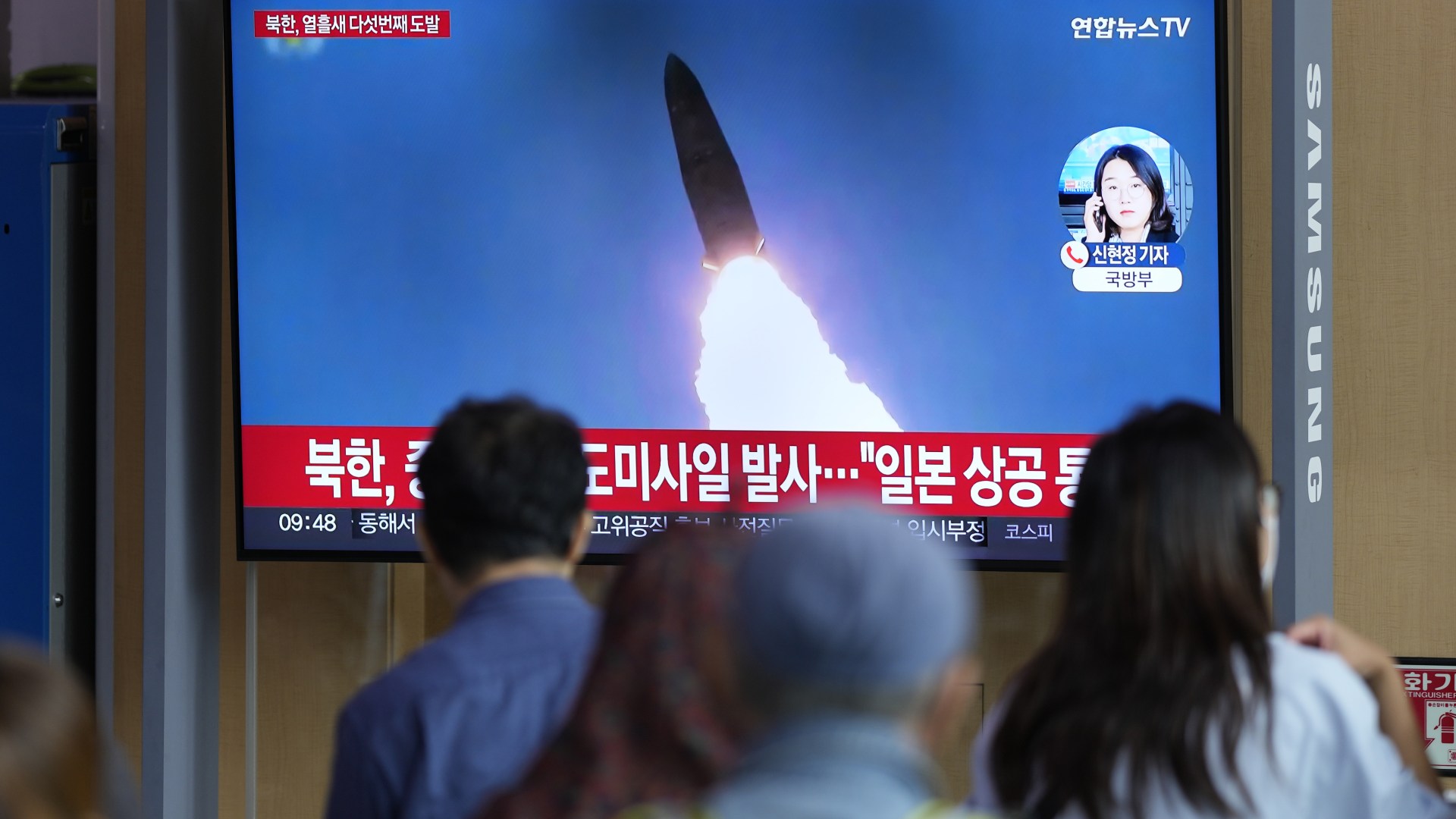 
NORTH Korea has fired a nuclear-capable missile over Japan for the first time in five years, sending panicked residents fleeing for cover.

Locals were urged to seek safety underground as the terrifying rocket soared above the nation before landing in the Pacific Ocean.

The Japanese Government warned citizens to take cover after its coast guard reported a launch by North Korea.

A statement from the Japanese Prime Minister’s Office warned residents to “evacuate inside a building or underground”.

The Prime Minister’s office issued the following statement on its official Twitter account: “The missile is believed to have been launched from North Korea. Evacuate inside a building or underground. Date and time received: 07:29 on the 4th Target area: Aomori Prefecture, Tokyo.”