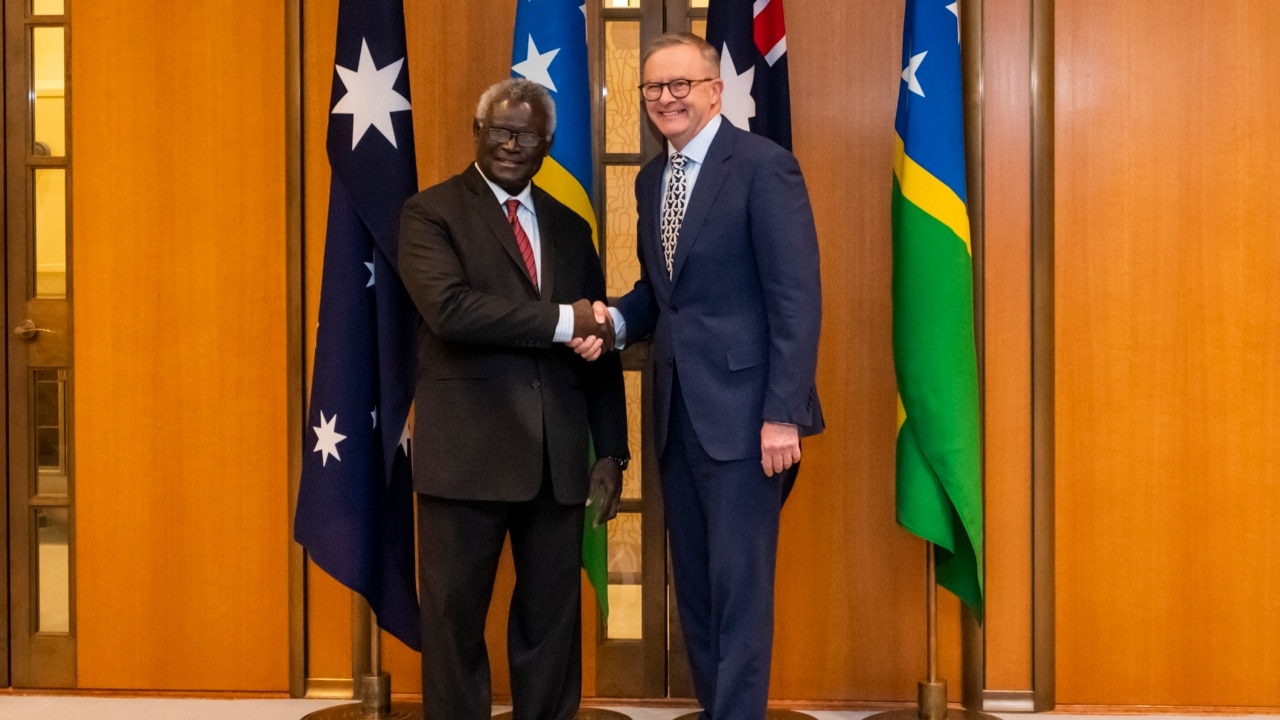 Prime Minister Anthony Albanese is set to visit the Solomon Islands for the first time after successful talks with Prime Minister Manasseh Sogavare in Canberra this week.

Following their talks on Thursday Mr Albanese and Mr Sogavare said they built on their July conversations at the Pacific Islands Forum in Suva about responses to the climate crisis and aspirations for a peaceful and prosperous region.

Australia reaffirmed its “enduring support” across all areas of society in the Pacific and as the Solomon Islands’ largest development partner in areas including infrastructure, health, education and governance.

Mr Sogavare also welcomed Australia’s $16.68 million in support for the 2023 Pacific Games and the offer to help the next election.

The Solomon Islands has recently found itself in the centre of growing geopolitical tensions between Australia and China as Beijing looks to increase its influence in the region.

A security pact between China and the Solomon Islands signed in March caused great concerns for Australia as the agreement could allow for a People’s Liberation Army base to be established less than 2,000km from Australia.

Foreign Minister Penny Wong has visited the Solomon Islands since Labor secured government where she held meetings with several other Pacific nations to reaffirm Australia’s commitment to the region.

Despite the efforts from the government, a new Australia Strategic Policy Institute report revealed that a Chinese disinformation campaign had been influencing Solomon Island residents that Australia, the United States and Taiwan were behind last year’s riots in Honiara.

“This report highlights an emerging and continuously developing Chinese state information capability in the Solomon Islands,” the report said.

“That capability can be deployed to support the CCP’s objectives, which include undermining Solomon Islands’ existing relationships with foreign partners, particularly Australia and the US.”

Around 70 per cent of the articles were aimed at undermining the Solomon Islands’ relationships with the US and Australia and were most successful when deployed with the support of local media.

However, the report also revealed that China’s attempts to shape public perception had achieved mixed results with a slow uptake of social media sharing of the propaganda.