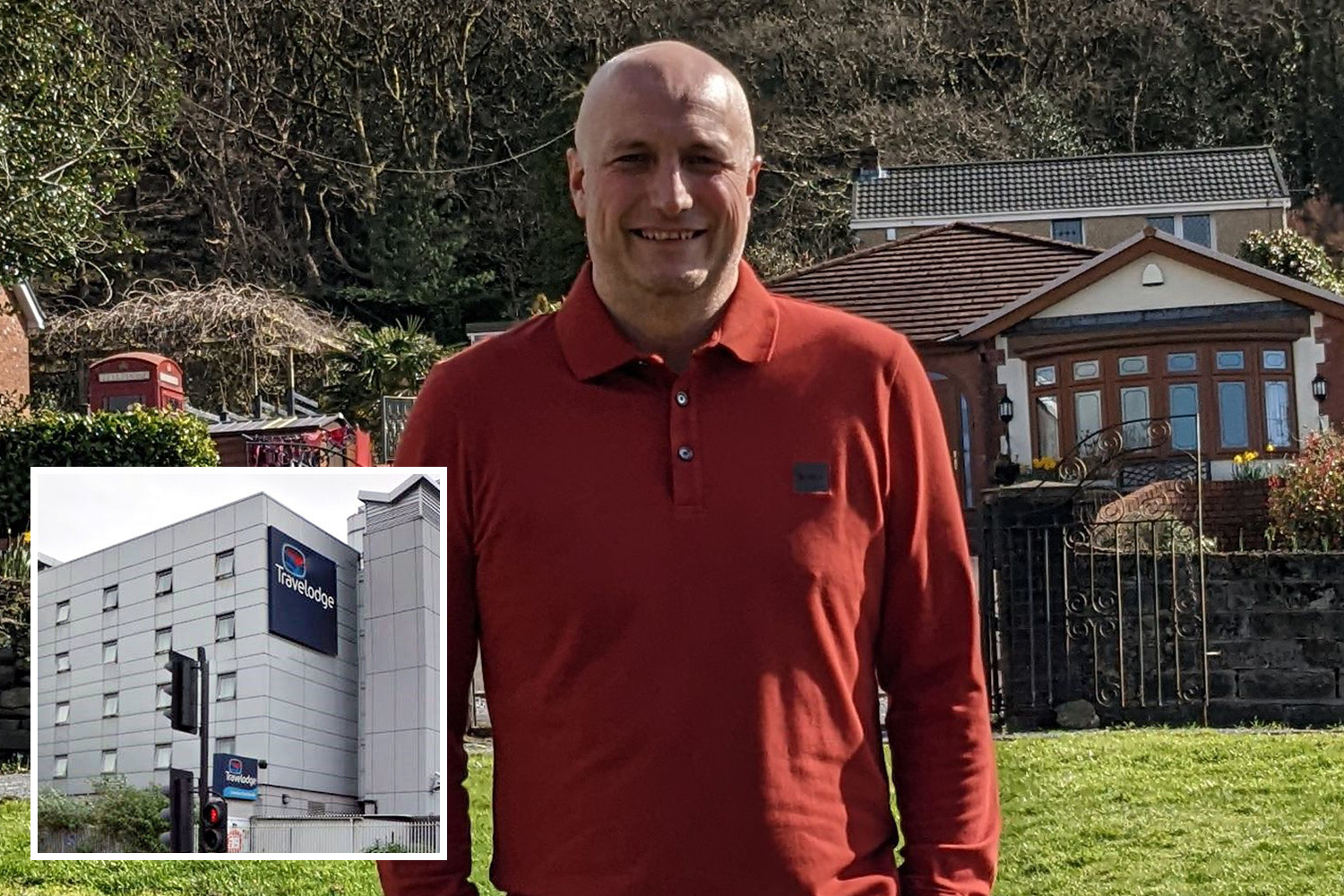 
A TRAVELODGE guest was left baffled by a disgusting message waiting for him when he got into his room.

Matthew Clarke, 39, from Swansea in Wales, was staying at a branch of the chain in the capital ahead of running the London Marathon last weekend.

The dad-of-three dropped his bags in his London Docklands Central room before glancing at the television and noticing the odd note.

A thought suddenly dawned on him that he might be in the wrong place.

Matthew said: “It’s a strange thing to see when you turn your telly on. My first thought was ‘am I in the right hotel?’, because it said ‘Welcome to Premier Inn.’

“Then when I read, ‘Please don’t wet the bed’, I thought ‘It’s not something I’m likely to do anyway’, and I thought it was funny.

“It does make you wonder what’s gone on there before.”

The next morning, Matthew brought up the message with the staff at reception when he was checking out.

But the hotel workers were just in the dark as he was.

They told him that were “a bit surprised” and would take a look at the room.

Matthew said: “I didn’t know where it had come from or who would have access to the messages on the TV screens.

“It could be staff, it could be a previous guest playing a prank on the next person in the room – I just really don’t know.

“It could even be a bit of corporate hijinks between the rival hotels.

“Who knows, it’s not something I’ve seen before.”

A spokesperson for Travelodge said: “We are very sorry to hear that Mr Clarke saw an unauthorised message on a television in one of our hotels.

“We take the security of our guests and systems seriously and whilst this is an isolated incident, we have launched a full investigation.

“If Mr Clarke had informed the hotel team at the time of his stay, they would have arranged a new room and launched the investigation immediately. We will also follow up with Mr Clarke and personally apologise for this isolated incident.”