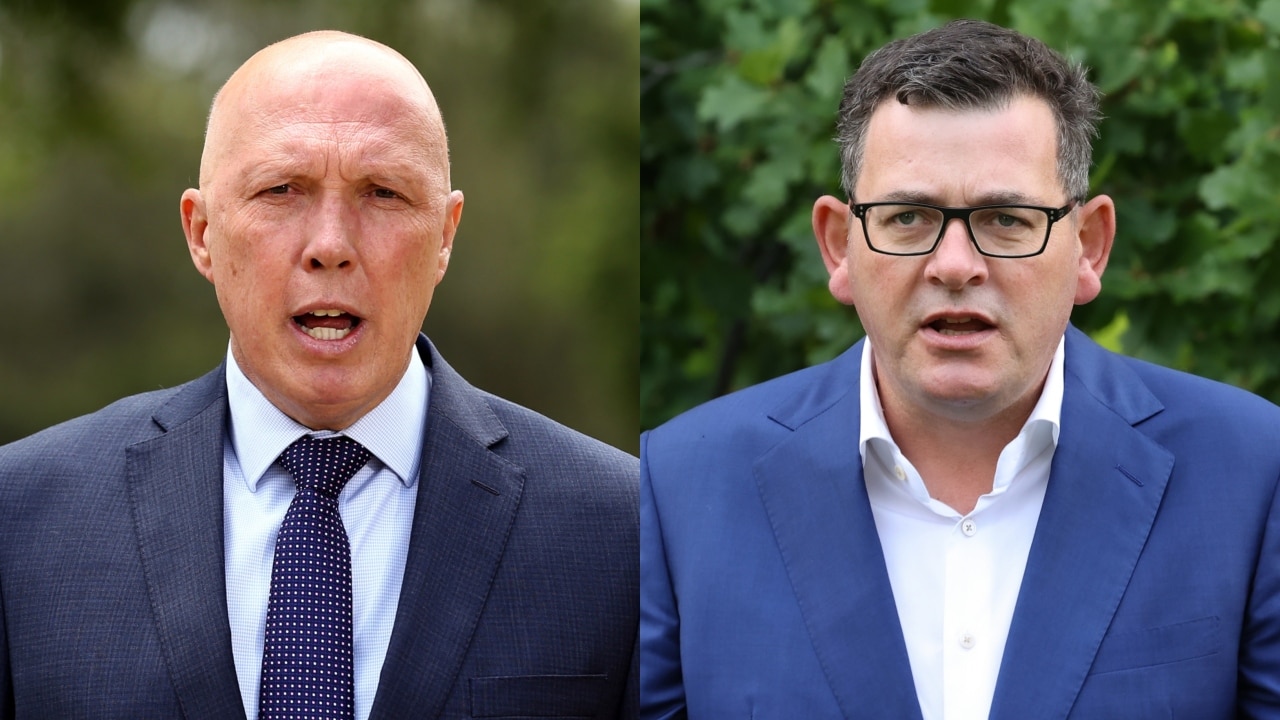 Mr Thorburn resigned a day after his appointment was announced following a series of attacks on his position as the chair of the City on a Hill church which is strongly anti-abortion and argues homosexuality is a sin.

Mr Dutton called on Australia’s leaders to condemn the treatment of Mr Thorburn over his religious views but the Victorian Premier fired back at the Opposition Leader.

“Peter Dutton is in no position to challenge anybody about anything he should reflect on nine wasted years where Victoria did not get a fair share,” Mr Andrews said.

“The greatest contribution he made was telling people in Victoria not to go out for dinner like seriously I’m not here to respond to anything peter Dutton says, I’m just not.”

“Instead he’s supported a decision which has crucified somebody for their religious beliefs, in our country in the year 2022 it shouldn’t be tolerated, it should be called out.

“I absolutely stand by what I said yesterday the Liberal Party has very strong values particularly around the rights of individuals.

“I’ll take every opportunity to assert those because people will know by the time of the next election there is a big difference between the Liberal Party and the Labor Party not just on social issues but on economic and national security issues as well.”

Mr Dutton continued the tirade against Mr Andrews turning criticism towards his management of the pandemic in Victoria.

The Opposition leader claimed that residents deserved a new premier after the countless lockdowns during the peak of the pandemic.

“I think Daniel Andrews presides over one of the most corrupt Governments in the country and if ever there was a time for a change in government it is now in Victoria,” he said.

“The people of Victoria… who have suffered through the long lockdowns over the last couple of years, the intrusion into their lives, the bad decisions that Daniel Andrews has presided over, the practices that he’s championed have been to the detriment to Victorians.

“I hope and pray that they can change government down there because Daniel Andrews is well and truly past his use by date and the gratuitous comments that he provides there’s nothing substantive in what he says he doesn’t argue the merit, he attacks the person and that’s how he gets away with skating over the issues where he’s had a failure.”

Mr Dutton labelled the criticism of Mr Thorburn an “egregious attack” on his religious views adding that while he disagreed with the views no Australian should be subject to discrimination based on their faith.

“We don’t tolerate discrimination against anybody on that basis,” Mr Dutton told reporters on Wednesday.

“I’m very deeply concerned, about the development in relation to this Essendon situation and the dismissal, frankly, should be reversed and Mr Thorburn should be reappointed to his position.”