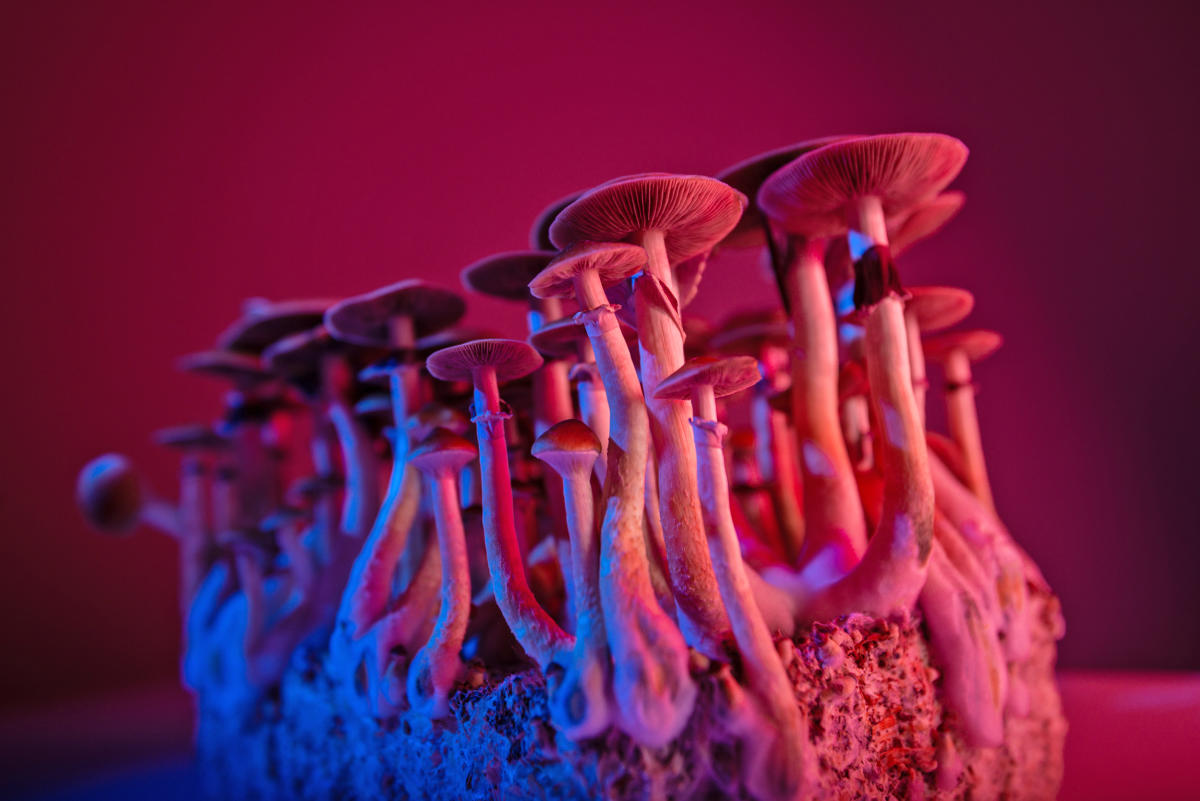 The largest-ever clinical trial of psilocybin — the psychedelic compound found in “magic mushrooms” — is set to begin by the end of December.

It’s the first time a clinical trial of the hallucinogen has reached Phase 3, one of the last steps necessary before an experimental drug can go to the Food and Drug Administration for possible regulatory approval.

The research will look at whether the drug can effectively treat depression when other therapies have failed.

COMPASS Pathways, a United Kingdom-based pharmaceutical company that focuses on psilocybin research, is conducting the study. It’s expected to include more than 900 people in 14 countries, including the U.S., and is projected to wrap by mid-2025, said Dr. Steve Levine, COMPASS senior vice president of patient access.

Levine said the company is building on previous research that shows the safety and effectiveness of the drug. “That gives us a lot of hope that potentially within a few years’ time we could bring this through regulatory approval and hopefully to patients who really need it.”

There are multiple hurdles. Most psychedelics, including psilocybin, are illegal at the federal level in the U.S. No one knows for sure how it might work to treat depression. And earlier research showed that less than a third of patients given psilocybin actually improved — and even then, the benefits faded after only a few weeks.

But is that enough to make a meaningful difference?

Of the 8.9 million people in the United States taking medication to treat depression, a 2021 study estimated that just under a third, or 2.8 million, aren’t helped by the drugs — a condition known as treatment-resistant depression.

The earlier research from COMPASS Pathways — a Phase 2 clinical trial — was published Wednesday in the New England Journal of Medicine. The trial included 233 participants with moderate to severe treatment-resistant depression. All had tried as many as four antidepressants prior to enrollment, without success.

“These are folks who are not only severely depressed but also very frustrated, because they’ve tried so many different things,” said Stewart Shankman, a clinical psychologist at Northwestern Medicine in Chicago who was not involved with the new research.

Psilocybin seemed to work for some participants, at least in the short term.

Three weeks after taking a 25-milligram dose of the drug, 29% of participants reported improvements in their depression, the researchers found. By three months, that had fallen to 20% — statistically indistinguishable from participants who had taken a lower dose — 10 milligrams or 1 milligram — of the drug.

Dr. Sandeep Nayak, an assistant professor of psychiatry and behavioral sciences at the Johns Hopkins University School of Medicine, noted that while most of the people in the study didn’t improve from the psilocybin, the trial did show a benefit in a group of people “who have not done well with existing treatments, and therefore are going to be much harder to treat.”

Nayak was also not involved with the COMPASS study, but does conduct research on psilocybin for other mental health conditions.

Despite the relatively low percentage of those who responded, Levine said he was excited by the results. “This is a difficult-to-treat population,” he said. “If we look at other existing data to give us some hints at how we would expect any kind of intervention to work in this population, we would expect much, much lower numbers.”

Dr. Steve Zalcman, chief of the Adult Pathophysiology and Biological Interventions Development Branch at the National Institute of Mental Health, called the new research “admirable,” but one that will require much larger and longer-term follow-up.

“For a lifelong, crippling disease like major depressive disorder, improvement at three weeks is nice, but it’s hard to build a story around,” said Zalcman, who was not involved with the new research.

Treatment with a psychedelic drug such as psilocybin is not as simple as giving a patient a pill and sending the person home.

On the day of treatment, participants are given the psilocybin in pill form, then lie down in a room with two therapists. They wear eye masks and listen to a “carefully curated playlist designed to map the trajectory of the psychedelic experience,” a representative for COMPASS Pathways said in an email.

The participants stay in that room for up to eight hours, with the therapists close by if needed. The FDA requires clinical trials of psilocybin to have two people with participants during each session for safety.

Zalcman, of the National Institute of Mental Health, said that because the study included talk therapy, it’s impossible to “disentangle” the two. That is, is it the drug that helps, or is it the combination of the two therapies? Previous research has found that the therapy component plays an important role.

In the Phase 2 trial, the majority of participants, regardless of what dosage they received, experienced side effects, usually within 24 hours of treatment. The most frequent complaints were headache, nausea, dizziness and fatigue.

But the study also picked up a potentially worrisome issue. Of the 79 people in the group that got the highest dose of psilocybin, two individuals reported suicidal thoughts during the three weeks following treatment. Another two people in the 10 milligram group had similar experiences.

Three months after treatment, three people in the 25 milligram group exhibited suicidal behavior. The company said that none of the behaviors resulted in suicide attempts, and that the three participants had a history of suicidal ideation.

Zalcman said that the number of people who experienced suicidal ideation in the study was so small that it’s difficult to interpret what it means, if anything.

These participants, Levine noted, did not respond to the psilocybin treatment.

It’s this lack of initial response that could be playing a role in suicidal behavior, Nayak said. He said that in his experience, patients with treatment-resistant depression pin a lot of hope on experimental treatments like psilocybin, and when it doesn’t work, “not only are they depressed, they are demoralized on top of that.”

All adverse events will be scrutinized in the upcoming Phase 3 trial. The project will include three parts. One will directly compare the 25-milligram dose to a placebo (possibly niacin, a B vitamin that causes a flushing sensation). Another will mirror the Phase 2 protocol, comparing 1-, 10- and 25-milligram doses, but will give a second dose three weeks later.

The goal, Levine said, is to see whether that second dose would improve response rates.

The trial is also expected to include long-term monitoring to see how long effects, if any, may last. Levine declined to say how long that part of the trial would last.

Another confounding issue with psilocybin’s potential is that no one really knows how it works. There is evidence that the drug engages with serotonin receptors in the brain. If that’s the case, researchers may be able to isolate the active ingredient and turn it into a pill that doesn’t make people hallucinate.

But another school of thought suggests that the euphoria produced by psilocybin trips may somehow help a person explore their feelings and experiences with depression that they can’t otherwise.

“Is the drug by itself enough? Or do you need the mystical experience?” Zalcman asked.

Despite the lack of understanding of its potentially therapeutic mechanism, psilocybin is also being studied for other difficult-to-treat conditions.

Researchers at NYU Langone Health are looking at psilocybin to treat alcoholism. Johns Hopkins Medicine, Nayak said, is researching whether the hallucinogen can help people stop smoking, as well as anorexia nervosa, chronic lyme disease and Alzheimer’s. He is preparing for upcoming studies on the drug’s potential for obsessive-compulsive disorder and opioid use disorder.

“Our ability to successfully and enduringly treat these disorders is embarrassingly low,” Zalcman said. “It’s not unreasonable that people have the aspiration to try to find treatments that work for these very severe and disabling disorders.”