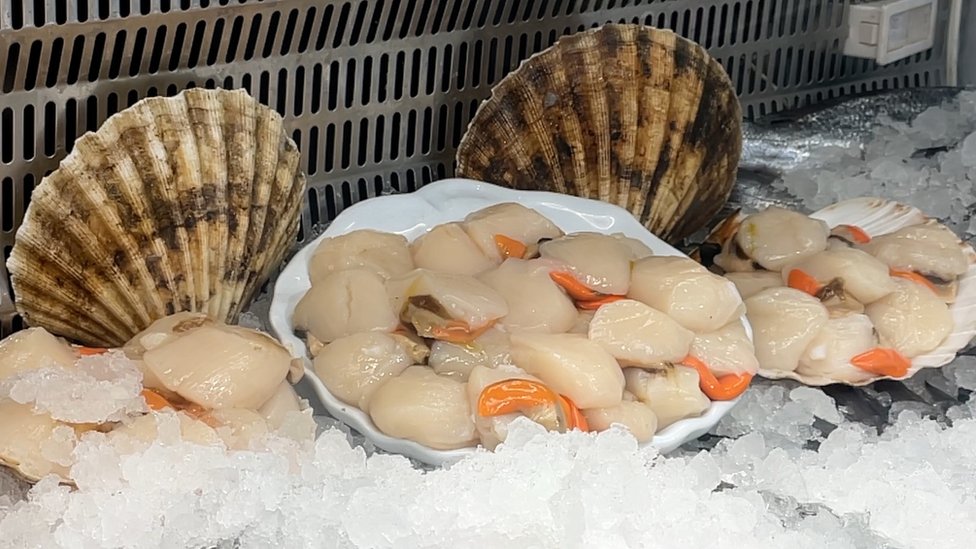 A cut in the size of Isle of Man king scallop fishing fleet should mean Manx boats make a profit “for the first time in years”, the industry body has said.

New rules around who can enter the fishery mean 60 vessels have been permitted to catch the shellfish this year, 15 fewer than in 2021.

The controls on fleet size should make the fishery more profitable, he added.

The new entry requirements ban any boats without a sufficient track record of fishing in the 0-3 mile area of the Manx territorial sea in the past four years.

The move forms part of a long term management plan developed by the Department of Environment, Food and Agriculture (DEFA) in conjunction with the fish producers and processors.

The plan comes after a period where the impact of Brexit led to higher export costs for Manx firms trying to sell scallops on into Europe, while some markets were closed off during the coronavirus pandemic.

Mr Beard said the fishery was at its “lowest ebb” in 2019, as scallop stocks were declining, and any increase in shellfish numbers was quickly reduced due to the large number of boats attracted to fish in Manx seas.

He said, although Manx fishermen “still aren’t making any money”, it was hoped that restricting the size of the fleet would be a “first step” in reversing their economic fortunes.

Many of the measures taken to protect the Manx fishery could be used as a model for other nations like England and Wales, who were now developing new fisheries managements agreements, he added.