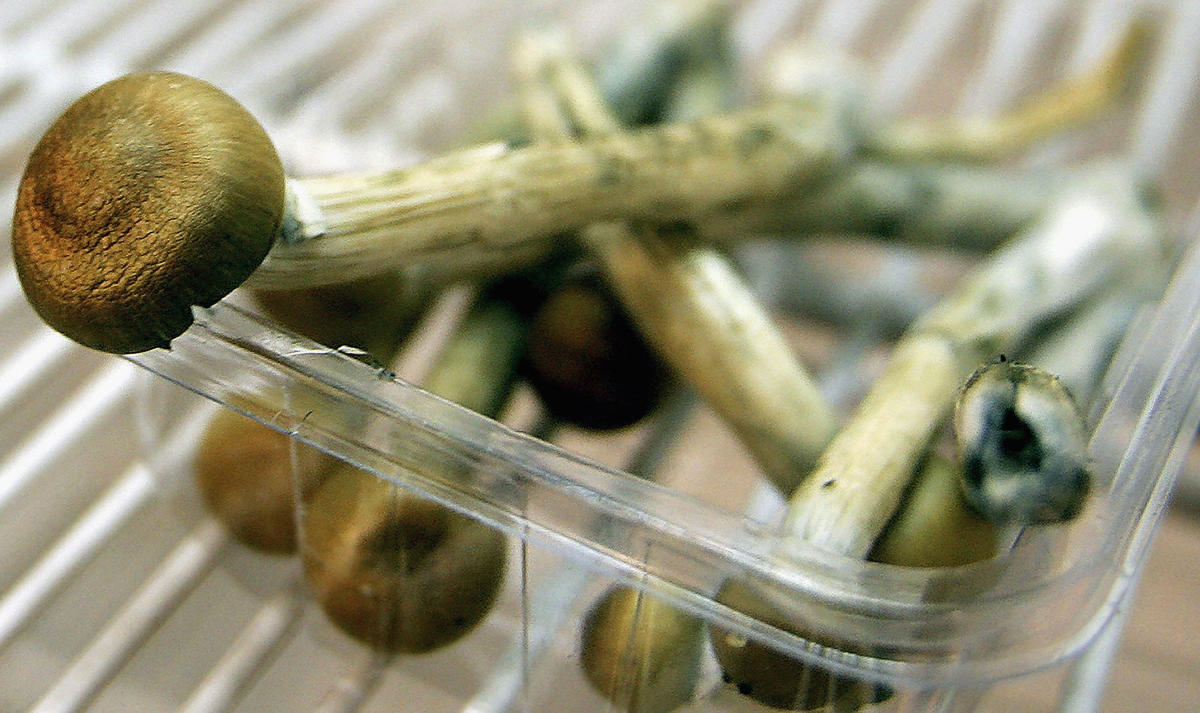 Psilocybin, the psychedelic chemical found in so-called magic mushrooms, may help treat depression in some patients, a new study found. Researchers said a 25 mg one-time dose of the synthetic formulation of psilocybin reduced depression scores significantly in patients — but was associated with adverse side effects.

For the peer-reviewed study, published in the New England Journal of Medicine, researchers randomly assigned adults with treatment-resistant depression a single dose of psilocybin. Patients with treatment-resistant depression had previously tried several different medications to treat their depression, but none of them worked, Dr. Steve Levine told CBS News. Levine is senior vice president of patient access and medical affairs at mental health care company Compass Pathways, where he works closely with the lead author of the study, Dr. Guy Goodwin.

For the study, participants received either a 25 mg, 10 mg or 1mg dose, which was the control group. They also received psychological support. Levine said all of the patients took the doses in the presence of a therapist.

Three weeks later, the researchers rated the patients’ depression using the Montgomery–Åsberg Depression Rating Scale (MADRS), a common clinician-administered test used to rate depression, which ranges form 0 to 60. They found those given 25 mg of the psilocybin dropped an average of 12 points on the scale. Those given 10 mg dropped 7.9 points, and the control group given 1 mg dropped 5.4 points.

Taking a 25 mg dose of the psilocybin results in a psychedelic experience, Levine said.

“Patients are not taking this at home, but it’s in a supervised medical setting, a room that is specially designed to be therapeutic and supportive,” he said. “They lie down, they wear and eyeshade, they listen a curated playlist of music. And most importantly, they’re attended the whole time.”

The session lasted six to eight hours and a therapist was there to support the patient and speak with them afterward, Levine said.

Levine said all of the patients took just one dose for the study.

“I wouldn’t say it’s not shocking, but it’s unusual in that any other available treatment for depression, most of them are medicines that have to be taken every single day, and sometimes multiple times a day,” he said.

“This is really unprecedented in the sense that it was just a single administration,” Levine added. “Now, that’s not to say that we think this is going to be curative. We think our treatment is likely to be used episodically.”

While the 25 mg group showed some remission from depression at three weeks, the results were not sustained at 12 weeks.

And out of the 233 participants, 179 showed adverse effects, which included headache, nausea and dizziness. Suicidal ideation or behavior or self-injury occurred in all dose groups, which Levine said is common, especially since all of the patients had treatment-resistant depression.

“The findings are both intriguing and sobering,” wrote Bertha Madras, a professor of psychobiology at Harvard Medical School, in an editorial published in the same issue of the journal.

Madras, who was not involved in the study, outlined numerous concerns about the potential risks of medical use of psilocybin, but noted, “Nevertheless, it is provocative that these agents show some short-term benefit for depression in selected populations.”

She called the latest study “the most rigorous and well-powered phase 2 clinical trial” conducted so far on the use of psilocybin to treat depression.

Levine said they are now in phase 3 of the study, where they are further testing the 25 mg dosage. He said if the drug ever becomes a regulated medication, it would likely be administered the same way as the study — in a medical setting in which the patient is monitored by a specialized therapist the entire time.

Oregon has already passed legislation that decriminalizes psilocybin. Colorado could become the next state to do so, with an initiative to allow regulated use of the drug on the ballot in the midterm elections this month. Colorado’s measure also proposes adding other plant-based psychedelic drugs to the program, including dimethyltryptamine, commonly known as DMT.