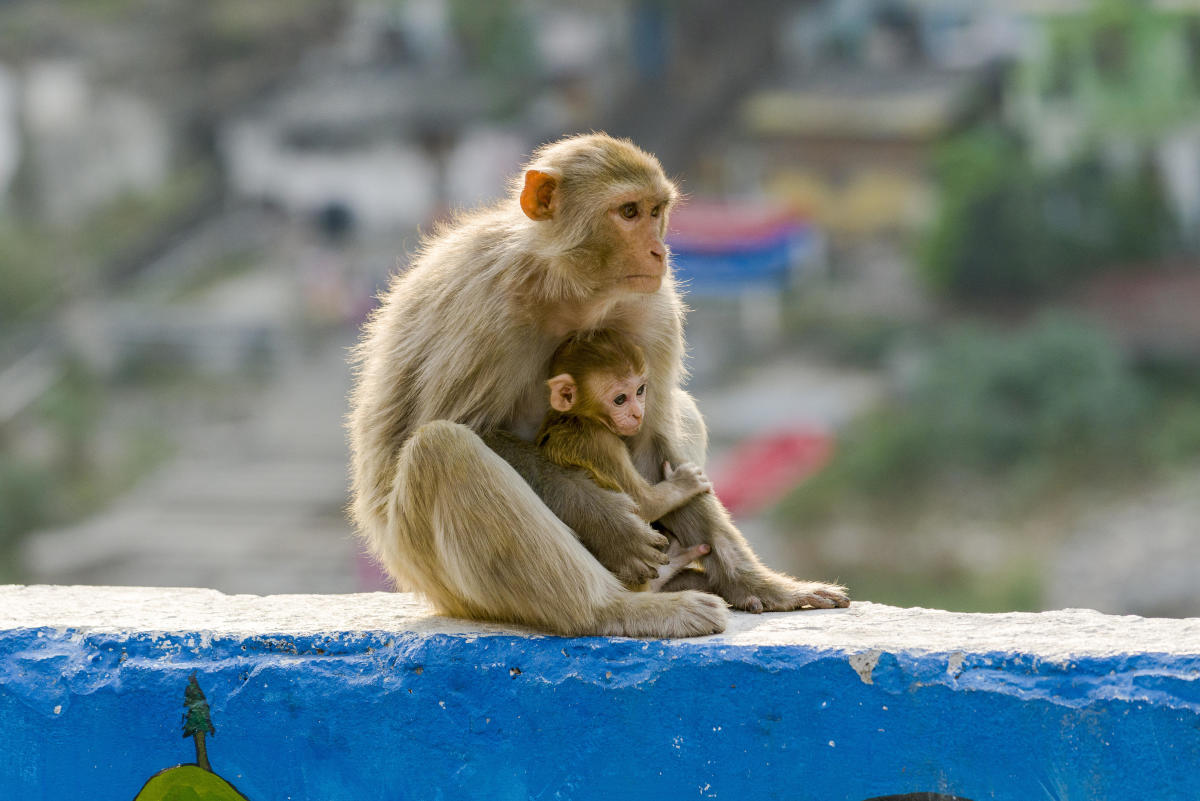 Mother monkeys permanently separated from their newborns sometimes find comfort in plush toys; this recent finding from Harvard experiments has set off intense controversy among scientists and reignited the ethical debate over animal testing.

The paper, “Triggers for mother love,” was authored by neuroscientist Margaret Livingstone and appeared in the Proceedings of the National Academy of Sciences (PNAS) in September to little fanfare or media coverage.

But once news of the study began spreading on social media, it provoked a firestorm of criticism and eventually a letter to PNAS signed by over 250 scientists calling for a retraction.

Animal rights groups meanwhile recalled Livingstone’s past work, which included temporarily suturing shut the eyelids of infant monkeys in order to study the impact on their cognition.

“We cannot ask monkeys for consent, but we can stop using, publishing, and in this case actively promoting cruel methods that knowingly cause extreme distress,” wrote Catherine Hobaiter, a primatologist at the University of St. Andrews, who co-authored the retraction letter.

Hobaiter told AFP she was awaiting a response from the journal before further comment, but expected news soon.

Harvard and Livingstone, for their part, have strongly defended the research.

Livingstone’s observations “can help scientists understand maternal bonding in humans and can inform comforting interventions to help women cope with loss in the immediate aftermath of suffering a miscarriage or experiencing a still birth,” said Harvard Medical School in a statement.

The school added it was “deeply concerned about the personal attacks directed at scientists who conduct critically important research for the benefit of humanity.”

Livingstone, in a separate statement, said: “I have joined the ranks of scientists targeted and demonized by opponents of animal research, who seek to abolish lifesaving research in all animals.”

Such work routinely attracts the ire of groups such as People for the Ethical Treatment of Animals (PETA), which opposes all forms of animal testing.

In its statement, Harvard Medical School said PETA had published content regarding the study on its website that was “misleading and contains factual inaccuracies.”

This controversy has notably provoked strong responses in the scientific community, particularly from animal behavior researchers and primatologists, said Alan McElligot of the City University of Hong Kong’s Centre for Animal Health and a co-signer of the PNAS letter.

He told AFP that Livingstone appears to have replicated research performed by Harry Harlow, a notorious American psychologist, from the mid-20th century.

Harlow’s experiments on maternal deprivation in rhesus macaques were considered groundbreaking, but may have also helped catalyze the early animal liberation movement.

“It just ignored all of the literature that we already have on attachment theory,” added Holly Root-Gutteridge, an animal behavior scientist at the University of Lincoln in Britain.

McElligot and Root-Gutteridge argue the case was emblematic of a wider problem in animal research, in which questionable studies and papers continue to pass institutional reviews and are published in high impact journals.

McElligot pointed to a much-critiqued 2020 paper extolling the efficiency of foot snares to capture jaguars and cougars for scientific study in Brazil.

The University of Massachusetts Amherst team behind the work says studying the tiny monkeys, which have 10-year lifespans and experience cognitive decline in their old age, are essential to better understand Alzheimer’s in people.

When it comes to testing drugs, there is evidence the tide is turning against animal trials.

In September, the Senate passed the bipartisan FDA Modernization Act, which would end a requirement that experimental medicines first be tested on animals before any human trials.

The vast majority of drugs that pass animal tests fail in human trials, while new technologies such as tissue cultures, mini organs and AI models are also reducing the need for live animals.

Opponents also say the vast sums of money that flow from government grants to universities and other institutes — $15 billion annually, according to watchdog group White Coat Waste — perpetuate a system in which animals are viewed as lab resources.

“The animal experimenters are the rainmaker within the institutions, because they’re bringing in more money,” said primatologist Lisa Engel-Jones, who worked as a lab researcher for three decades but now opposes the practice and is a science adviser for PETA.

“There’s financial incentive to keep doing what you’ve been doing and just look for any way you can to get more papers published, because that means more funding and more job security,” added Emily Trunnel, a neuroscientist who experimented on rodents and also now works for PETA.

Most scientists do not share PETA’s absolutist stance, but instead say they adhere to the “three Rs” framework — refine, replace and reduce animal use.

On Livingstone’s experiment, Root-Gutteridge said the underlying questions might have been studied on wild macaques who naturally lost their young, and urged neuroscientists to team up with animal behaviorists to find ways to minimize harm.

“Do I wish we lived in a world where generating this important knowledge were possible without the use of lab animals? Of course!” Livingstone said in her statement. “Alas, we are not there yet.”