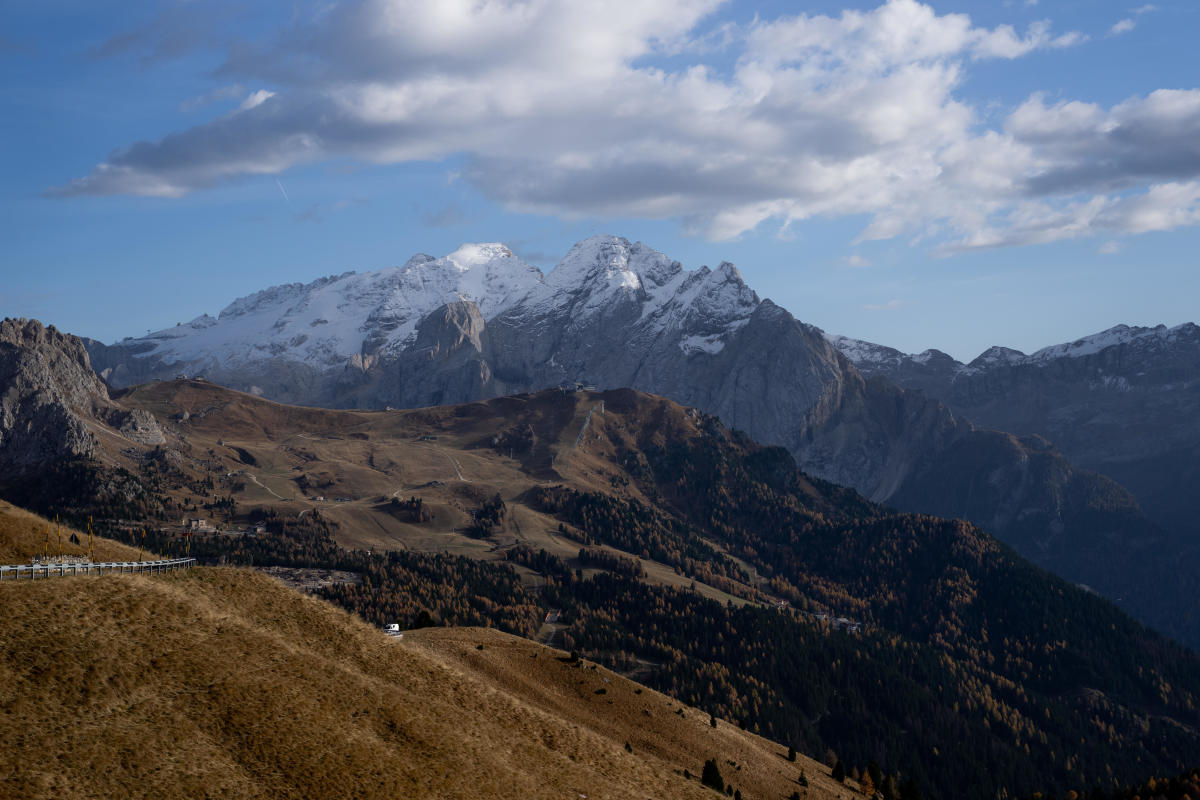 One-third of the world’s most iconic glaciers have been “condemned to disappear” within 23 years, according to a new report by the United Nations Educational, Scientific and Cultural Organization (UNESCO). The fate of these glaciers, which include those in Yosemite, Yellowstone and the Dolomites, is all but sure, UNESCO warned, as carbon emissions cause them to rapidly deteriorate.

There are roughly 18,600 glaciers in 50 UNESCO World Heritage sites, spanning nearly 25,500 square-miles and making up about 10% of the planet’s glaciers. But since 2000, these glaciers have been rapidly losing their ice — about 58 billion tons every year, an amount equivalent “to the combined annual water use of France and Spain,” the report says. That lost ice is responsible for about 5% of global sea level rise.

That deterioration of the glaciers — referred to as “sentinels of climate change” by UNESCO — is spurred by carbon dioxide emissions. This type of greenhouse gas emission has increased by about 90% since 1970, according to the EPA, with most of those emissions coming from the burning of fossil fuels and industrial processes. China emits the most carbon dioxide, the EPA says, followed by the U.S.

Most of the world’s continents will be impacted by the loss.

In Europe, glaciers in Italy’s Dolomites and France and Spain’s Pyrenees Mont Perdu will all “very likely” disappear by 2050, UNESCO  warned, and Yellowstone National Park and Yosemite National Park in the U.S. are also likely to see glaciers lost. Yosemite has two glaciers remaining that formed during the Little Ice Age — the Lyell and Maclure glaciers — that play a vital role in surrounding ecosystems by providing year-round cold water

Africa, however, will likely be the hardest-hit continent by the loss of glaciers, numbers-wise. According to UNESCO, every single World Heritage site on the continent “will likely be gone by 2050,” including those located in Kilimanjaro National Park and Mount Kenya.

Many other UNESCO World Heritage site glaciers are endangered as well. Those located in China’s Three Parallel Rivers area have lost the most ice out of any other UNESCO glaciers since 2000 — more than 57%. It’s also the fastest-melting glacier on UNESCO’s endangered list. Argentina’s Los Alerces National Park is home to the glacier ranked No. 2 for mass loss relative to 2000, which has lost 45.6% of its ice.

As daunting as the news is, UNESCO said in a press release that there is “only one effective solution: quickly reduce CO2 emissions.”

To prevent those sites from disappearing in the next 80 years, drastic measures must be taken, UNESCO said. And the only way to potentially do that is to limit global warming to 1.5 degrees Celsius compared to pre-industrial times.

“Only a rapid reduction in our CO2 emissions levels can save glaciers and the exceptional biodiversity that depends on them,” UNESCO Director-General Audrey Azoulay said in a press release.

Limiting warming to 1.5 degrees Celsius, however, may not be possible. Last week, other U.N. agencies issued their own reports that found there is “no credible pathway” to making that happen.

“Under current policies, the world is headed for 2.8 degrees of global heating by the end of the century,” United Nations Secretary-General António Guterres said. “In other words, we are headed for a global catastrophe.”

As the UNESCO report explains, glaciers are “crucial sources of life on Earth,” providing water resources to half of humanity. The basins drained by glaciers are also home to roughly 50% of global biodiversity “hotspots.” Many Indigenous groups and communities have cultural and spiritual ties to glaciers as well.

“When glaciers melt rapidly, millions of people face water scarcity and the increased risk of natural disasters such as flooding, and millions more may be displaced by the resulting rise in sea levels,” Bruno Oberle, IUCN director general said. “This study highlights the urgent need to cut greenhouse gas emissions and invest in Nature-based Solutions, which can help mitigate climate change and allow people to better adapt to its impacts.”

Guterres told CBS News on Thursday that COP27, slated to begin next week, will be essential in the fight against the climate crisis. The most important thing for nations to keep in mind, he said, is that “a clear political will” will reduce emissions at a needed pace.

That’s why, he said he proposed a pact between emerging and developed nations.

“If that pact doesn’t take place, we will be doomed,” he said. “Because we need to reduce emissions. … We must recognize loss and damage and we must create an institutional framework to deal with it.”