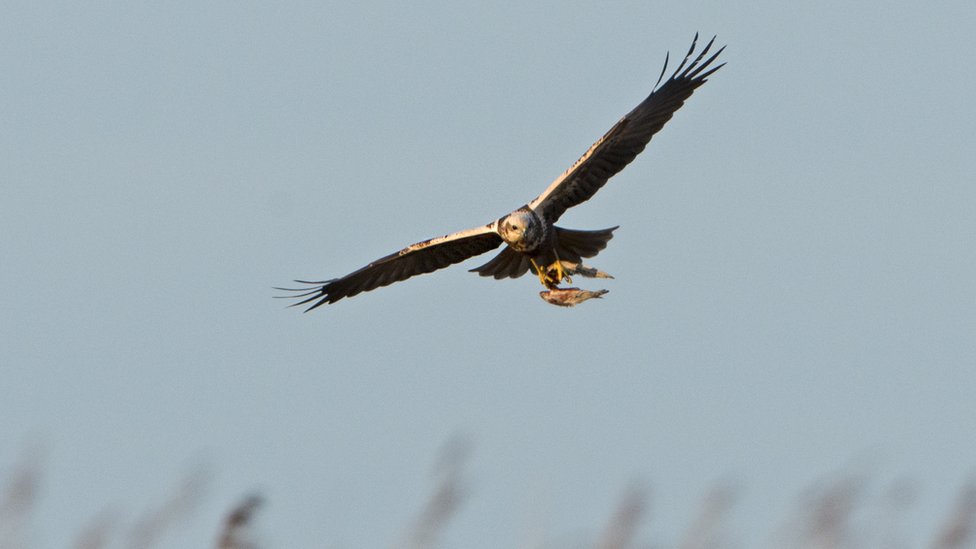 The trails will link Earith, Bluntisham, Over and Needingworth in Cambridgeshire to RSPB Ouse Fen.

Mapping the routes has been part of the Hanson-RSPB Wetland Project – a scheme to reclaim quarry land and expand the fen to 700 hectares by 2030.

The RSPB’s Jonathan Taylor said many villagers were unaware that the wetland was on their doorstep.

Residents took part in workshops to advise on the routes, pinpoint landmarks for walkers, and suggest ways to improve the habitat such as birdboxes and benches.

Mr Taylor said Ouse Fen has been undergoing a “significant restoration project” with Hanson UK, which runs a quarry at Needingworth.

The company is gradually transferring quarry land back to nature, creating the UK’s biggest reed bed covering 460 hectares, and expanding Ouse Fen to 700 hectares of wildlife-rich fenland habitat over the next eight years.

“At this time of year you’d be able to see marsh harriers flying overhead with their distinctive V shape, or bearded tits pinging around in the reed bed,” Mr Taylor said.

“We opened a new car park last summer on the B1050 near Earith, but we realised that some local villagers weren’t aware that the reserve’s even there.

“These maps are designed to bring people in without them having to drive to the new entrance.”

RSPB project officer Charlotte Mulderrig said: “Walking and getting out into nature has proven physical and mental health benefits.

“Not only that but every trip we have in a car makes an impact on our carbon emissions, so we’re really pleased to raise awareness of these walks to RSPB Ouse Fen from nearby villages.”

Hilton Law, of Hanson UK, said its partnership “highlights the benefits that managing the land left behind from mineral extraction can make in shaping and improving habitats for wildlife.”