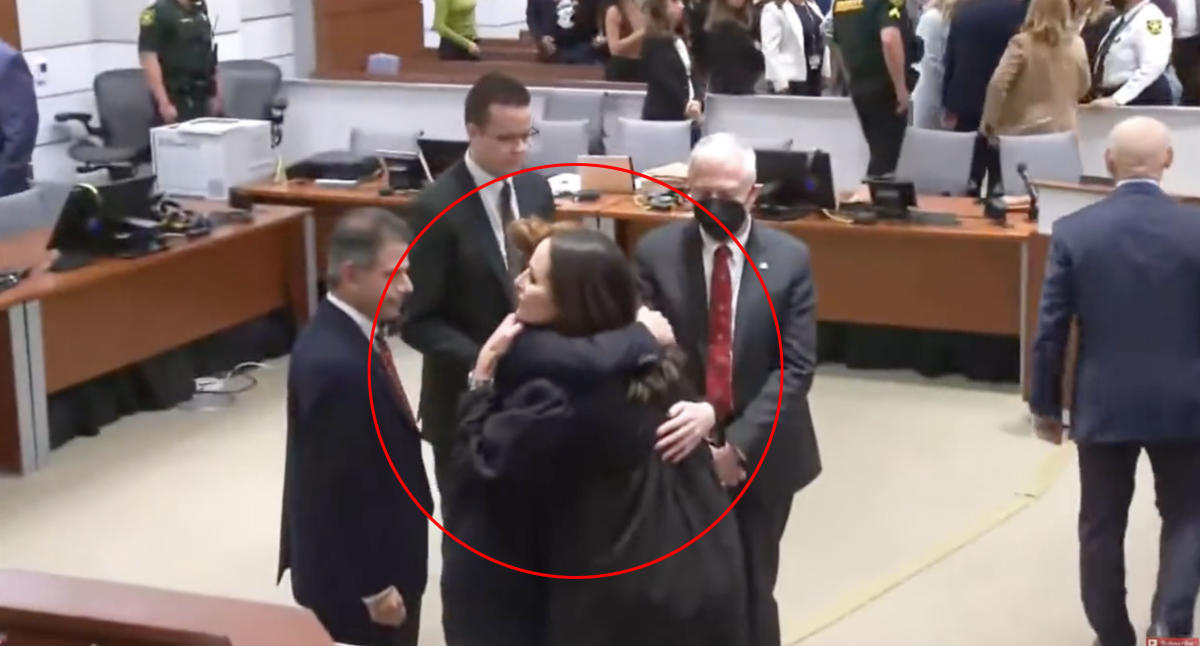 A judge presiding over one of America’s biggest cases of the year has been criticised over her behaviour in the courtroom, with her antics described as “wildly inappropriate”.

Judge Elizabeth Scherer sentenced school shooter Nikolas Cruz to life in prison for murdering 17 students and staff at Marjory Stoneman Douglas High School in Florida. But shortly after the sentencing, Judge Scherer was filmed hugging members of the prosecution team.

Video of the controversial move quickly went viral on social media, with hundreds labelling her actions as “biased”, “unprofessional” and “shameful”.

While some questioned if the judge’s moves could spark a mistrial, others pointed out it was unlikely seeing as the defence got what they wanted – a life sentence instead of the death penalty.

“As a public defender, this is so, so gross and inappropriate,” one woman wrote. “This isn’t about the defendant, which is obviously guilty and deserves his sentence. This is clearly inappropriate behaviour from a judge who is supposed to act without bias. Can’t happen,” a man added.

According to Florida’s Code of Judicial Conduct, judges must “avoid impropriety and the appearance of impropriety” at all times.

“Irresponsible or improper conduct by judges erodes public confidence in the judiciary,” the code says. “A judge must avoid all impropriety and appearance of impropriety. A judge must expect to be the subject of constant public scrutiny. A judge must therefore accept restrictions on the judge’s conduct that might be viewed as burdensome by the ordinary citizen and should do so freely and willingly.”

The day before the trial concluded, Judge Scherer agreed to a prosecution request to first allow relatives of Cruz’s victims to address the court.

Many victims’ relatives directly addressed Cruz, who sat inscrutable behind large spectacles and a Covid mask at a table alongside his public defenders.

Anne Ramsay, the mother of 17-year-old Helena Ramsay, told him he was “pure evil”; Inez Hixon called him a “domestic terrorist” for killing her father-in-law, school athletics director Chris Hixon.

Cruz was 19 at the time of his attack on February 14, 2018, about 50 kilometres north of the courthouse in Fort Lauderdale. He had been expelled from the school.

Some of the survivors went on to organise a youth-led movement for tighter gun regulations in the United States, which has the highest rate of private gun ownership in the world and where mass shootings have become recurrent.